The development of Bitcoin and thousands of other cryptocurrencies in a little over a decade has changed the definition of money. Here's what is happening in the fast-growing crypto finance industry. 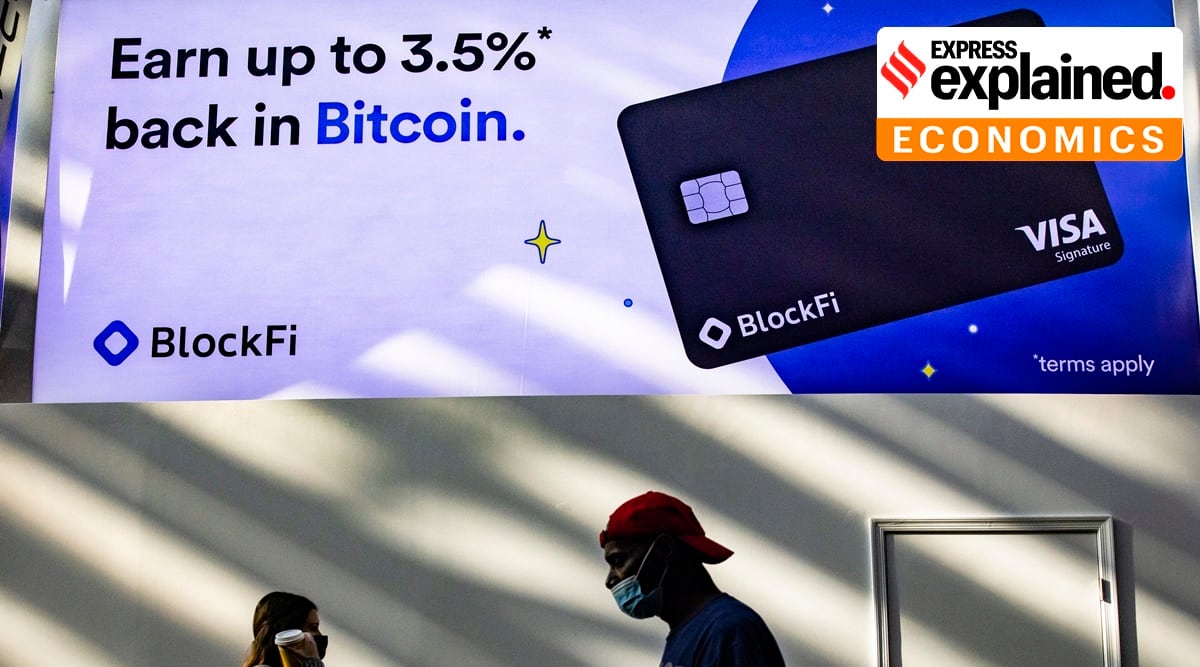 The development of Bitcoin and thousands of other cryptocurrencies in a little over a decade has changed the definition of money — and spawned a parallel universe of alternative financial services, allowing crypto businesses to move into traditional banking territory.

Here’s what is happening in the fast-growing crypto finance industry, a sector that has officials in Washington sounding alarm bells.

Most notably, lending and borrowing. Investors can earn interest on their holdings of digital currencies — often a lot more than they could on cash deposits in a bank — or borrow with crypto as collateral to back a loan. Crypto loans generally involve no credit checks as transactions are backed by digital assets.

Who’s in this sector?

The market is quickly being flooded with businesses from the vaguely familiar to science fiction-like entities. They run the gamut from BlockFi, which offers interest-bearing accounts like a bank and has state lender licenses, and Kraken Bank, which was granted a Wyoming bank charter and hopes to soon take retail deposits, to markets controlled by computer code and devised to be governed by users through a token distribution structure. Compound, a decentralized, automated lending and borrowing system began in 2018 and now has more than $18 billion in assets earning interest.

How do crypto offerings differ from bank services?

Superficially, some look similar. Take the BlockFi interest account, where consumers deposit cash or crypto and earn monthly interest, as if at a bank. But one big difference is the interest rate — depositors can earn a yield more than 100 times higher on BlockFi than on average bank accounts.

Those rewards come with risks. Deposits are not guaranteed by the Federal Deposit Insurance Corp. “Cyberattacks, extreme market conditions, or other operational or technical difficulties” could lead to a temporary or permanent halt on withdrawals or transfers, the company cautions in the fine print. Some regulators and lawmakers worry that those warnings are not prominent enough and that consumers need stronger protections.

Why such high yields?

Traditional banks lend out their customers’ deposits and pay clients a slice of the earnings as interest. Crypto outfits take a similar approach: They pool deposits to offer loans and give interest to depositors. But by law, banks are required to have reserves to ensure that even if some loans go bad, customers can still withdraw funds, whereas crypto banks do not have the same reserve requirements and the institutions they lend to can take risky bets.

BlockFi, for example, lends to hedge funds and other institutional investors who exploit flaws in crypto markets to make fast money without actually holding risky assets, betting on discrepancies between actual crypto values and crypto futures. When successful, their speculation generates returns that help fuel the higher, riskier consumer yields.

What is a stablecoin?

Crypto is very volatile, making it less practical for transactions like payments or loans. That’s where stablecoins come in. They are cryptocurrencies pegged to stable assets, commonly the dollar. They are meant to provide the steady value of government-issued money in digital form for blockchain transactions, but they are issued by private entities. Popular dollar-tied tokens include Tether and USD Coin. The number of stablecoins in circulation globally has jumped from $29 billion in January to $117 billion as of early September, according to The Block, a publication dedicated to cryptocurrency.

Also Read |Explained: The Fed Reserve’s plan for cryptocurrencies, and why it is significant

To keep the value of government-issued money stable, central bankers manage supply and demand and ensure that there are ample reserves. Stablecoin issuers are supposed to similarly hold and monitor reserves. But there is no guarantee they actually hold the one-to-one dollar backing they claim. Some authorities fear a sudden surge in withdrawals could lead to a collapse in one of those assets, putting consumers, financial companies and possibly the broader economy at risk. Others suggest a central bank digital currency would render stablecoins irrelevant.

What is a central bank digital currency?

Central bankers are examining the potential for issuance of a government-issued cryptocurrency. That would theoretically offer the convenience of crypto with the reliability of money controlled by a central bank. Many countries, including the United States, are considering developing a central bank digital currency. Because a stablecoin aims to do in digital form what government money does — provide a stable value — a US digital dollar could undermine the private money minters of the cryptosphere.

“You wouldn’t need stablecoins, you wouldn’t need cryptocurrencies if you had a digital U.S. currency — I think that’s one of the stronger arguments in its favour,” the chair of the Federal Reserve, Jerome H. Powell, said in July.

Stablecoin issuers say the government will not catch up to the innovations in the market for years — if at all. Meanwhile, the system will become more dependent on stablecoins, and it is unclear whether markets awash in those assets will abandon them altogether for a potential FedCoin.

Decentralized finance, or DeFi, loosely describes an alternative finance ecosystem where consumers transfer, trade, borrow and lend cryptocurrency, theoretically independently of traditional financial institutions and the regulatory structures that have been built around Wall Street and banking. The DeFi movement aims to “disintermediate” finance, using computer code to eliminate the need for trust and middlemen from transactions.

Practically speaking, users are not engaging with a financial services company — at least not one that collects identifying information or claims custody of their assets. It’s a computer-controlled market that automatically executes transactions, like issuing loans backed by crypto or paying interest on holdings.

DeFi platforms are structured to become independent from their developers and backers over time and to ultimately be governed by a community of users whose power comes from holding the protocol’s tokens.

By comparison, centralized finance, or CeFi, businesses more closely resemble traditional finance, or TradFi, where consumers enter into an agreement with a company like BlockFi that collects information about them, requires them to turn over their crypto and also serves as a central point for regulators.

Also Read |e-RUPI: A voucher system ahead of digital currency

Innovators argue that crypto fosters financial inclusion. Consumers can earn unusually high return on their holdings, unlike at banks. One in 10 American adults say they do not have a checking account and about a quarter are “underbanked” and unable to qualify for loans. Crypto businesses say they serve their needs and, outside the United States, provide financial stability for customers in countries with volatile government-issued currencies.

Crypto finance gives people long excluded by traditional institutions the opportunity to engage in transactions quickly, cheaply and without judgment, industry advocates say. Because crypto backs their loans, the services generally require no credit checks, although some take customer identity information for tax reporting and anti-fraud purposes. On a DeFi protocol, users’ personal identities are generally not shared, since they are judged solely by the value of their crypto.

What is a possible way forward?

Some regulators and innovators argue that new technology demands a new approach, saying novel risks can be addressed without necessarily crimping innovation.

For example, instead of mandating that DeFi protocols maintain the reserves of a bank and collect customer information, officials might create new kinds of requirements devised for the technology and products, like code audits and risk parameters.

Questions of identity, which are crucial to fighting financial fraud, could be addressed by flipping the old script. Instead of starting with specifics — collecting the identity of individuals — law enforcers could take the broad view, said J. Christopher Giancarlo, a former chair of the Commodity Futures Trading Commission, using artificial intelligence and data analysis to monitor suspicious activity and working back to track identity.

Taliban suicide bomber blows himself up in Pakistan; 4 killed, 20 injured