Kashi Tamil Sangamam begins Thursday: What is the ancient connect between Kashi and the Tamil land?

Besides the Kasi Viswanathar temple in Tenkasi, there are hundreds of Shiva temples in Tamil Nadu that bear the name of Kashi. We explain the link. 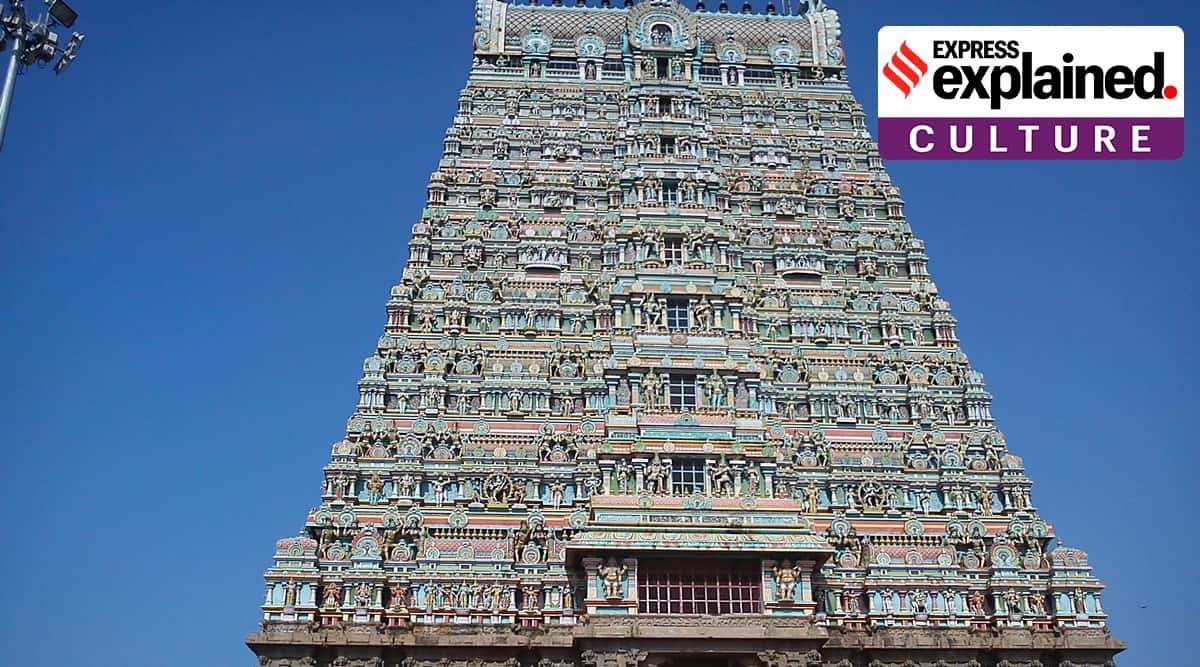 Legend has it that King Parakrama Pandya, who ruled over the region around Madurai in the 15th century, wanted to build a temple to Lord Shiva, and he travelled to Kashi to bring back a lingam. While returning, he stopped to rest under a tree — but when he tried to continue his journey, the cow carrying the lingam refused to move.

Parakrama Pandya understood this to be the Lord’s wish, and installed the lingam there, a place that came to be known as Sivakasi. For devotees who could not visit Kashi, the Pandyas had built the Kasi Viswanathar Temple in what is today Tenkasi in southwestern Tamil Nadu, close to the state’s border with Kerala.

What is the history of ties between Kashi and Tamil Nadu?

The connection between Kashi and the Tamil region is deep and old, said Dr Vinay Kumar of the Department of Ancient Indian History, Culture and Archaeology, at Banaras Hindu University (BHU). “Much later, another king, Adhivir Ram Pandyan, after returning from a pilgrimage to Kashi, constructed another Shiva temple in Tenkasi in the 19th century,” Dr Kumar said.

There’s more: “Sant Kumara Gurupara from Thoothukudi district had negotiated with the princely state of Kashi to get a place for the consecration of Kedarghat and Vishvesvaralingam in Varanasi. He also composed Kashi Kalambagam, a collection of grammar poems on Kashi,” Dr Kumar said.

What is the Kashi Tamil Sangamam?

The month-long Kashi Tamil Sangamam, which begins in Varanasi on Thursday, will celebrate the many aspects of the historical and civilisational connection between India’s North and South. Some 2,400 people from Tamil Nadu will be taken to Varanasi in groups for visits that will last eight days and will include, besides an immersive local experience, trips to Ayodhya and Prayagraj.

“The broader objective is to bring the two knowledge and cultural traditions (of the North and South) closer, create an understanding of our shared heritage and deepen the people-to-people bond between the regions,” the official note for the event, organised by the Ministry of Education, says.

This is in sync with the National Education Policy, 2020 which emphasises “on nurturing a generation that is modern and in sync with the 21st-century mindset, while being rooted in the Indian culture and ethos”, officials said.

BHU and IIT-Madras are knowledge partners for the event, and the Ministries of Culture, Tourism, Railways, Textiles and Food Processing have been roped in as stakeholders, besides the government of Uttar Pradesh and the Varanasi administration.

Educationist Chamu Krishna Shastry, chairman of the Bharatiya Bhasha Samiti under the Ministry of Education that proposed the Sangamam, said that since ancient times, higher education in Southern India was not considered complete without a visit by the scholar to Kashi.

“The connection between the two centres of knowledge (Kashi and Kanchi) is evident in the similar themes in literature, and the presence of the name Kashi in every village in Tamil Nadu,” Shastry said. “Kashinath is a popular name in Tamil Nadu.”

Besides the Kasi Viswanathar temple in Tenkasi, there are hundreds of Shiva temples in Tamil Nadu that bear the name of Kashi — there are some 18 of them in the area around Chennai alone, Shastry said.

“People from Rameswaram would take a dip in the Koti teertha (in the temple) before visiting Kashi for darshan; and they would bring back (Ganga) water from Kashi for abhiseka at the temple in Rameswaram. Only this would complete their pilgrimage at a time when it took six months to travel between Kashi and Rameswaram,” he said.

Shastry also mentioned the connection between the traders dealing in silk saris and textiles from Bananas and Kanchipuram, and architectural, culinary, and other kinds of connections. “We have just started the process of discovery and reconnection,” he said.

UK PM Sunak: China poses a threat but must also engage with them