COP27 discusses funds for poorer nations to tackle climate disasters. But who will pay, and how

Money is at the heart of every response measure that needs to be taken to fight climate change. The needs are at least a couple of orders of magnitude higher than what is currently available or pledged. Here is what is happening. 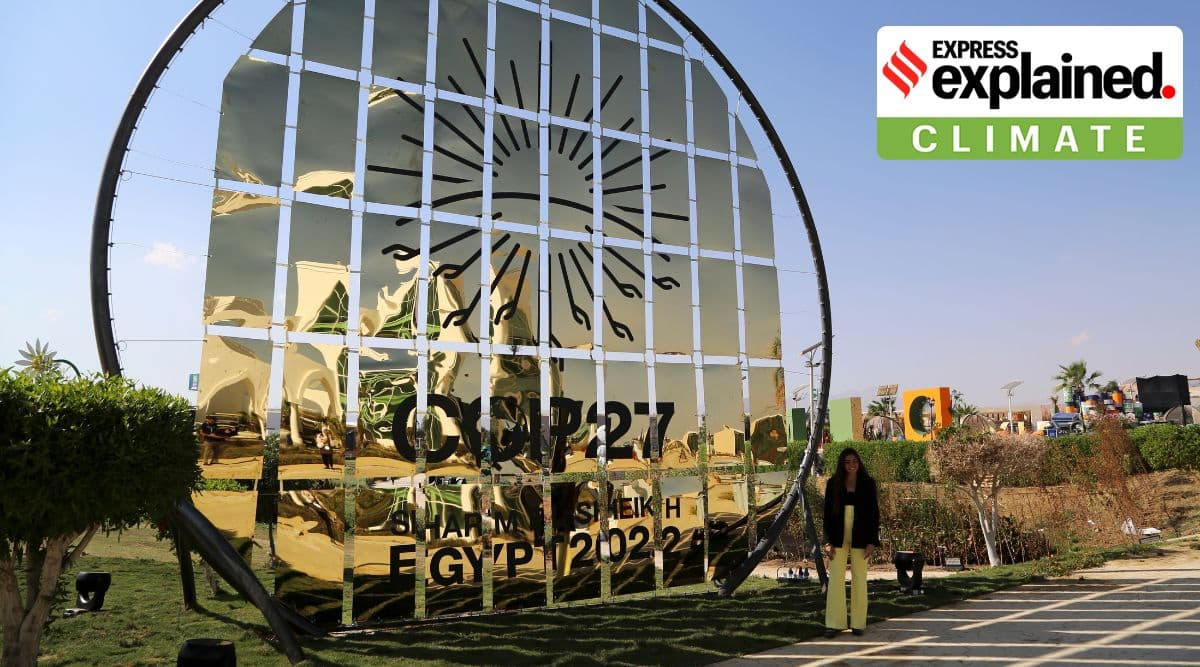 A woman poses near a sign for the COP27 U.N. Climate Summit on display outside the green zone, in Sharm el-Sheikh, Egypt. (AP)

The climate change meeting at Sharm el-Shaikh has agreed to discuss the creation of a financial provision to help poor and vulnerable countries hit by climate disasters. But that has triggered the most obvious and logical question: where is the money going to come from, and how much would be made available?

It is a question that presents itself in practically every discussion on climate change action. Money is at the heart of every response measure that needs to be taken to fight climate change. The needs are at least a couple of orders of magnitude higher than what is currently available, or pledged. And the needs are growing at a very fast pace. As UN Secretary General Antonio Guterres said on Monday, climate change was unfolding on a different timeline, and at a different scale.

The UN Framework Convention on Climate Change, the foundational agreement under which international climate negotiations take place, is very clear on where the money has to come from. It is supposed to come from the rich and developed countries, the countries that were held responsible for causing global warming through their greenhouse gas emissions over the last one century.

These countries, a group of about 40, are obligated to provide money for all kinds of climate action — reduction of emissions, adaptation, capacity building. Even reporting of emissions data in a detailed standardised format, for which small and less resourceful countries need to invest in elaborate infrastructure and technical manpower, needs to be financed by the developed world.

It is not that the other countries are having a free run. Under the 2015 Paris Agreement, each country is supposed to take action to the best of its ability. Large well-developed economies like India or Brazil finance most of their climate action with their own money. But the poorer countries or small island states are dependent on international finance even to protect themselves against disasters.

The biggest grouse against the developed countries is not that they emitted so much carbon over the years, or that they continue to do so. The biggest complaint has been that they have been running away from their responsibility to provide financial help.

It was in 2009, at the COP15 in Copenhagen, that the then US Secretary of State Hillary Clinton had promised, on behalf of the developed world, to mobilise US$100 billion every year from 2020 onwards. The countries had 11 years to raise the first tranche of US$ 100 billion, and arrange for continued flows thereafter. But more than two years past that deadline, the US$ 100 billion amount, a relatively modest sum of money in the climate change context, continues to remains elusive.

In a new analysis published on Monday, UK’s climate-focused website Carbon Brief showed how the United States was the biggest culprit in the failure of the developed world to put together US$ 100 billion amount.

It said that if each country were to contribute money in proportion to their contribution to historical emissions, the United States should have been providing US$ 40 billion of the US$ 100 billion amount. Instead, all that it has given till now is slightly less than US$ 8 billion. The UK, Canada and Australia were the other major laggards, the website said.

Arunabha Ghosh, founder CEO of Delhi-based Council on Energy, Environment and Water (CEEW), said nothing was more important at this time than scaling up climate finance, and delivering it on time.

“We need capital at a far greater scale. While the conversation on climate finance is trapped between a negotiated maximum and delivered minimum, the order of magnitude of annual climate finance support to developing countries should be in trillions and not billions. This shift in magnitude must be reflected in the new collective quantified goal for the period beyond 2025,” Ghosh said.

He pointed out that in every area that finance was needed, the delivery was way short of the of the target, even though the target itself was very low compared to the actual requirement.

To make up for the gaps, the developed countries are also indulging in a lot of greenwashing — dressing up money meant for other purposes as climate finance. One of the ideas being pushed at this climate meeting, including by India, is develop clear definitions for climate finance.