It’s not as though Mumbai generates lesser amounts of pollutants. Emissions from vehicles or industry are just as bad. But Mumbai has an important location advantage: its relatively clean air is the result of strong sea breezes that sweep air pollutants away from the land. 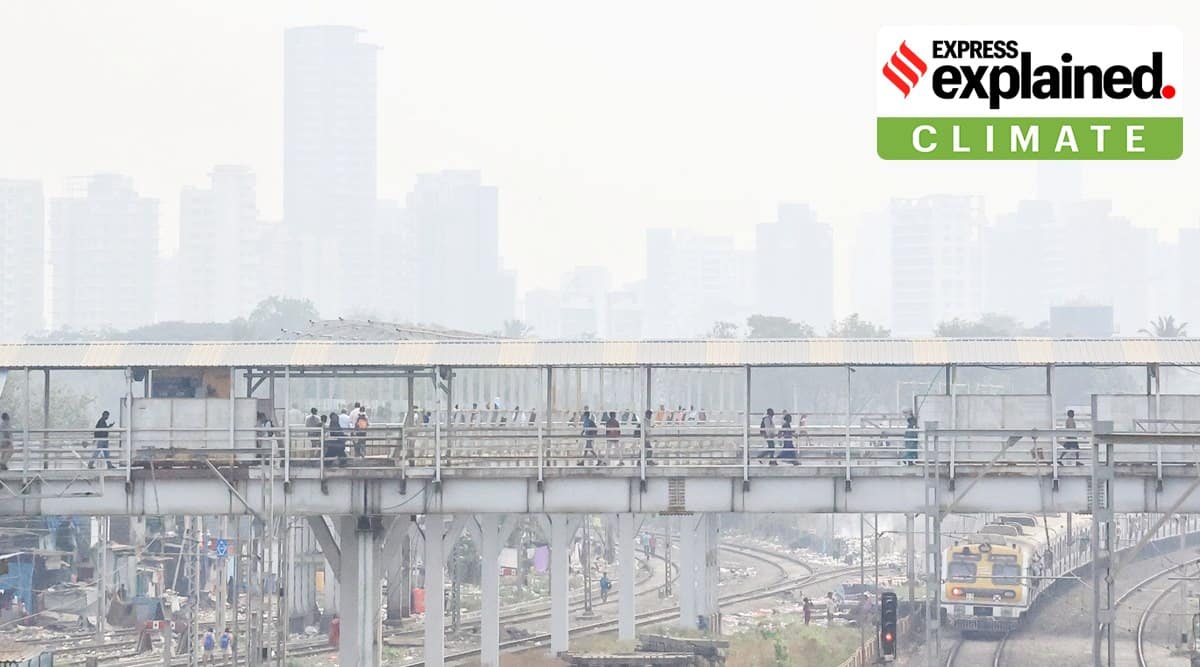 Mumbaikars are currently getting a taste of what people in Delhi have become used to at this time of the year. Over the last one month, air quality in the financial capital has been distinctly poorer compared to previous years.

On some days, like on Thursday morning, air quality in Mumbai was worse than that in Delhi. And late on Friday night, the SAFAR app was showing the overall air quality index (AQI) in Delhi at 249 (poor), while that of Mumbai (overall) was at 309 (very poor).

It’s not as though Mumbai generates lesser amounts of pollutants. Emissions from vehicles or industry are just as bad. But Mumbai has an important location advantage: its relatively clean air is the result of strong sea breezes that sweep air pollutants away from the land.

Since December 5, however, the AQI in Mumbai has consistently been in the “very poor” range (AQI of more than 300), according to measurements by the government-backed SAFAR (System of Air Quality and Weather Forecasting and Research) network.

This is not the first time that Mumbai has seen its air getting so polluted. But this has never lasted beyond one or two days. 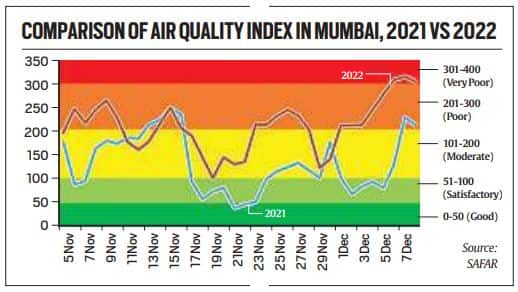 “The difference this year has been that the phase of bad air quality has been particularly prolonged. That is what makes it a matter of concern from the health perspective as well. Earlier, you had one or two days when the AQI was very bad, but then it would go away. This time, it has been continuing for more than a month now,” Dr Gufran Beig, former project director of SAFAR, said.

The most important reason for this could be the changes that are being observed in Mumbai’s natural cleansing system — its wind patterns. Dr Beig said wind speeds in Mumbai were distinctly slower this year, reducing its ability to sweep away pollutants.

“We do not fully understand why this is happening, but the wind speeds have declined this year. It needs to be investigated further. But the decline in wind speeds is significant enough to hamper its ability to blow away pollutants. This is one of the biggest reasons for the bad air quality in Mumbai,” he said.

Coupled with this, Dr Beig said, was a change in flow patterns.

“In Mumbai, winds move from land to sea for a few days, and then from sea to land. This cyclic pattern usually repeats every three-four days. When the wind is not moving away from the land, we see some accumulation of air pollutants over the city. But then the wind direction changes, and it all gets cleaned.

“What we are seeing this year, however, is that this cycle is delayed. Instead of repeating every 3-4 days, it is happening after a week, even 10 days. This is leading to large-scale accumulation of pollutants over the city. Even when the wind direction turns favourable, the lack of adequate speed means that the air is not entirely cleaned,” he said.

Dr Beig said the meteorological reasons behind this change needed to be probed. “As of now, we do not know whether this is being caused by some major unusual global event like the third consecutive year of La Niña (an abnormal cooling of the Pacific Ocean that impacts weather events across the world), or some combination of meteorological factors closer home. We also do not know whether the changes in wind patterns are temporary or persistent,” he said.

Another reason for the rise in air pollution in Mumbai could be an increase in the levels of emissions, possibly from construction activities. Large infrastructure projects, like the Mumbai Metro or the Coastal Road Project, which have seen increased activity in the last few months, could be generating significantly higher amounts of pollutants.

S N Tripathi, professor at IIT Kanpur and one of the foremost experts on air pollution in the country, said this could be possible, because Mumbai is currently witnessing a rise in PM10 (particulate matter of the size of 10 micrometres or smaller) levels as well.