Explained: A proposed elephant reserve in Chhattisgarh, and its reduced area

In a letter on June 26, the state Forest and Environment Department asked the Principal Chief Conservator of Forests (Wildlife) to make a presentation for decreasing the area of the proposed reserve from 1,995 sq km to 450 sq km. 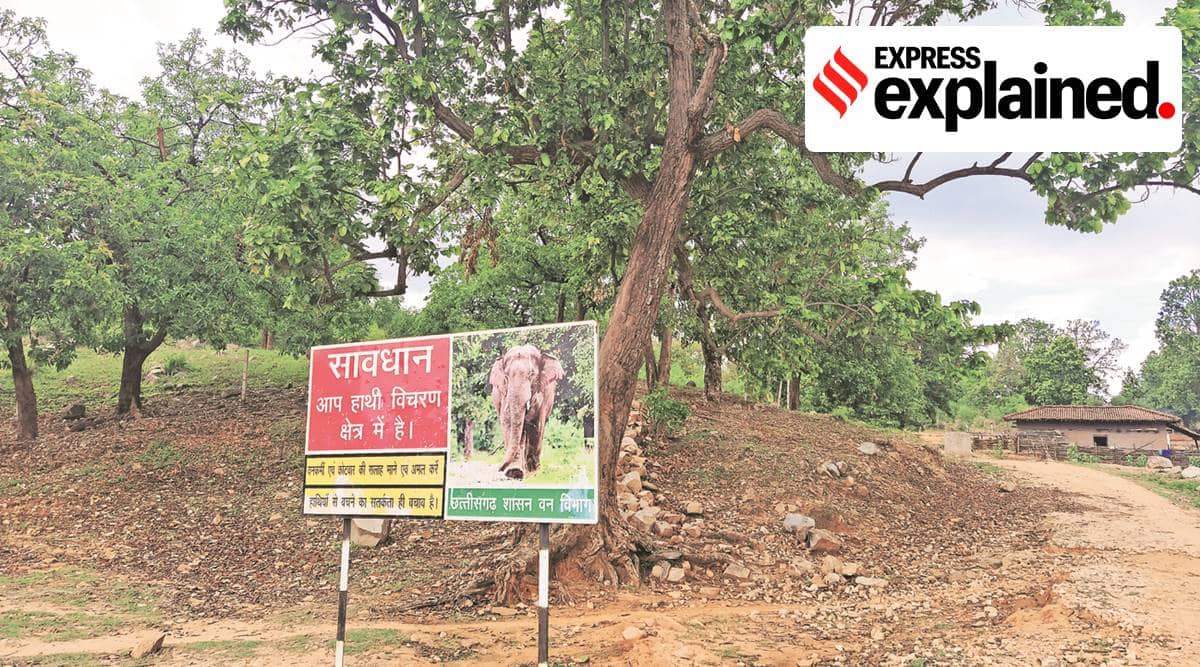 The proposed Lemru Elephant Reserve in Chhattisgarh, in the pipeline for 20 years, has become the subject of yet another controversy. In a letter on June 26, the state Forest and Environment Department asked the Principal Chief Conservator of Forests (Wildlife) to make a presentation for decreasing the area of the proposed reserve from 1,995 sq km to 450 sq km. This has run into opposition from the ruling Congress’s own leaders, including Health Minister T S Singh Deo and MLA Laljith Rathia.

What is Lemru Elephant Reserve?

The proposal for the reserve, in Korba district, was passed unanimously by the Assembly in 2005 and got central approval in 2007. Lemru is one of two elephant reserves planned to prevent human-animal conflict in the region, with elephants moving into Chhattisgarh from Odisha and Jharkhand. Its area was then proposed to be 450 sq km.

A letter from the then PCCF described the reserve as part of an elephant corridor that connects Lemru (Korba), Badalkhol (Jashpur), Tamorpingla (Surguja). “Unless the elephant corridor links all these areas, it will not be effective,” he wrote to his officers, asking them to start the process of notification after the central approval.

In September 2011, the then BJP government issued a notification for setting up the reserve across 1,143 sq km, according to the June 26, 2021 letter from the Forest and Forest Department.

The current Congress government, in a Cabinet meeting in August 2019, decided to increase the area further, to 1,995 sq km. But last month came the Forest Department’s letter to the PCCF (Wildlife) for reducing the area to 450 sq km.

Why does the government want to reduce the size of the reserve?

The area proposed under the reserve is part of the Hasdeo Aranya forests, a very diverse biozone that is also rich in coal deposits. Of 22 coal blocks in the area, seven have already been allotted with mines running in three, and in the process of being established in the other four. Under the ‘No-Go Area’ policy from the UPA area, the entire area was considered out of bound for mines, but in 2020, five coal blocks from the region were put on the auction list.

In 2008, the CII had written to the government requesting it to move the reserve to make 40 million tonnes of coal accessible. The then BJP government had shelved the plan for the reserve (this was reported in The Indian Express in September 2012).

Even after it was eventually notified, some forest officials said as recently as in 2020 that the biggest challenge in increasing the reserve area was that several coal mines would become unusable.

In its latest letter, the government has said the decision to reduce the area is because of requests from villagers and public representatives. However, several villages have already given their consent to acquisition of their land.

What is the government’s stand on the proposed and allotted mines?

The state government has removed the five coal blocks put in the auction list in 2020, noting that these areas would fall under the proposed reserve. It has also objected to the Centre’s recent notification on the land acquisition process of some areas under the Coal Bearing Areas (Acquisition and Development) Act, and said the Centre was infringing on the state’s decision to set up the reserve. The land acquisition process has begun in Kete Basan and Parsa coal blocks, which are around the reserve, even as tribals have protested against it.

Why is the reserve important?

According to Agriculture Minister Ravindra Chaubey, elephants are found in five divisions of the state. North Chhattisgarh alone is a home to over 240 elephants. More than 150 elephants have died in the state over the last 20 years, including 16 between June and October 2020.

Elephants in Chhattisgarh are relatively new; according to experts, they started moving into undivided Madhya Pradesh in 1990. While MP had a policy of pushing back the animals coming from Jharkhand, after Chhattisgarh was formed, the lack of a formal policy allowed elephants to use as a corridor a route in the north and central parts of the state. Since these animals were relatively new, human-animal conflict started once elephants started straying into inhabited areas, looking for food.

What happened to the other proposed elephant reserve?

Badalkhol Tamorpingla, the other elephant reserve measuring 1048.30 sq km, was notified in September 2011. Tamorpingla wildlife sanctuary exists in the state but no work on the elephant reserve has begun. Chhattisgarh has two national parks, three tiger reserves, eight sanctuaries, and one biosphere reserve covering 11,310.977 sq km, which is 8.36% of its geographical area and 18.92% of its total forest area.