Rijiju says Collegium system ‘opaque’: What is the Supreme Court Collegium, how does it work?

The collegium system is not rooted in the Constitution or a specific law promulgated by Parliament but has evolved through judgments of the Supreme Court. 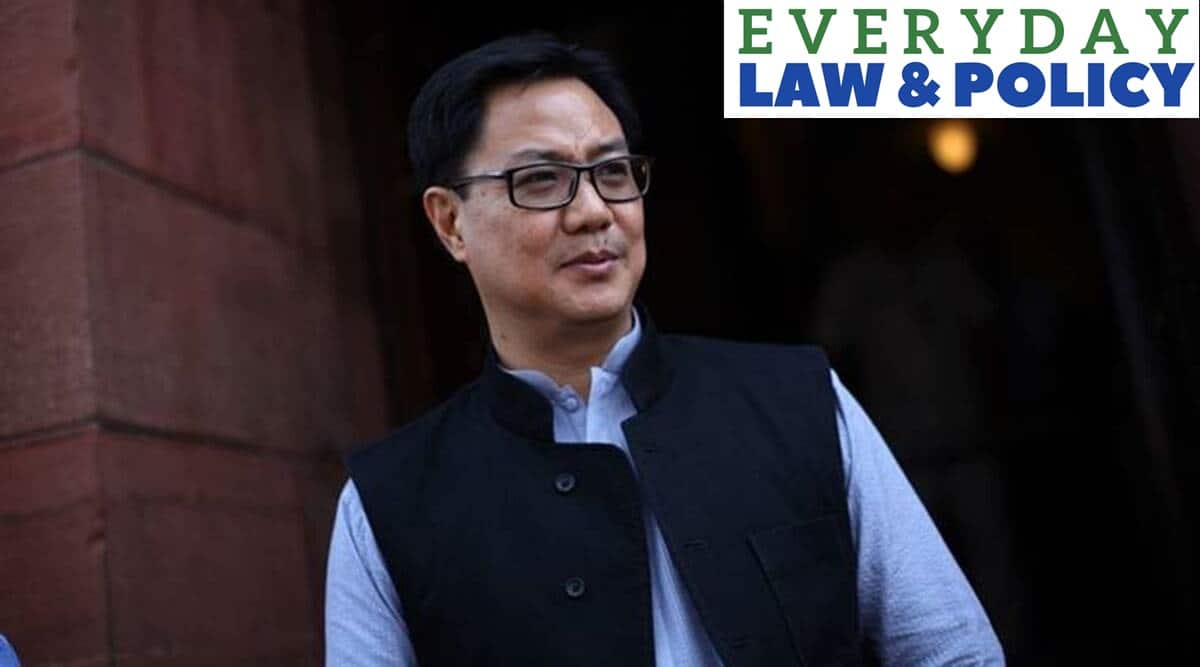 Rijiju said despite 'not being satisfied' with the Collegium system, he has to 'work with it till the government comes up with an alternative' mechanism. (File)

Union Law Minister Kiren Rijiju Friday (November 4) said the Collegium system is “opaque” and many judges “believe the same”. He said that despite not being satisfied with the system, he has to work with it till the government comes up with an alternative mechanism.

“I am not critical about the judiciary or the judges but I state a fact which is the reflection of the thinking of the common people of India. The collegium system is opaque and isn’t accountable. Judges and lawyers too believe this,” Rijiju said.

Earlier in October, with two of the five-member Supreme Court Collegium against a proposal to recommend four new judges to the top court through a written note instead of a formal meeting, Chief Justice of India U U Lalit was learnt to have written to them again, seeking reconsideration of their stand.

CJI Lalit is due to retire in a month, leaving him with very little time for appointments. As per convention, the government writes to the outgoing CJI before his retirement and the CJI recommends the name of the most senior judge as the successor about a month before retirement. Once a new name is recommended, the incumbent CJI usually refrains from taking decisions on appointment of judges.

Despite CJI Lalit’s letter, the two judges, The Indian Express has learnt, are firm that the process of “holding a Collegium meeting by circulation” instead of face-to-face deliberations is unheard of and they cannot be party to it,.

What is a Collegium, and how does it appoint judges?

The role of the government in this entire process is limited to getting an inquiry conducted by the Intelligence Bureau (IB) if a lawyer is to be elevated as a judge in a High Court or the Supreme Court. The government can also raise objections and seek clarifications regarding the collegium’s choices, but if the collegium reiterates the same names, the government is bound to appoint them.

Sometimes the government delays making the appointments, especially in cases where the government is perceived to be unhappy with one or more judges recommended for appointment by the collegium. Supreme Court judges have sometimes expressed anguish over such delays.

On what grounds has the collegium system been criticised?

Critics have pointed out that the system is non-transparent, since it does not involve any official mechanism or secretariat. It is seen as a closed-door affair with no prescribed norms regarding eligibility criteria, or even the selection procedure. There is no public knowledge of how and when a collegium meets, and how it takes its decisions. There are no official minutes of collegium proceedings.