PM Narendra Modi calls for ‘One Nation, One Uniform’ for police: who decides what the police wear on duty?

Prime Minister Narendra Modi's 'One Nation, One Uniform' suggestion is in line with his broader attempt to introduce a uniform set of policies across the country. 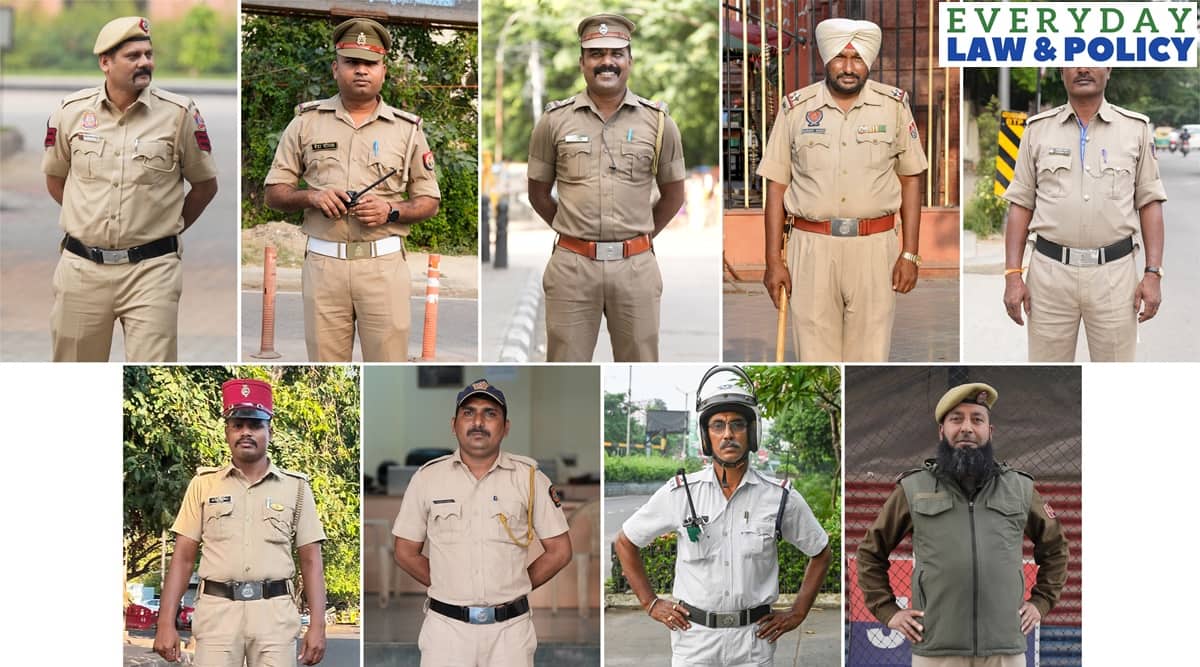 “The ‘One Nation, One Uniform’ for police is just an idea. I am not trying to impose it on you. Just give it a thought. It may happen, it may happen in 5, 50, or 100 years. All the states should just think it over,” the PM said, adding that he believed the identity of police across the country should be the same.

In Premium |Delhi Police reaches out to NIFT for new uniform, with focus on comfort

“Just like there is a post box that has a distinct identity, police uniforms should be identifiable uniformly across the country,” Modi said.

Modi has also repeatedly suggested the implementation of “One Nation, One Election”, and adopting a single voter list for all polls.

Law and order is a State Subject

The Indian Constitution puts police forces under the jurisdiction of state governments, and each of the 28 states have their own police force. Both ‘public order’ and the ‘police’ are placed in List II (State List) of the Seventh Schedule of the Constitution, which deals with the division of powers between the Union and States.

In the circumstances, it is unclear how the PM’s suggestion, if the government were to take it up seriously, might be implemented.

While police personnel in India are often associated with the colour khaki, their uniforms do differ in varying degrees in different regions. Since state governments and even an individual force can decide the uniform their personnel wear, there are at times inconsistencies in their official attire. For example:

Over the years, police departments of various states have made various attempts to reform uniforms for their personnel.

* In February 2018, in a bid to prevent colour variation in the uniform of its personnel, the Maharashtra police had decided to provide dope-dyed khaki fabric for its staff. Members of the force buying khaki cloth on their own led to inconsistencies in the shade of the uniform, the police had argued.

* In October 2018, the Karnataka Police announced that women personnel would no longer wear khaki saris, rather a khaki shirt and trousers while on duty. This would make it easier for policewomen to do their job and improve their effectiveness in dealing with crime.

* In February of this year, the Maharashtra DGP issued a circular discontinuing the practice of wearing a “tunic uniform” for officers from the rank of Police Sub Inspectors (PSI) to Deputy Superintendent (DySP). A tunic uniform is a British-era overcoat worn over the traditional uniform by the police force. It was discontinued because personnel had complained that it was uncomfortable in hot, muggy weather, and that its use, restricted to ceremonial parades two to three times a year, was an unnecessary expense.

* In March of this year, The Indian Express reported that the Delhi Police had asked the National Institute of Fashion Technology (NIFT) to design fresh uniforms, with an immediate focus on clothing that would be more comfortable. It also asked them to come up with accessories to go with the uniforms, and an estimated Rs 50 lakh was learnt to have been approved by the Delhi Police HQ for the project.