Steve Bannon, who was once chief strategist for President Donald Trump, has been charged with contempt of Congress. Why is he involved in the US Capitol Hill riot investigation? 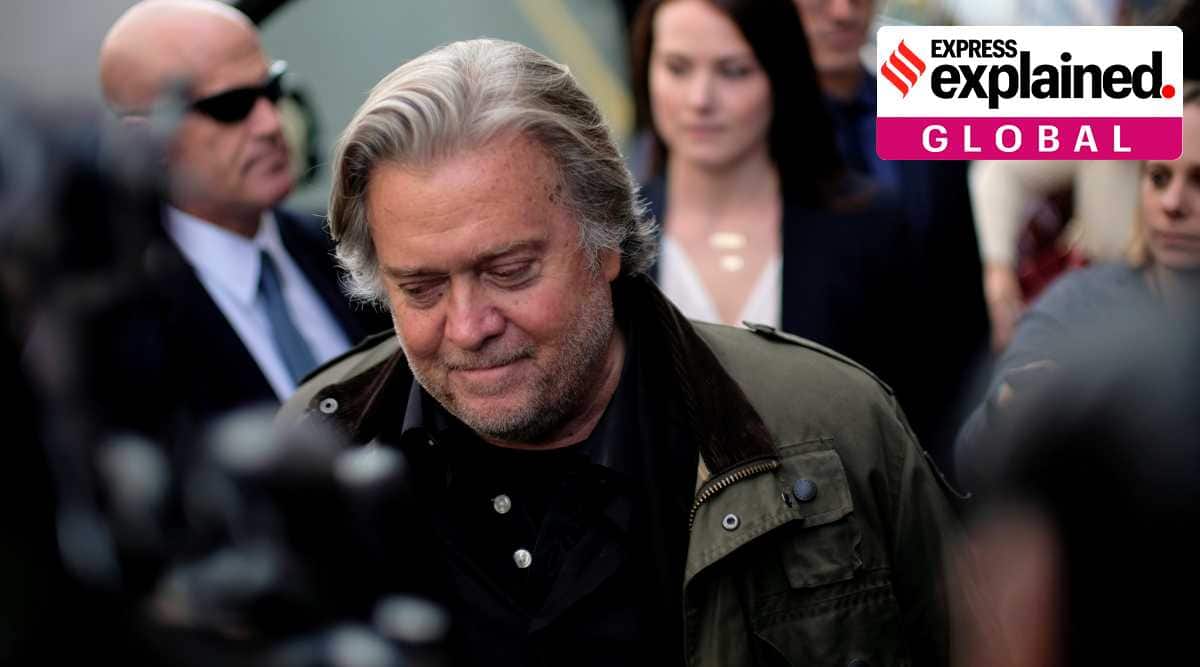 Former US President Donald Trump’s former chief strategist Steve Bannon was charged with contempt of Congress after he refused to give evidence about the US Capitol Hill riot in which an armed mob of Trump supporters stormed the Capitol Hill and clashed with police as the Congress convened to validate Joe Biden’s presidential win.

Earlier this year, with just hours before he left the White House, Trump pardoned Bannon and 73 people, including rapper Lil Wayne, and commuted the sentences of 70 others, including rapper Kodak Black and Kwame Kilpatrick, a former mayor of Detroit.

In August 2020, Bannon was charged with fraud and conspiracy to commit money laundering in connection with a fundraising campaign to privately build a wall on the border between the US and Mexico – a major campaign promise by Trump. The project idea had been floated in 2018 after the US Congress refused to sanction funds required for the wall.

Bannon and three others were accused of duping thousands of people who donated for the effort, named “We Build the Wall”, which raised $25 million. Of this money, prosecutors alleged that Bannon received over $1 million through a non-profit organisation that he controlled, some of which he used for covering personal expenses worth “hundreds of thousands of dollars”.

Earlier, Bannon joined the Trump campaign and served as a key adviser to then Republican Party candidate Trump during his 2016 election campaign, and was part of Trump’s close circle at the White House for a few months after he won the presidency.

Why is Bannon involved in the Capitol Hill investigation?

On September 23 the Select Committee, which was established when the US House of Representatives adopted Resolution 503, issued a subpoena to Bannon.

The cover letter to the subpoena stated the following: “The Select Committee has reason to believe that you have information relevant to understanding important activities that led to and informed the events at the Capitol on January 6, 2021. For example, you have been identified as present at the Willard Hotel on January 5, 2021, during an effort to persuade Members of Congress to block the certification of the election the next day, and in relation to other activities on January 6…. Moreover, you are quoted as stating, on January 5,2021,that “[a]ll hell is going to break loose tomorrow.” Accordingly, the Select Committee seeks both documents and your deposition testimony regarding these and multiple other matters that are within the scope of the Select Committee’s inquiry.”

The subpoena required that Bannon appear and produce documents to the Select Committee, which he did not comply with. But Bannon has maintained that the records that are sought by the subpoena are protected by “executive and other privileges”.

What is he charged with?

Bannon’s indictment is the first to result from the Select Committee’s investigation of the Capitol Hill Siege. With this ongoing investigation, Bannon could face up to a year in prison and may have to pay a fine of $100,000.