Explained: Does the effectiveness of Pfizer, AstraZeneca vaccines against Delta variant reduce over time?

The results show that the Pfizer vaccine offered a high level of protection — 92% — from developing a high viral load 14 days after taking the second dose, as against the 69% protection offered by the AstraZeneca vaccine. 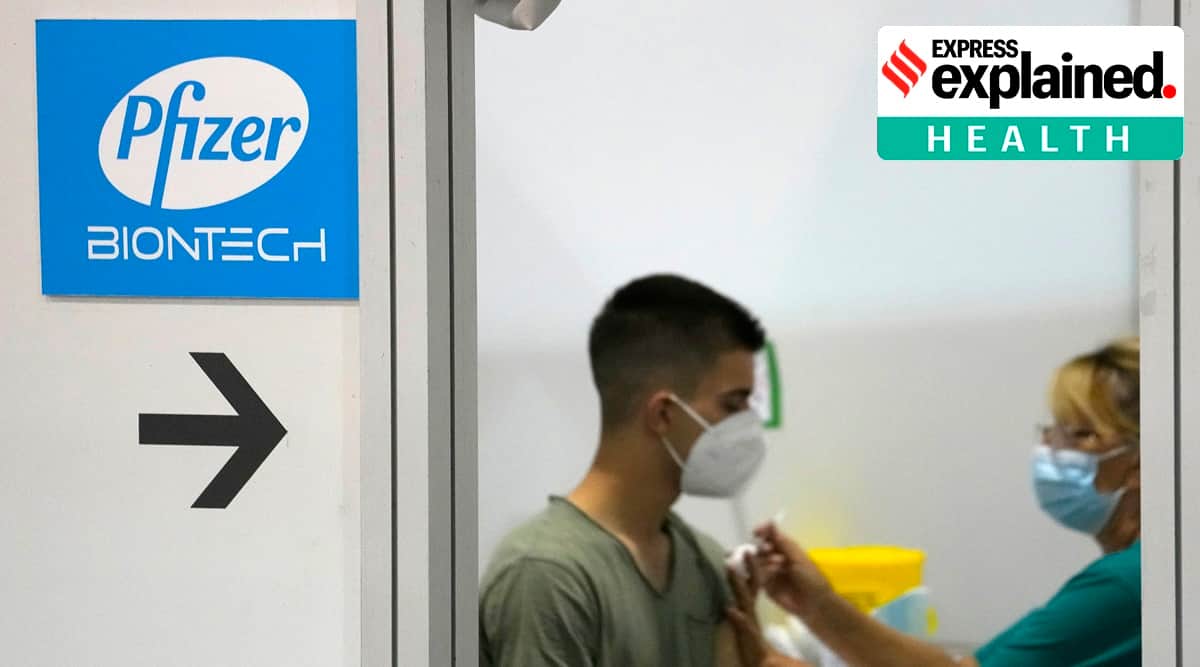 A medical worker administers a shot of Pfizer COVID-19 vaccine to a man at Belgrade Fair makeshift vaccination center in Belgrade, Serbia (AP)

The Pfizer-BioNTech and Oxford-AstraZeneca vaccines offer considerable protection against the Delta variant of Covid-19 but their effectiveness wanes over time, a new study carried out in the UK has found.

Researchers at the University of Oxford in the UK and the country’s Office for National Statistics carried out the study the results of which were published in a pre-print on August 19.

What are the key findings of the study?

The study has found that both Pfizer and AstraZeneca vaccines offer considerable protection against the Delta variant but their effectiveness reduces over time.

According to the researchers, the Pfizer vaccine offers greater protection than the AstraZeneca jab initially but its effectiveness also declines at a faster pace. Moreover, two doses of either vaccine provide at least the same level of protection acquired through natural Covid-19 infection. Also, people who get vaccinated after having been infected with Covid-19 have more protection against the virus.

The study also found that a single dose of the Moderna vaccine has similar or greater effectiveness against the Delta variant as single doses of the other jabs.

How much does the effectiveness of vaccines wane over time?

The results show that the Pfizer vaccine offered a high level of protection — 92% — from developing a high viral load 14 days after taking the second dose, as against the 69% protection offered by the AstraZeneca vaccine. Moreover, for infections with a high viral load, the effectiveness of the Pfizer vaccine went down to 90 per cent a month after taking the second dose, to 85 per cent after two months and 78 per cent after three.

For AstraZeneca, the equivalent protection offered were 67, 65 and 61 per cent.

Does it mean that breakthrough infections are more likely now?

The results of the study clearly show that the Delta variant is better at infecting already vaccinated individuals.

It also found that even in fully-vaccinated people, infections caused by the Delta variant produced peak viral loads which were similar to that in unvaccinated individuals. However, the peak viral load in those infected with the Alpha variant after being fully vaccinated was much lower.

Sarah Walker, a professor of medical statistics at Oxford and chief study investigator of the study, said it is unclear at this point “how much transmission can happen from people” who are infected with the Delta variant after being fully vaccinated.

“But the fact that they can have high levels of virus suggests that people who aren’t yet vaccinated may not be as protected from the Delta variant as we hoped. This means it is essential for as many people as possible to get vaccinated — both in the UK and worldwide,” she was quoted as saying by the University of Oxford website.

The results of the study did not offer any indication on how effective vaccines are in preventing severe forms of Covid-19 infection and hospitalisation.

Dvir Aran, a biomedical data scientist at Technion-Israel Institute of Technology in Haifa, told Nature that the results of the UK study could explain the high number of breakthrough infections being witnessed in Israel. “We are seeing high levels of breakthrough [infections] in the population that was vaccinated early, and on the other hand, we are seeing robust protection in those vaccinated recently — especially in 12–15-year-olds,” Aran said.

Three studies released by the Centers for Disease Control and Prevention recently have also found a reduction in vaccine effectiveness over time, which leaves individuals more vulnerable to breakthrough infections. These results will over time lead to more demand for — and an increased debate over — the need for booster doses.

Does the gap between vaccine doses affect the effectiveness of vaccines?

The study found that there was no relation between the effectiveness of vaccines and the gap at which the two doses have been administered.

Dr Koen Pouwels, senior researcher in the Nuffield Department of Population Health, was quoted as saying by the University of Oxford website: “The fact that we did not see any effect of the interval between first and second doses, and the greater effectiveness of having had two doses, rather than one dose, supports the decision to reduce this to eight weeks now. Delta is the main variant of concern in the UK.”

The study, however, found that younger people have more protection from vaccination than older people. 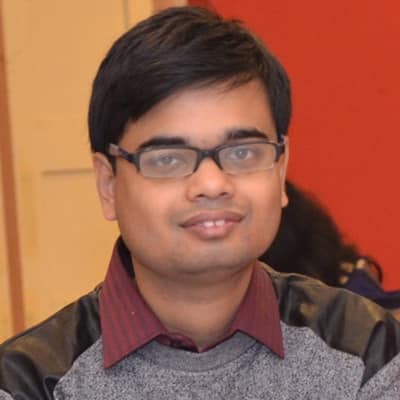