The issue is a long-standing one between Haryana and Delhi. It is brought into focus every time the concentration of ammonia increases in the river. 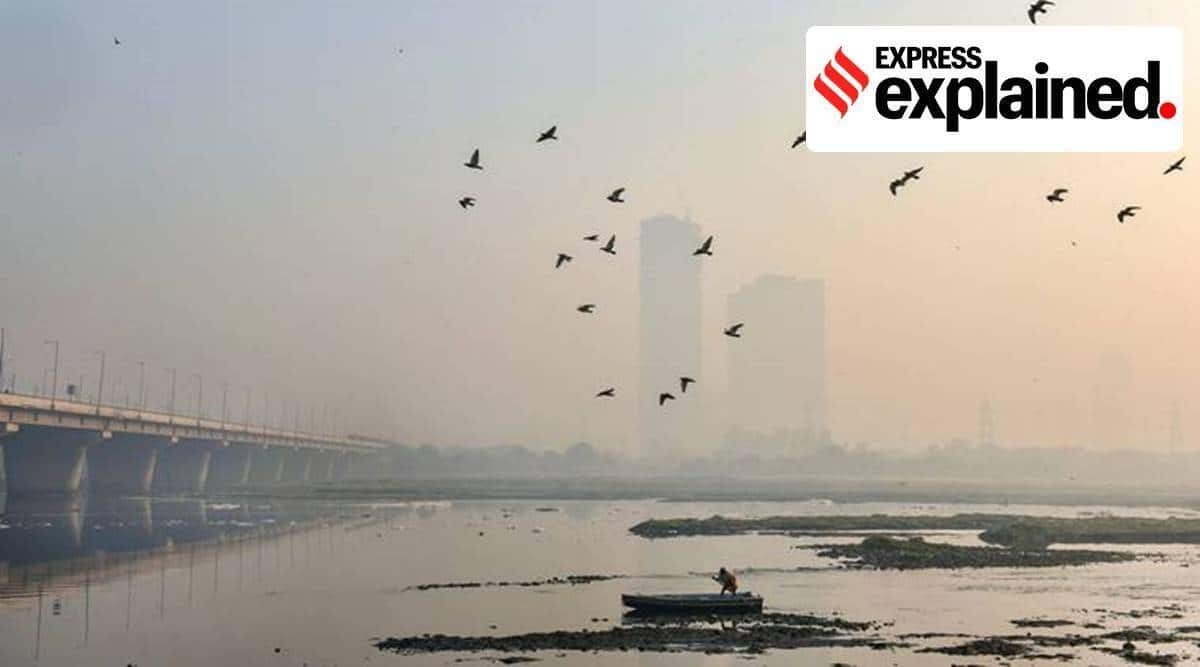 A view of the Yamuna. (PTI Photo)

The impact of increasing pollution in the Yamuna is being noted in frequent disruption to Delhi’s water supply. On at least five instances this year, high levels of ammonia in the river have prompted the Delhi Jal Board (DJB) to reduce or stop water production at its plants.

The most recent spike was noted on Monday and Tuesday, when ammonia levels shot up to 7.3 parts per million (ppm) at the Wazirabad pond area — where DJB draws water from — against its acceptable limit of 0.5 ppm.

DJB vice chairman and Aam Aadmi Party (AAP) leader Raghav Chadha blamed the Haryana government on Tuesday for releasing industrial effluents in the river “despite repeated reminders.” He also asked the Central Pollution Control Board (CPCB) and the Upper Yamuna River Board (UYRB) to look into the issue and sternly deal with “irresponsible behaviour” of the Haryana government.

What happens when ammonia levels increase?

Ammonia is used as an industrial chemical in the production of fertilisers, plastics, dyes and other products. It also occurs naturally in the environment from the breakdown of organic waste matter, including sewage.

When its concentration rises beyond the DJB’s treatment capacity of 0.9 ppm, water production at three out of 9 water treatment plants — Wazirabad, Chandrawal and Okhla — have to be stopped or reduced, which impacts supply to parts of the city.

The issue is a long-standing one between Haryana and Delhi. It is brought into focus every time the concentration of ammonia increases in the river. DJB officials state that the spike in pollution level has been more frequent this year.

Why is Haryana blamed?

The Yamuna flows into Delhi from Haryana and the state has industrial units in Sonipat, which is close to Delhi’s northern border.

A specific area where both Haryana and Delhi agree on is the mixing of two drains carrying drinking water and sewage or industrial waste or both in Sonipat district.

Drain number 8 brings potable water to the capital and drain number 6 carries wastewater. The two drains often mix due to overflow or damage to the wall that separates them.

Haryana’s irrigation department is expected to start a tendering process to build a conduit pipeline and prevent the mixing of two drains, officials said.

Haryana government officials also state that the issue is being raised frequently by Delhi because it wants more water to be released into the Yamuna to meet the city’s growing water demand. DJB VC Chadha also said on Tuesday that the city at present receives “much less than the share of water we deserve.”

What is the solution?

Officials in Haryana and also within the DJB state that the Board should increase its capacity to treat ammonia levels in the water.

In a recent meeting, Water Minister Satyendar Jain has directed that ozone-based units to treat ammonia levels up to 4ppm should be installed at Chandrawal and Wazirabad water treatment plants.

The laying of a conduit pipeline to separate drain number 8 and 6 would also reduce pollution of potable water, however, it is not clear when would this be completed.

The National Green Tribunal-appointed Yamuna Monitoring Committee has also said that fast-track approvals should be given to build a conduit.

Moreover, the Committee had also recommended to the Ministry of Jal Shakti earlier this year to rework the 1994 water sharing pact between Uttarakhand, Himachal Pradesh, Haryana, Delhi and Uttar Pradesh.

The recommendation is based on the need to revive the Yamuna by releasing more fresh water into it, which would help maintain a certain environmental flow for the river to sustain its functions throughout the year.