Explained: Why Kerala Board students are bagging more seats in DU programmes with high cutoffs

The State Board marks liberally in Class 12; uses both Class 11 and 12 marks to reach the final result. But DU considers only Class 12 marks, and there is nothing to offset the unusually high marks of Kerala students. 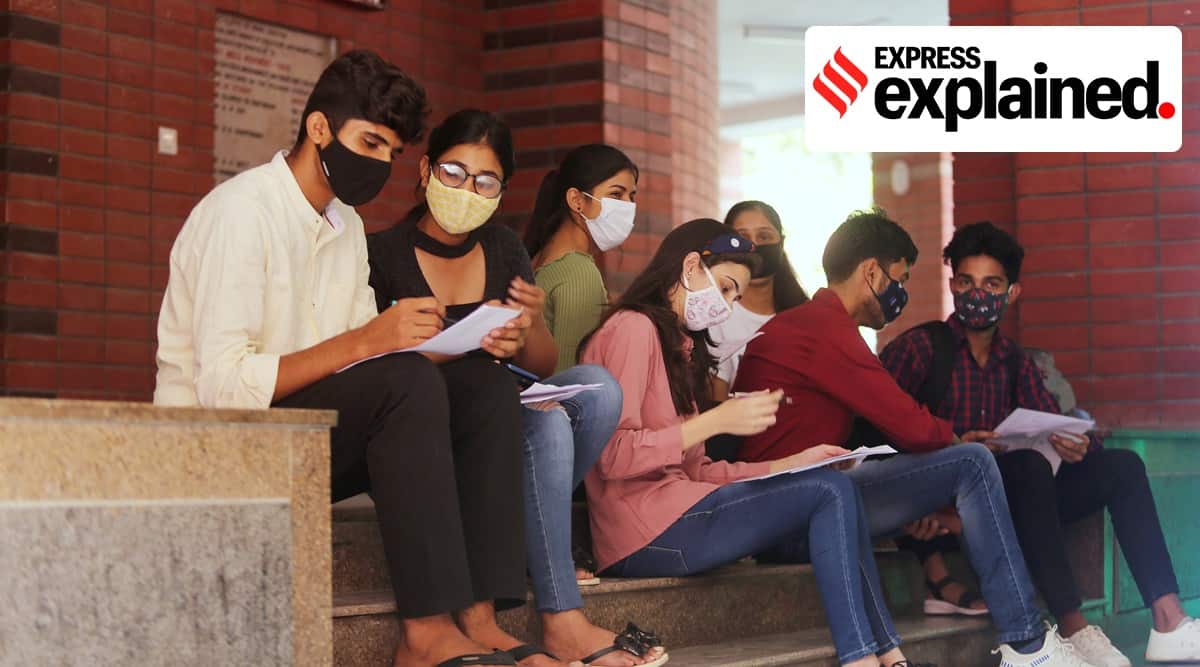 The UGCF includes two features of the NEP, the multidisciplinary approach and the multiple entry and exit scheme (MEES).(Express Photo: Praveen Khanna, File)

Delhi University’s first cycle of admissions ended on Wednesday (October 6) with students from the Kerala State Board grabbing the largest number of seats in popular courses with high cutoffs.

The Indian Express had reported on Wednesday that at least three of the 10 programmes with 100% cutoffs were likely to close admission for the unreserved (or general) seats since they had taken more students than their sanctioned capacity. Over 95% of the 206 students admitted against the unreserved seats in these three programmes are from the Kerala State Board.

Professors attribute the Kerala edge to a discrepancy between how the State Board and Delhi University calculate a student’s overall performance in the Board examination.

On the other hand, Delhi University only considers the Class 12 performance while deciding a student’s eligibility for admission to a programme. Teachers say this gives applicants from Kerala an edge over others (at least in programmes with high cutoff marks) since the State Board tends to mark candidates more liberally in Class 12.

“When you look at the mark sheet of a Kerala Board student who has done well in the Board results, you will notice that she, in all likelihood, would have scored 100% in most subjects in Class 12 and not Class 11. However, since we only consider the Class 12 performance, several Kerala Board students who haven’t scored full marks in their overall Board results are eligible to take admission in DU programmes with 100% cutoff,” said a teacher of Ramjas College.

Some DU colleges had even flagged the above discrepancy and the inadvertent edge it gave to students from Kerala on the first day of admission this week.

“Many of the candidates (from Kerala), who were admitted to the programmes demanding 100% marks, would not have made the cut had we used the result declared by their State Board. This is because their performance in Class 11 would have dragged their best-of-four percentage down from 100% to mid or high 90s. That is the system that is followed by the Kerala Board, and it would have acted as some kind of a scaling mechanism to create a level playing field,” said a teacher at Hindu College, explaining why some DU colleges had expressed concerns.

On Monday afternoon, admissions were temporarily stalled while DU’s central admissions team met to debate whether Class 11 marks should be considered while deciding eligibility. However, the team decided that there has to be a universal principle to calculate the marks of all students. Since other State Boards like CBSE usually only consider Class 12 performance to arrive at the final result, the same principle should be followed for Kerala Board students too.