Explained: What the commission for air quality management in NCR aims to achieve and why are some opposing it?

The Bill seeks to create an overarching body to consolidate all pollution-monitoring bodies, and bring them on one platform so that air-quality management can be carried out in a more comprehensive, efficient, and time-bound manner. 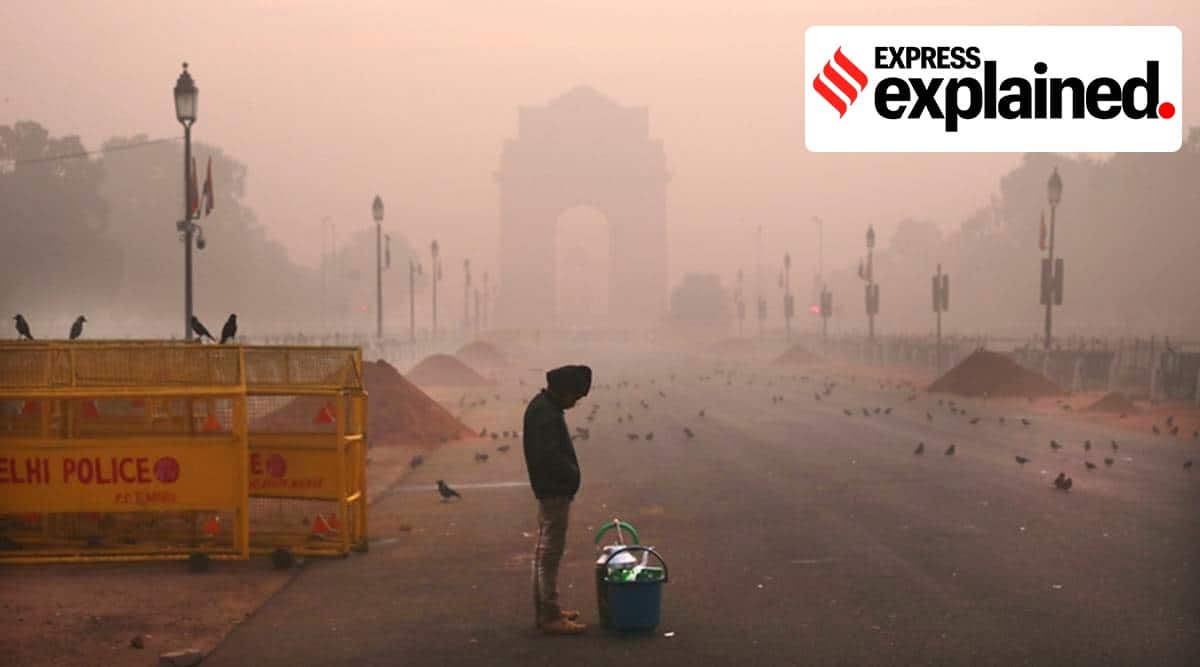 The Commission is the most powerful air pollution monitoring body set up by the Centre to date. (Express File Photo)

The Commission for Air Quality Management in the National Capital Region and Adjoining Areas Bill, 2021, was recently introduced by the Union Minister for Environment, Forests and Climate, Bhupender Yadav, in Parliament and passed by both Houses amid ongoing protests. While the Bill received overwhelming support, many members had raised concerns on the provision that allowed the commission to collect environmental compensation from farmers over pollution.

What is the Bill all about?

The monitoring and management of air quality in the Delhi-NCR region has been done in pieces by multiple bodies, including the Central Pollution Control Board (CPCB), the state pollution control boards, the state governments in the region, including Delhi, Haryana, Uttar Pradesh, and Rajasthan, and the Environment Pollution (Prevention and Control) Authority (EPCA) of the National Capital Region.

They, in turn, are monitored by the Union Ministry of Environment and Forests and Climate Change (MoEF), and the Supreme Court which monitors air pollution as per the judgment in ‘M C Mehta vs Union of India’ case in 1988.

The Bill, however, seeks to create an overarching body to consolidate all monitoring bodies, and to bring them on one platform so that air quality management can be carried out in a more comprehensive, efficient, and time-bound manner.

The Centre also seeks to relieve the Supreme Court from having to constantly monitor pollution levels through various cases.

Both the central, as well as state governments, stand on the receiving end every winter as air pollution levels start rising in the National Capital region. While the commission will concentrate on improving air quality during winter in particular, it has also been asked to suggest measures to mitigate pollution throughout the year.

An ordinance was introduced by the environment ministry and signed by the President in October last year, within days of the hearing of the ‘Aditya Dubey vs Union of India’ case where Solicitor General Tushar Mehta had indicated the setting up of such a commission.

What will the new commission replace?

Apart from consolidating all agencies that monitored, investigated and planned mitigation of air pollution in the region, the commission has replaced the Supreme Court-appointed Environment Pollution (Prevention and Control) Authority (EPCA) which had been running for 22 years. Over the years, the EPCA’s powers had been waning. While dissolving the body, the Centre felt that the EPCA had become redundant and had been ineffective in addressing issues related to air pollution. The EPCA also did not have penal provisions that the commission will now have.

The Bill, now that it has been passed by both Houses of Parliament, will replace both ordinances.

What is the issue that Parliamentarians have raised?

The protests against a section of the Bill that proposes penalization for stubble burning had started during the farmers’ protests when unions had raised their voices against it.

The Centre had conceded to their demands by decriminalizing stubble burning for farmers, or any other means of polluting. These offenses earlier had a penal provision of imprisonment of upto 5 years and a fine of Rs 1 crore, the stiffest penalty that the Ministry has issued on air pollution offenses so far.

While the penalty still exists for other sectors and individuals, imprisonment is no longer imposed on the farming community. These changes were made in the April ordinance after negotiations with farmers and carried through to the Act.

However, while Clause 14 of the Act says that “the provisions of this section shall not apply to any farmer for causing air pollution by stubble burning or mismanagement of agricultural residue”, the very next clause says that the commission “may impose and collect environmental compensation from farmers causing air pollution by stubble burning, at such rate and in such manner, as may be prescribed”.

Parliamentarians have opposed this move to collect environmental compensation from farmers and have demanded that the Ministry should reconsider this provision.

What are the powers of the commission?

The Commission is the most powerful air pollution monitoring body set up by the Centre to date. The rulings by the commission on air pollution will override anything contained in any other law.

The Commission will have the power to take measures, issue directions and entertain complaints “for the purpose of protecting and improving the quality of air in the National Capital Region”.

It will also coordinate action taken by states on air pollution and will lay down parameters for air quality and emission or discharge of environmental pollutants. It will also have powers to restrict industries in any area, carry out random inspections of any premises including factories and be able to close down an industry or cut its power and water supply in case of non-compliance.

It will also be monitoring the measures taken by the states to prevent stubble burning.

What will be the composition of the commission?

The Commission will be headed by a full-time chairperson with experience of not less than 15 years in the field of environmental protection and pollution control or having administrative experience of not less than 25 years. The members of the commission will also comprise of an official from the Environment Ministry, five ex-officio members who are either chief secretaries or secretaries from Delhi, Punjab, Haryana, Rajasthan and Uttar Pradesh, one full-time member who is or has been a joint secretary, three full-time independent technical members who are experts in air pollution, one technical member each from the Central Pollution Control Board and Indian Space Research Organisation, three members from non-governmental organisations who deal in air pollution and one representative of the National Institution for Transforming India.

The commission will also have three members, being stakeholders from sectors such as agriculture, industry, transport or construction apart from representatives of several ministries, including Road Transport and Highways, Power, Housing and Urban Affairs, Petroleum and Natural Gas, Agriculture and Farmers’ Welfare, Commerce and Industry. There will also be representatives of any association from the commerce or industry sector.

The commission will have at least three sub-committees —monitoring and identification, safeguarding and enforcement, and research and development.

What are the concerns from environmentalists?

Environmentalists have raised concerns over the concentration of power with the Central Government. They have also criticized the overwhelming number of bureaucrats in the commission, with “only a token representation” of environmental bodies and non-governmental groups.

The Act further says that no civil court will have jurisdiction to entertain any suit, proceeding or dispute pertaining to or arising out of the actions taken or directions issued by the commission and that orders of the commission can only be contested before the National Green Tribunal. Environmentalists believe that this restricts legal action that can be taken on environmental matters as citizens so far could approach the Supreme Court and other courts directly with these issues.