Simply put: Deal or no deal?

On Wednesday, in the Rajya Sabha, Commerce and Industry Minister Nirmala Sitharaman launched a defence of India’s stand at the WTO, saying the country did not come back “empty-handed” from the Nairobi talks. India has maintained that it must have the freedom to use its food reserves to feed its poor without the threat of violating international obligations. (Express Photo by: Sumit Malhotra)

What was the agenda for the WTO meeting in Nairobi?

This was the tenth meeting of the ministerial conference, the highest decision-making body of the World Trade Organisation, to take forward issues left unresolved in the last ministerial in Bali in 2013. The ministerial was to iron out differences in the rules of trade between nations, including on agriculture and food security.

Why are developing and developed countries on opposite sides?

Developing countries, including India, and least-developing countries (LDCs) such as Ethiopia and Rwanda were seeking an end to export subsidies given to farmers by developed countries, which, they said, gave these rich countries an edge in the global market. These subsidies were to be eliminated by 2013 under the 2005 Hong Kong ministerial agreement, but that did not happen. Instead, countries such as the US came up with new laws (US Farm Bill of 2014) to ensure that there would be no cut in export subsidies. Developing countries and LDCs also wanted special safeguards and changing of rules relating to public stockholding for food security. Public stockholding is, essentially, the foodgrain the government procures from farmers and stocks in its godowns.

Besides, developed countries have called for the Doha round of negotiations of 2001 to be junked. It’s on this one question that the battlelines had hardened: should the development agenda of the Doha Round of negotations be continued, as the developing countries and LDCs have been demanding, or should it be junked and new issues, such as investment, government procurement and competition policy, be brought up, as developed countries, including the US, the EU, and Japan want.

Further, developing countries contend that instead of taking measures to reform farm subsidies, developed nations rallied for the Trade Facilitation Agreement (agreed upon in the 2013 Bali ministerial) that opens up markets in developing countries to their goods and services.

What did India want?

Apart from keeping the on-going Doha Round alive, India wanted to secure an agreement on special safeguard measures (SSM) to protect farmers against import surges. SSM is a tool that allows developing countries to raise tariffs temporarily to deal with surges in agricultural imports or price falls. Developing and developed nations are at loggerheads over the ‘trigger factor’ that allows a developing country to raise tariff on imports and the level of tariff that can be imposed.

What did India get out of the talks?

After hectic negotiations that lasted five days, the 162 member-nations of WTO agreed on a ‘Nairobi Package’. The package contains “a series of six ministerial decisions on agriculture, cotton and issues related to LDCs. These include a commitment to abolish export subsidies for farm exports”. According to this, countries such as the US who use subsidies to support agriculture exports, will have to eliminate them in a phased manner. While developed nations will have to remove export subsidies immediately, except on a handful of agriculture products, developing countries will do so by 2018. Developing members will have the flexibility to cover marketing and transport costs for agriculture exports until the end of 2023, and the poorest and food-importing countries would get additional time to cut export subsidies. This would mean that India will not be able to offer export subsidies for sugar or other items after eight years.

On public stockholding, no final decision was taken. But, like the minister said, India was at least able to hold on to the peace clause.

Even on SSM for developing countries, there was no decision except a commitment to “continue to negotiate the mechanism”. The government, though, sees that as a positive, with Sitharaman saying that India at least got a commitment on SSM when it was not even on the WTO’s agenda.

The IT trade deal was also struck with members agreeing on eliminating tariffs on 201 information technology products valued at over $1.3 trillion per year. Approximately, 65 per cent of tariff lines will be fully eliminated by July 1, 2016. Most of the remaining tariff lines will be completely phased out in four stages over three years. This means that by 2019, almost all imports of IT products will be duty free.

The biggest setback for India and other developing countries and LDCs is that the Nairobi talks did not reaffirm the Doha Development Agenda, which was India’s key demand. 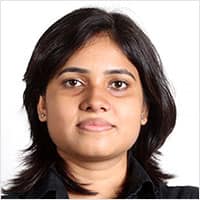