Crisis on Christmas: Tornadoes in US, floods in UK & S. America

US: Storms hit southern and central US states over the weekend, unleashing floods and tornadoes that killed at least 43 people, flattened buildings and forced several to be stuck in traffic. Powerful tornadoes usually hit central states in the US in spring and summer but occur less frequently in winter, according to US weather data. The […] 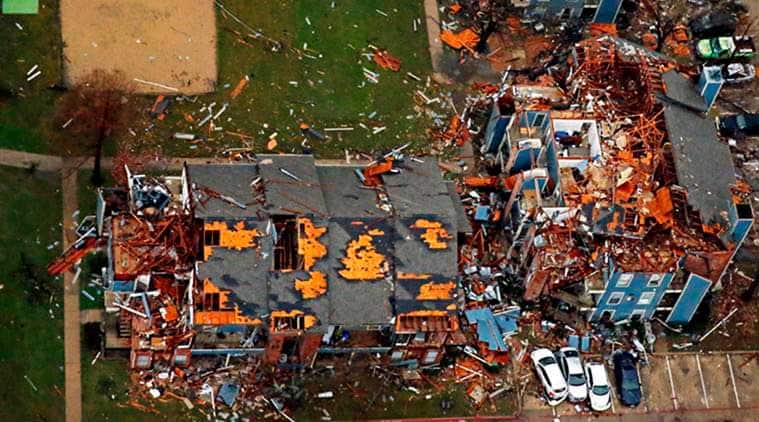 US: Storms hit southern and central US states over the weekend, unleashing floods and tornadoes that killed at least 43 people, flattened buildings and forced several to be stuck in traffic. Powerful tornadoes usually hit central states in the US in spring and summer but occur less frequently in winter, according to US weather data. The tornado is only the latest in a string of extreme weather news across the country: from heavy snow in New Mexico, west Texas and the Oklahoma panhandle to flash floods in parts of the plains and midwest.

However, much of the US East Coast saw unusually warm weather over the weekend. New York enjoyed the warmest Christmas Day in its history. The mercury touched a record-breaking 66 degrees Fahrenheit in Central Park on Christmas Day, a day after it hit 72 degrees.

South America: Vast areas in Paraguay, Argentina, Uruguay and Brazil were hit in what is said to be the ‘worst flooding in 50 years’. Heavy rains, brought on by the El Nino phenomenon, have caused three major rivers to swell. At least six deaths have been reported and nearly 150,000 people have been displaced by rising waters in these countries. Paraguay, the worst-hit nation, has declared a state of emergency. Argentina has created a ‘crisis committee’ headed by President Mauricio Macri. 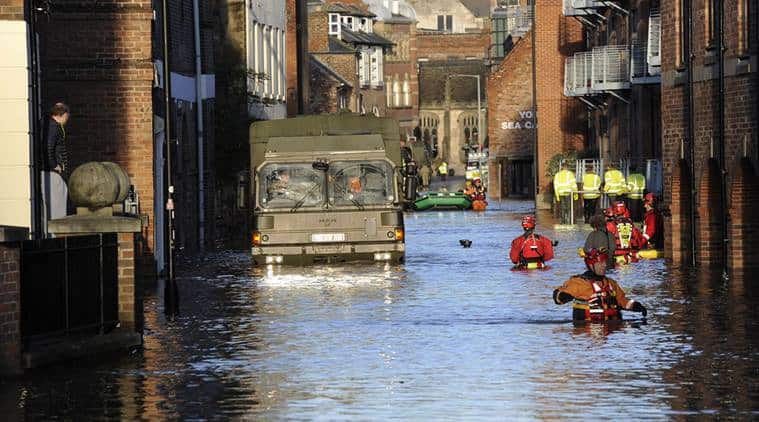 Members of the Army and rescue teams wade through floodwater after the River Ouse and the River Foss burst their banks, in York city center, England, Sunday, Dec. 27, 2015. (Source: AP)

UK: Parts of Yorkshire, Lancashire and Greater Manchester are struggling with the aftermath of downpours that caused rivers to burst their banks. There are more than 200 flood warnings and alerts in place across England and Wales, 10 of these ‘severe warnings’ in northeast and northwest England. The army have been called in to bolster flood defences and assist people in northern England. Hundreds of homes were evacuated on Sunday as further flooding was expected. UK’s Environment Agency says there needs to be a “complete rethink” of the UK’s flood defences.

Austria, France and Switzerland: Many Alpine resorts across these countries have suffered a less than ideal start to the season with not enough snow. The little snow that fell in November melted after weeks of mild weather. A French resort has asked locals to forgo skiing for the New Year holiday week and instead leave the pistes for the tourists. With temperatures in France balmy, people spent part of the weekend outdoors. Resorts in Austria have had to fall back on snow cannons to create snow. Last year was bad too and resorts had to delay their openings.

Venice, Italy: The ‘city of canals’ experienced an exceptionally low tide, causing typically submerged parts of the city to reappear on Sunday.