Explained: What is vaccine nationalism? Why is it a concern?

Coronavirus (COVID-19) Vaccine: Countries such as the UK and UK have pre-booked more coronavirus vaccines than their populations need. This could end up putting vaccines out of reach for countries that need them. What is the way forward? 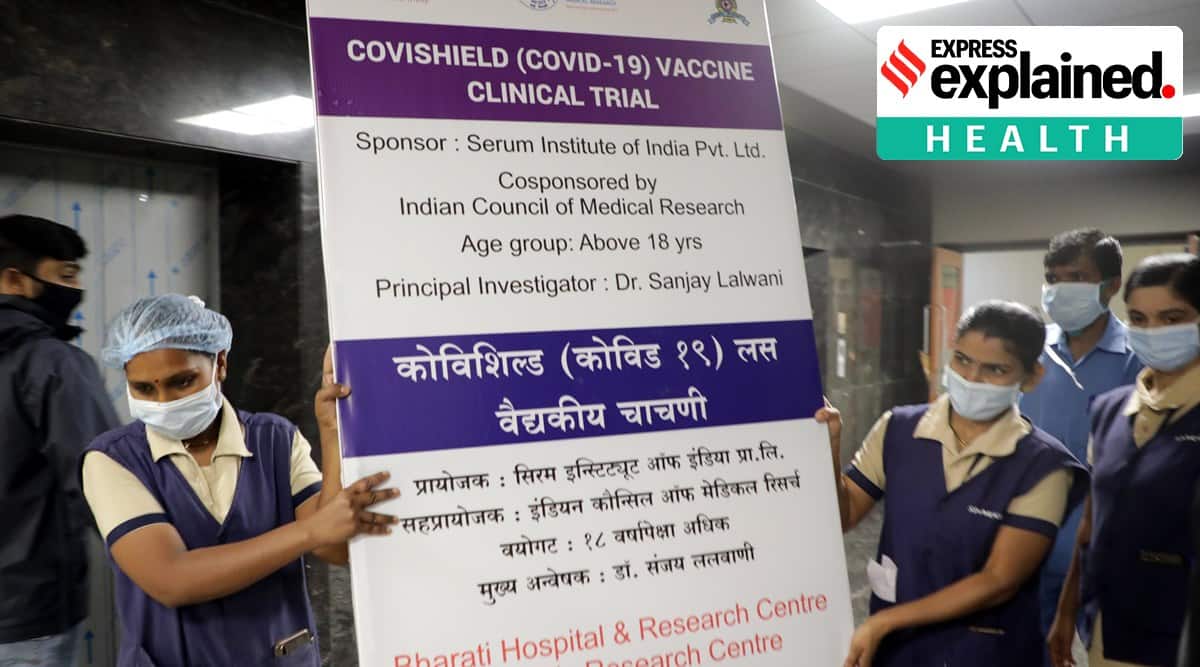 The United States has entered into multi-billion-dollar agreements with at least six big pharmaceutical companies for assured supplies of a combined 800 million doses of vaccines that they are separately developing for novel coronavirus. That is more than two doses for every American citizen. The agreements mean that if any of these companies are successful in developing a vaccine, they would be obligated to provide the agreed supplies to the United States before anyone else.

The United Kingdom has entered into similar agreements with multiple companies to secure about 340 million doses, or about five doses per capita. Similar arrangements have been reached by European Union, and some other countries like Mexico, as well. Read in Tamil

A novel coronavirus vaccine is still some distance away — if we discount the vaccines developed by Russia and China for which the international demand is not very well evaluated. But the way countries are pre-booking vaccine supplies, often throwing billions of dollars at candidate vaccines whose success as of now is uncertain, has led to questions over the accessibility and affordability of a vaccine, whenever it is finally developed. It has also given rise to a term called “vaccine nationalism”.

Why is ‘vaccine nationalism’ a concern?

The concerns arise from the fact that these advance agreements are likely to make the vaccine inaccessible to large parts of the world that do not have the money to bet on candidates whose success is not guaranteed.

After all, there is limited capacity to produce a vaccine. The wait for a vaccine for these countries could get prolonged because whatever is produced in the first few months or years would have to be sent to the richer countries to fulfil the contractual obligations.

Also, not all the candidate vaccines are likely to succeed. The ones that do would be in great demand, especially from the countries that have entered into advance agreements that have clauses to enable increased supplies for more money. It would thus drive up the prices of the vaccine, making it potentially unaffordable for a large number of countries.

An ideal situation would be to ensure that the vaccines are first made available to whoever needs them the most. Experts agree that frontline health workers, those on emergency duties, the elderly and the sick, pregnant women, and other similarly vulnerable population groups across the world must be given first access to the vaccines. But that is not what seems to be happening.

Also in Explained | Who will get the first Covid-19 vaccine in India, other countries?

Why do countries hoard vaccines?

The coronavirus vaccine is being used by governments across the world as an opportunity to make an impression on their own people, as well as the international community. To their citizens, the governments want to show how concerned they are about their safety and health, for which they want to hoard as many vaccines as they potentially can. And for the international community, and also for their own public, they want to flaunt their scientific capability and expertise. This is also the reason why China and Russia have gone ahead in approving vaccines that have not yet completed necessary trials to prove they are safe and effective. There are political dividends for declaring oneself the first one to develop a vaccine.

Covishield, the Oxford-AstraZeneca vaccine candidate, being administered to a volunteer in Pune. (Express Photo: Arul Horizon)

Are there precedents of such pre-booking in other outbreaks?

Indeed, the fears about scarcity and unaffordability of the novel coronavirus vaccine are not unfounded. There have been precedents: In 2009, following an outbreak of H1N1 influenza, or swine flu, rich countries had hoarded vaccines in a way similar to the pre-booking happening now. As a result, many countries in Africa had no access to these vaccines for months. The US and some European countries finally agreed to release 10% of their stocks for other countries, but only after it had become evident that they did not need the vaccines for themselves any longer.

Similarly, anti-retroviral drugs for the treatment of HIV patients were unavailable in Africa, the worst affected region, for several years after being developed in the 1990s.

Scientists and experts have been maintaining that such a strategy might not work out very well even for the countries that are able to stock up on the vaccines. If some parts of the world continue to reel under the epidemic because of lack of access to the vaccine, it would keep the virus in circulation for much longer than it would otherwise have been. That would mean that other countries too would remain at risk, at least economically, because of continued disruptions in global supply chains due to movement, work and trade restrictions in large parts of the world.

So, what is the way forward for addressing this issue?

It is not that there is no alternative way to this “me-first” approach that the richer countries have been taking. The World Health Organization (WHO), along with some other international alliances, have launched a platform called ACT (or Access to Covid19 Tools) Accelerator Programme. Its objective is to accelerate the development, production, and equitable access to Covid-19 vaccines, and also therapeutics and drugs. The vaccine part of the programme is called the COVAX facility.

COVAX is supposed to do for the world what the richer countries are doing at an individual level —invest money into the leading candidate vaccines to accelerate their development and production. But it also has another important objective — to ensure that the successful vaccines are made equally accessible to all, at an affordable price. It seeks to achieve this by ensuring that all participating countries are provided supplies to cover at least 20% of their populations, at a uniform price. Then as more vaccine doses become available, they would be distributed to countries in proportion to their population size and the extent of the problem they face.

Like the US and other countries that are getting into advance agreements, COVAX is supposed to fund the research and development of multiple vaccine candidates. As of now, the facility is backing nine leading candidates. It is asking countries to join the platform and contribute funds, so that everyone can benefit. But while more than 170 countries are in discussions, very few of them have agreed to fund the initiative. Recently, the WHO noted that while it needed at least $100 billion for the COVAX facility, not even 10% of the amount had so far been collected.

Must hold JEE, NEET or will lose a year: Education Secy Amit Khare