Explained: What is the climate vulnerability index released by CEEW?

According to Germanwatch’s 2020 findings, India is the seventh-most vulnerable country with respect to climate extremes. 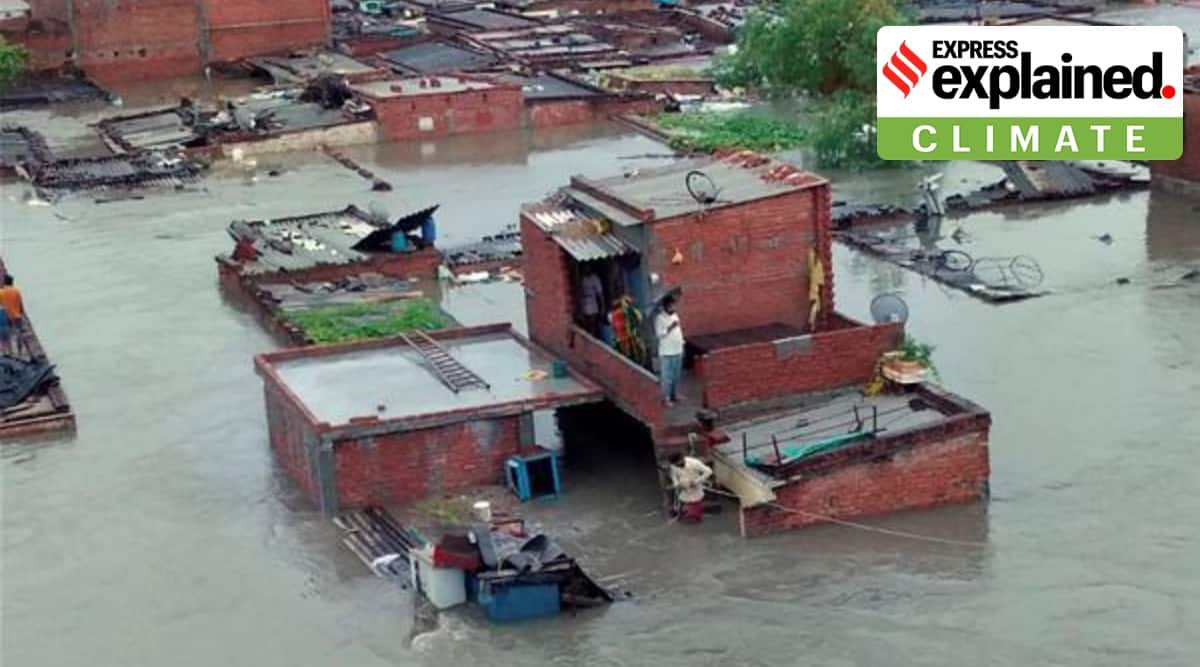 Environmental think tank Council on Energy, Environment and Water has carried a first-of-its-kind district-level climate vulnerability assessment, or Climate Vulnerability Index (CVI), in which it has analysed 640 districts in India to assess their vulnerability to extreme weather events such as cyclones, floods, heatwaves, droughts, etc.

How is the Climate Vulnerability Index assessed?

The CVI maps exposure (that is whether the district is prone to extreme weather events), sensitivity (the likelihood of an impact on the district by the weather event), and adaptive capacity (what the response or coping mechanism of the district is). It helps map critical vulnerabilities and plan strategies to enhance resilience and adapt by climate-proofing communities, economies and infrastructure. Instead of looking at climate extremes in isolation, the study looks at the combined risk of hydro-met disasters, which is floods, cyclones and droughts, and their impact. The study does not take into consideration other natural disasters such as earthquakes.

Also in Explained |Why has October been so rainy across India?

Why does India need a climate vulnerability index?

According to Germanwatch’s 2020 findings, India is the seventh-most vulnerable country with respect to climate extremes. Extreme weather events have been increasing in the country such as supercyclone Amphan in the Bay of Bengal, which is now the strongest cyclone to be recorded in the country. Recent events such as the landslides and floods in Uttarakhand and Kerala, have also increased in the past decade. Another CEEW study has found that three out of four districts in India are extreme event hotspots, with 40 per cent of the districts exhibiting a swapping trend, that is – traditionally flood-prone areas are witnessing more frequent and intense droughts and vice-versa. Further, the IPCC states that every degree rise in temperature will lead to a three per cent increase in precipitation, causing increased intensification of cyclones and floods.

What are the findings of the climate vulnerability index?

According to CVI, Assam, Andhra Pradesh, Maharashtra, Karnataka and Bihar are most vulnerable to extreme climate events such as floods, droughts and cyclones in India.

*Dhemaji and Nagaon in Assam, Khammam in Telangana, Gajapati in Odisha, Vizianagaram in Andhra Pradesh, Sangli in Maharashtra, and Chennai in Tamil Nadu are among India’s most climate vulnerable districts

* More than 45 per cent of these districts have undergone “unsustainable landscape and infrastructure changes’’.

* South and central are most vulnerable to extreme droughts

* 59 and 41 per cent of the total districts in the eastern and western states, respectively, are highly vulnerable to extreme cyclones.

Which are the best performing states and why?

The CVI has ranked 20 states out of which Assam and Andhra Pradesh are the most vulnerable to extreme weather events, and Kerala, Tripura and West Bengal are the least vulnerable. The study points out that the difference in the vulnerability of states ranked is marginal, making all states vulnerable. But Kerala and west Bengal have performed well comparatively, despite both being coastal states and dealing with the threat of cyclones and floods annually. The reason why these states have performed better is because they have stepped up their climate action plans as well as preparedness to handle an extreme weather event.

The Index takes into account certain indicators when assessing the preparedness of a state or district. These include availability of critical infrastructure like cyclone and flood shelters, government mechanisms in place including updating of disaster management plans, mitigation strategies, standard operating procedures before, during and after an extreme weather event such as how people and livestock are being evacuated or how food is being mobilised and how the administration prevents loss of lives and livelihoods.

What has compounded the impact of weather events ?

Apart from the intensity and frequency of extreme weather events which have increased in the country, the report finds that “land disruptions’’ have increased the impact of these events. Land disruptions primarily point to anthropogenic activity including change of land use, increased construction, reclaiming of land for development – resulting in the disappearance of forests, wetlands, mangroves and other such habitats. These ecosystems have traditionally acted as natural buffers against such extreme weather, reducing the impact. With their disappearance, the impact of the weather events have increased and are being felt more across the country.

What are the recommendations that have been made?

*Develop a high-resolution Climate Risk Atlas (CRA) to map critical vulnerabilities at the district level and better identify, assess, and project chronic and acute risks such as extreme climate events, heat and water stress, crop loss, vector-borne diseases and biodiversity collapse. A CRA can also support coastal monitoring and forecasting, which are indispensable given the rapid intensification of cyclones and other extreme events.

How to map a fly brain in 20 million easy steps