How climate change can erode Indian coastline more intensely than ever

Rising sea levels, accompanied by stronger waves and currents, are likely to reshape the coastlines and potentially inundate or even submerge many low-lying areas. 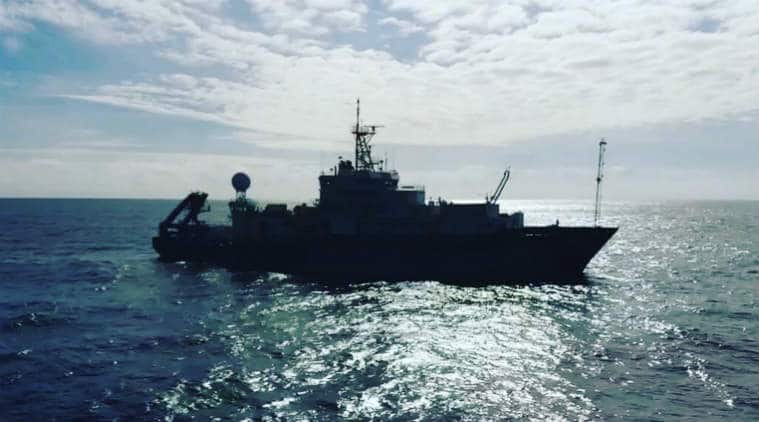 With a nearly 7,500-km coastline, India has a lot to worry. (Representational Image)

One of the biggest impacts of climate change is likely to be felt along coastlines across the world. Rising sea levels, accompanied by stronger waves and currents, are likely to reshape the coastlines and potentially inundate or even submerge many low-lying areas.

With a nearly 7,500-km coastline, India has a lot to worry. Although present knowledge suggests that sea-level rises around the Indian coastline are likely to be relatively small compared to many other regions, it does not mean that there is no threat. India is in the process of preparing a comprehensive vulnerability map of its coastline, which will be used to finalise a coastal zone management plan.

A new study by scientists of IIT Bombay has now concluded that the impacts of climate change on India’s coasts, at least in terms of coastal sediment transport, shoreline erosion and overall coastal vulnerability, could be far worse than previously understood. Rajasree B R, B Gopikrishna and M C Deo of the IIT’s department of civil engineering conducted a study of potential climate-change impacts on five beaches and found that the rates of transport and erosion could be much higher than estimated.

The amount and rate of erosion of coastlines is generally studied using data from the past and extrapolating the changes into the future. The researchers, however, used newly released data on projections of a large number of climate variables in the future.

“Refined climate models and data on basic variables are coming in, as more and more research happens on climate change and its impacts. So far, we have had to rely on historical data to make our assessments. But the latest models, computational resources as well as analysis techniques are now giving us a different picture. Our claim is that the projected data that we have used in our studies presents a more accurate depiction of what is likely to happen to our coasts in the future,” Deo says.

One of the key variables the researchers relied on was projected wind-generated waves around Indian coastline. Wind vectors influence wave height as well as direction, and also the currents that in turn affect the rates of coast sediment transport and erosion.

Deo cited the example of the coast in Udupi of Karnataka. There is likely to be around a 25% increase in average wind speeds, resulting in about a 35% increase in mean wave height in the region. Greater transport of sediments would likely result in erosion in the next 30 years rising to 1½ times as compared to the previous three decades.

“Different locations would face different kinds of impacts. Local geo-morphology as well as factors like whether the coastline is uninterrupted or is interspersed with barriers like harbours or river-mouths play a role. But, at a very general level, we can say that winds are likely to intensify, and there is likely to be greater attack on our beaches, and coasts in the future than we had so far imagined. This will lead to a greater vulnerability of the coastline,” Deo said.

This can have far-reaching implications for the efforts to safeguard our coasts. Deo says many more studies, based on projected data and using new and sophisticated climate models, require to be undertaken for a better assessment of the potential impacts. “In the meanwhile, we need to strictly enforce the current regulations, including the Coastal Regulation Zone rules,” he said.

For your research to be considered for this column, write to the author at amitabh.sinha@expressindia.com

Weakening of rupee not a cause of worry: Niti Aayog Vice-Chairman Rajiv Kumar