Cervix is the second most common site for cancer in Indian women, preceded only by breast. 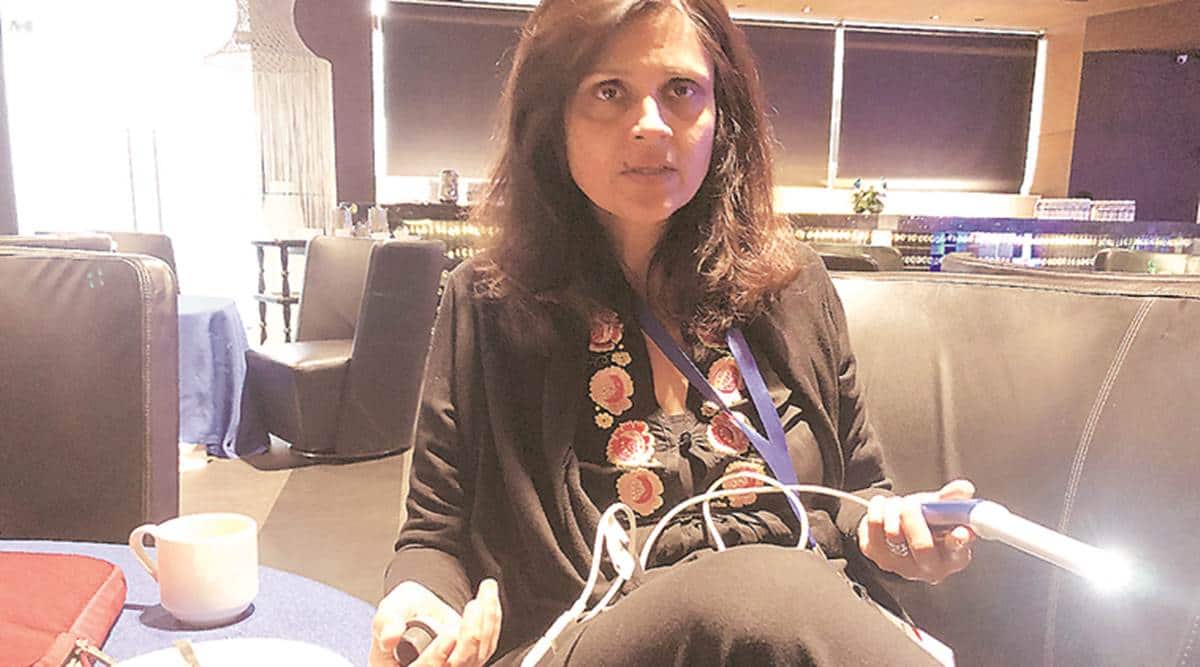 Nimmi Ramanujam with the invention

The All India Institute of Medical Sciences (AIIMS) recently completed trials on a low-cost, pain-free cervical cancer screening device developed by Duke University (The Indian Express, Wednesday). It is significant for a number of reasons:

It comprises a long “tampon-inspired” structure connected to a screen. The device is inserted into the patient’s body exactly like a tampon is and then what it sees is projected onto the screen with resolution that is as good as, or perhaps better than, a colposcope, said Dr Neerja Bhatla, professor of gynaecology at AIIMS who conducted the trials. Apart from image quality, the device costs just $500 (against $15,000 for a standard colposcope); this makes it a candidate for use in primary care care settings in low- and middle-income countries. The product has been patented by Duke University professor Dr Nimmi Ramanujam and has also received approval of the US Food and Drug Administration.

James Marion Sims, the father of modern gynaecology, is credited with the invention of the speculum that is currently used to pry open the vagina to look at the cervix — the mouth of the uterus — when using a colposcope. Sims perfected the speculum in the 19th century on slaves — women who had been bought to procreate. While it met his need for medical investigation, Sims’s invention is one of the most painful and uncomfortable tests a woman has to go through, and it has not changed much since his time. Women whom Dr Ramanujam’s team spoke to had used words like “torture” to describe the tests. The simplicity of the new device and the fact that there is also a $25 option available that can be used at home is expected to usher in a sea change in cervical cancer screening. “There was a time when people said women would never be able to use a pregnancy test at home. See how that has changed. This is how I want this device to be eventually used,” Dr Ramanujam said. There is a vaccine for cervical cancer. The Human Papilloma Virus vaccine has already received the nod from the National Technical Advisory Group on Immunisation. HPV is a group of more than 150 viruses that cause papilloma or warts in parts of the body, including the genital areas. These spread by skin-to-skin contact and are responsible for a number of diseases, including cancers, though they are most commonly associated with cancer of the cervix. HPV is the most common cause of cervical cancer. HPV is associated with more than 80% cervical cancers — not all HPV infections go on to become cancerous.

Dr K Karthigeyan of the Department of Paediatrics at McMaster University in Ontario, Canada, published an article in the Indian Journal of Medical and Paediatric Oncology that said, “HPV is a necessary cause of cervical cancer, but it is not a sufficient cause. Other co-factors are necessary for progression from cervical HPV infection to cancer. Long-term use of hormonal contraceptives, multiple pregnancies, early initiation of sexual activity, multiple sex partners, tobacco smoking and co-infection with HIV have been identified as co-factors.”

The vaccine is recommended for girls at the age of 11-12 though it can be administered to both boys and girls of that age. The US National Cancer Institute recommends “vaccination of females aged 13 through 26 years and of males aged 13 through 21 years who have not been vaccinated previously or who have not completed the three-dose vaccination series. Males aged 22 through 26 years may be vaccinated.”