Explained: Why govt has lifted a duty that polyester makers paid on a chemical

Domestic manufacturers of polyester have called the move a huge relief for the industry, claiming they had been fighting to remove the duty for four-and-a-half years. 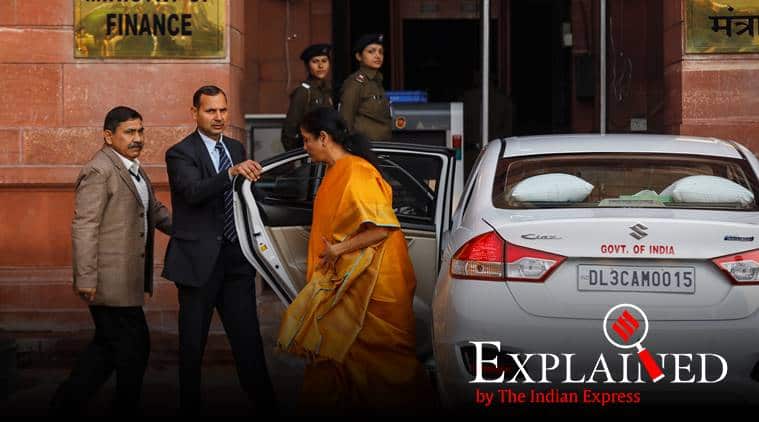 During her Budget speech on Saturday, Finance Minister Nirmala Sitharaman said the government was abolishing in “public interest” an anti-dumping duty that was levied on imports of a chemical called PTA. Domestic manufacturers of polyester have called the move a huge relief for the industry, claiming they had been fighting to remove the duty for four-and-a-half years.

Purified Terephthalic Acid (PTA) is a crucial raw material used to make various products, including polyester fabrics. PTA makes up for around 70-80% of a polyester product and is, therefore, important to those involved in the manufacture of man-made fabrics or their components, according to industry executives.

What led to the government decision?

As Sitharaman explained on Sunday: “That particular product (PTA) is a raw material for many of the industries. There has been persistent demand that they should be allowed to source that particular product at an affordable rate, even if it means importing it.” She had said easy availability of this “critical input” at competitive prices was desirable to unlock “immense” potential in the textile sector, seen as a “significant” employment generator.

The duty had meant importers were paying an extra $27-$160 for every 1,000 kg of PTA that they wanted to import from countries like China, Taiwan, Malaysia, Indonesia, Iran, Korea and Thailand. Removing the duty will allow PTA users to source from international markets and may make it as much as $30 per 1,000 kg cheaper than now, according to industry executives.

Why was it imposed in the first place?

The anti-dumping duty on PTA was imposed after two domestic manufacturers, MCC PTA India Corp Pvt Ltd and Reliance Industries Ltd, approached the Directorate General of Trade Remedies (DGTR) in October 2013. The companies, which submitted that they accounted for over 50% of the domestic PTA industry, had argued that some countries had been exporting the product to India at prices lower than its value in their own domestic markets. This dumping of PTA into the Indian market had a “significant” adverse impact on the domestic industry, they argued.

Following an investigation, DGTR agreed with MCCPI and RIL’s claims, and imposed anti-dumping duties on PTA imported from South Korea and Thailand in 2014 and 2015, and from China, Indonesia, Taiwan, Iran and Malaysia in 2015 and 2016.

Why was the move controversial?

Companies using PTA to manufacture polyester products claimed that the move went against the government’s vision of making the textiles sector a globally competitive industry. According to them, the move left them with limited domestic suppliers of PTA. The companies had alleged that the product’s cost had become more expensive domestically, which made their own products pricier and less attractive for their domestic and international buyers. This had led to a drop in exports of some of these products during 2014-16, and an increase in imports of the products they had been producing, as there was no safeguard against imports of cheaper versions of these downstream polyester-based products.

On top of this, the domestic industry had argued that domestic PTA producers had not only been unable to ramp up capacity to cater to demand for the product, shutdowns of their manufacturing facilities once a year for maintenance purposes had also led to shortages of the raw material. PTA users claim that they had not been manufacturing as much polyester as they were capable of, operating at 70% of their capacity at any given time.

Are there other raw materials in line for a similar move?

Mono Ethylene Glycol (MEG), another raw material used in the manufacturing of polyester, is currently the subject of another anti-dumping duty investigation initiated by DGTR recently.

This investigation was initiated after RIL, supported by another company (India Glycols Ltd) had argued that top MEG exporters like Kuwait, Saudi Arabia, Singapore and the United Arab Emirates had been dumping the product and that the domestic industry was suffering “material” injury as a result.

An association representing textile companies like Indo Rama Synthetics India Ltd, Filatex India Ltd and Bombay Dyeing has approached DGTR against the move, arguing that anti-dumping duties on MEG would adversely impact the textile industry the way the duty on PTA allegedly did.