Explained: Why a Belarusian Olympic sprinter has refused to return to her country

In the latest scandal to hit the Olympic games, Belarus sprinter Krystina Tsimanouskaya was offered help from several countries after she "made it clear" that she believed she would face punishment by her country’s autocratic government. A Belarusian Olympic athlete who had a public fallout with officials from her coaching team at the Tokyo Games has refused to return to her homeland out of fear for her safety. In the latest scandal to hit the games, Belarus sprinter Krystina Tsimanouskaya was offered help from several countries after she “made it clear” that she believed she would face punishment by her country’s autocratic government, which has been known to relentlessly crackdown on critical voices.

On Wednesday, Tsimanouskaya left Japan on a Vienna-bound flight after she sought refuge at the Polish embassy in Tokyo for a couple of days. After landing in Austria, she will be travelling straight to Poland, where she has received a humanitarian visa.

Under the rule of Belarus’ long-time authoritarian president Alexander Lukashenko, thousands have been arrested and deported for opposing his regime. Athletes, who have been critical of the government, too, have faced the same fate. After Tsimanouskaya came forward with her concerns about the threat she faced in her homeland, several Belarusian athletes have voiced their support, some even saying that they would not be returning to the country because of the repressive political climate.

Who is Krystsina Tsimanouskaya and why does she fear for her safety in Belarus?

The 24-year-old Belarusian sprinter refused to board a plane back to her country saying she was afraid she would be arrested upon her return after she had a feud with her team. She was set to run the 200m at the Olympics but claimed she was being forced to go home after she publicly criticised members of her team for entering her into the 4x400m relay without her consent. When she criticised the management of her team on social media, the officials allegedly went to the Olympic Village, ordered her to pack up her things and took her to the airport.

At Haneda International airport, she approached the Japanese police and applied for political asylum. “I am afraid that I might be jailed in Belarus,” she told Belarusian news site Tribuna. “And I think that at the moment it is not safe for me in Belarus. I didn’t do anything, but they deprived me of the right to participate in the 200 metre race and wanted to send me home.”

On Monday, she was seen entering the Polish embassy in Tokyo. Marcin Przydacz, Poland’s Deputy Minister for Foreign Affairs, announced on Twitter that she had been granted a visa on humanitarian grounds. “Poland will do whatever is necessary to help her to continue her sporting career. (Poland) always stands for solidarity,” he tweeted.

Mrs. Kriscina Cinanouska is being taken care of by the Polish diplomatic service. As stated on numerous occasions, due to security considerations we do not disclose the flight details. https://t.co/EPhHQIN4rs

As per reports, her husband has already left Belarus and entered Ukraine. Meanwhile, the International Olympic Committee (IOC) has launched an investigation into the case and has demanded a response from Belarus.

Why is the situation in Belarus so tense?

In September last year, thousands of anti-government protesters thronged the streets of Belarus to demand the resignation of their long-time authoritarian President after he returned to power, in what was widely considered a rigged election. The demonstrations grew more heated after several opposition leaders, including the main Opposition candidate Svetlana Tikhanovskaya, were forced to leave the country and many others imprisoned. 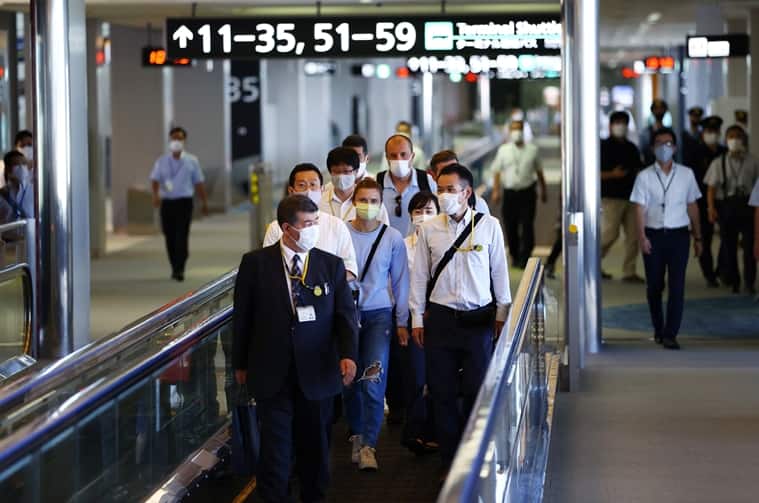 Belarusian Sprinter Krystsina Tsimanouskaya who took refuge in the Polish embassy in Tokyo, arrives for a flight to Vienna at Narita International Airport in Narita, east of Tokyo, Japan August 4, 2021. (Reuters)

To contain the crowds of demonstrators that had gathered across the country, Belarusian authorities deployed a huge number of law enforcement officials. Reports of police brutality soon emerged. At least four people were killed and thousands arrested in the weeks that followed.

Several countries, including the United States, have rejected the election results in Belarus. However, Lukashenko, who has run the country for over two decades, has dismissed his critics as foreign stooges, accusing the US and its allies of plotting to overthrow his government. The protests and the crackdown on critics have continued, and dissenting athletes too have borne the brunt of Lukashenko’s rule.

Belarus’ neighbours in the European Union, including Poland and Lithuania, have offered support and refuge to activists and critics who have fled Lukashenko’s brutal regime.

Lukashenko and the Olympics

Lukashenko has been associated with sports and the Olympics for decades. He served as the head of the Belarus National Olympic Committee for a long time, before being replaced by his older son in February this year. 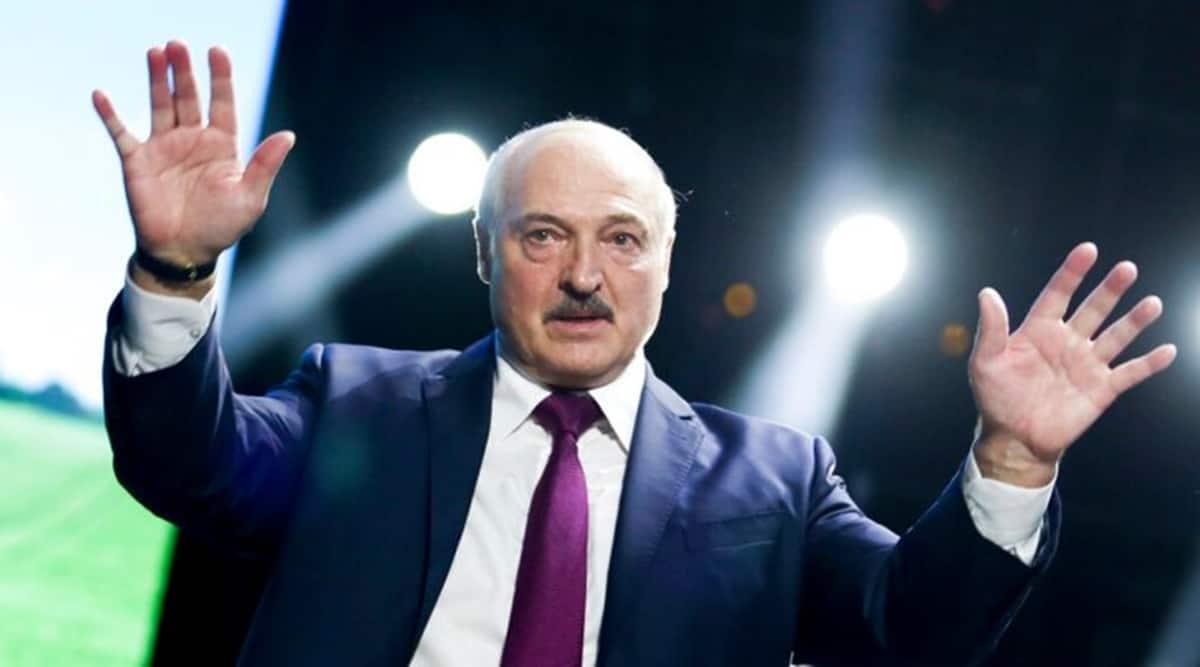 Belarus’ Olympic contingent received clear orders before they left for Tokyo: “If you go there like tourists and bring nothing back, you better not return to the country,” Lukashenko had told them.

But both Lukashenko and his son have been banned from the Olympics by the IOC following complaints from athletes about the threats and intimidation they have faced in their country.

Yelena Leuchanka, an ex-WNBA basketball player from Belarus, was arrested for 15 days in October after she protested peacefully against authorities. The captain of the Belarus national rugby team, Maria Shakuro, was also sentenced to 10 days in prison for protesting.

A Facebook post criticising Lukashenko landed Olympic hammer thrower Vadim Devyatovsky in a tough spot. He was dismissed in September as the head of the country’s athletics federation.

Meanwhile, Belarusian heptathlete Yana Maksimava, who competed in the 2008 and 2012 Olympic Games, has said she and her husband will not be returning to Belarus because of the conditions in the country. “Unfortunately you can lose not just your freedom but also your life there,” the athlete, who is currently in Germany, wrote on Instagram.