Behind renewed tensions over Belagavi, a long, contested history

The Maharashtra Ekikaran Samiti (MES), an outfit representing the interests of Marathi speakers in the Belagavi area, is now reliant on parties like the Shiv Sena to retain its political standing. 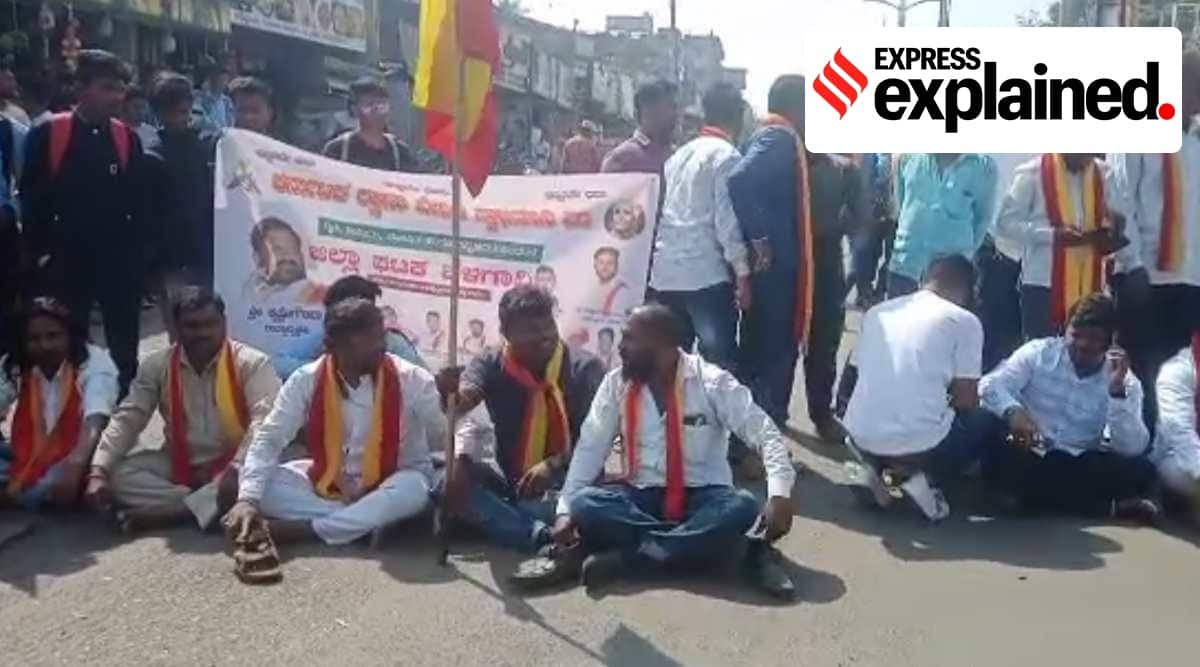 On Tuesday, dozens of activists of the KRV attempting to reach Belagavi were detained by police at a border checkpoint.
Listen to this article
Behind renewed tensions over Belagavi, a long, contested history
x
00:00
1x 1.5x 1.8x

An unresolved inter-state dispute between Karnataka and Maharashtra dating back to the period of Independence and reorganisation of states on linguistic lines in 1956 has stirred renewed unrest in the Belagavi region of Karnataka after Maharashtra authorities made fresh claims on the state’s Marathi speaking areas, including Belagavi.

Since the language issue has political resonance beyond Belagavi in both Karnataka and Maharashtra, all parties have a stake in the fight. The Karnataka Rakshana Vedike (KRV), a pro-Kannada organisation that is otherwise without a political base, enjoys tacit support from the entire political spectrum in Karnataka. 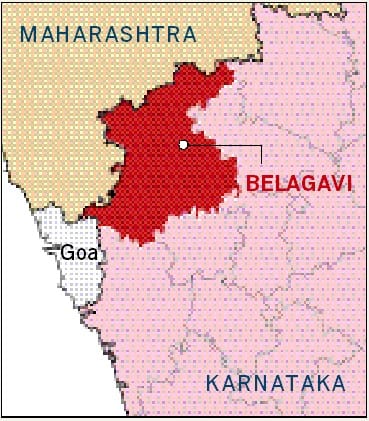 The Maharashtra Ekikaran Samiti (MES), an outfit representing the interests of Marathi speakers in the Belagavi area, is now reliant on parties like the Shiv Sena to retain its political standing.

With Karnataka going to elections next year, the ruling BJP, which does not want to be painted as an anti-Kannada party, is making all efforts to convince Maharashtra’s BJP-Shiv Sena government to not allow the situation to escalate. Meanwhile, both pro-Marathi groups in Maharashtra and pro-Kannada groups in Karnataka are questioning the BJP for failing to support their respective causes.

Tension began building last week ahead of a scheduled Supreme Court hearing on November 30 on a fresh Maharashtra plea claiming parts of Belagavi district. The matter was ultimately not taken up, but on December 1, pro-Kannada groups protested in Belagavi against the alleged beating of a student for waving a Karnataka flag during a festival at a local private college.

Also in Explained |Maharashtra-Karnataka border dispute in court, Belagavi on edge: All you need to know

A proposed visit by two Maharashtra ministers to some of the disputed areas on the Maharashtra-Karnataka border to meet pro-Marathi groups on December 3 provoked anger in Karnataka, with pro-Kannada activists asking the state government to not allow the delegation to visit Belagavi and villages in the district that are claimed by Maharashtra.

The Maharashtra delegation ultimately first postponed their visit to December 6, and then cancelled it amid calls for restraint from BJP leaders in Maharashtra.

Karnataka Chief Minister Basavaraj Bommai had earlier said: “In view of the current situation between the two states over the border dispute, it is not advisable for the Maharashtra ministers to visit Belagavi. This message has been conveyed by the Karnataka Chief Secretary to her counterpart of that state through a fax message.”

Also Read |With BJP in power in Karnataka, Maharashtra and the Centre, the annual Belagavi border flare-up may be reined in this year

On Tuesday, dozens of activists of the KRV attempting to reach Belagavi were detained by police at a border checkpoint. Some KRV activists pelted Maharashtra vehicles with stones.

Since 2012, when the winter sessions of the Karnataka legislature began to be held in the Belagavi region, the MES has organized protests called ‘Maha Melava’ rallies outside the venue to press for the unification of Belagavi with Maharashtra.

Last year, the MES organised a protest rally outside the Suvarna Soudha, the legislature building in Belagavi, without permission from police and the district administration. Shiv Sena leader Vijay Devani who had travelled from Kolhapur to participate in the rally, was sent back by the Belagavi police. MES activists gathered at the venue clashed with Kannada activists.

In Kolhapur (Maharashtra), a Karnataka flag was burnt in protests, and the issue was raised in the Karnataka Assembly. Reports also emerged of a statue of Chhatrapati Shivaji Maharaj being defaced in north Bengaluru by pro-Kannada activists. On December 17, pro-Marathi activists allegedly damaged a bust of Kannada warrior icon Sangolli Rayanna in Angol in south Belagavi. Pro-Marathi activists also allegedly threw stones at Karnataka government vehicles.

At the time of Independence, Belagavi (then Belgaum) was part of the Bombay Presidency. The MES came into existence in 1948 with the sole aim of pushing for the integration of Belgaum with the state of Maharashtra. The region was, however, integrated with the state of Mysore (now Karnataka) during the reorganisation of states on linguistic lines.

Over the decades that followed, the MES became a strong political force in Belagavi on account of its support among the sizable Marathi population in the region — which has enabled it to consistently win seats in the Karnataka legislature, and to even control Belagavi city on occasion.

In 1962, the MES won as many as six seats in the Karnataka Assembly from Belagavi. But in 2018, it failed to win a single seat in several decades as its vote base drifted towards the BJP, and the MES suffered divisions.

The MES enjoys the support of the Shiv Sena (both factions), Congress, and NCP in Maharashtra. Chief Ministers of Maharashtra have often backed the integration of Belagavi with Maharashtra. In one of the worst incidents of violence over the border dispute, nine people were killed in 1986 in police firing in Belagavi during protests backed by political leaders from Maharashtra.

The Mahajan Commission constituted by the Government of India in 1966 said some 200 border villages could be integrated with Maharashtra, but rejected the state’s claims on Belagavi city. Karnataka governments have passed multiple resolutions endorsing the Mahajan Commission report.

Maharashtra and MES have in the past demanded that Belagavi be declared a Union Territory. In 2005, the MES-led Belagavi City Council passed a resolution to approach the state and Centre for integration of Marathi areas in Belagavi with Maharashtra. The Karnataka government of the Congress and JD(S) ordered dissolution of the BCC over the move, and Kannada activists blackened the face of the MES mayor of Belagavi over the resolution.