Coronavirus: Why bats carry viruses but don’t fall ill themselves

Diseases caused by coronaviruses, such as COVID-19, are zoonotic, meaning they are transmitted between animals and people. 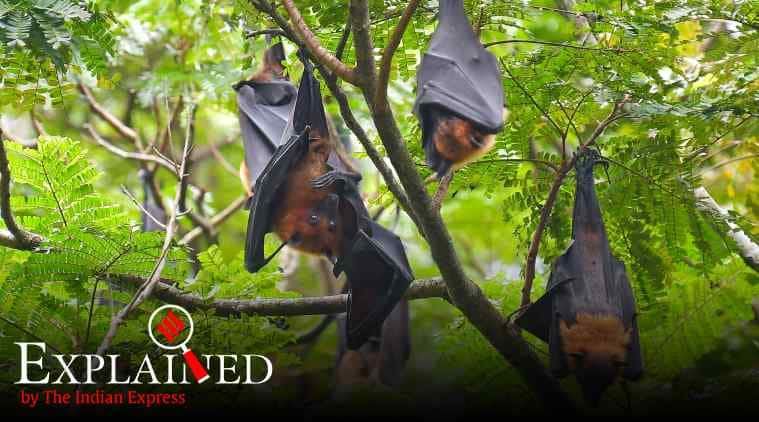 As the novel coronavirus has spread across continents, studies are underway to better understand its origin and how it is transmitted.

Diseases caused by coronaviruses, such as COVID-19, are zoonotic, meaning they are transmitted between animals and people. According to the World Health Organisation (WHO), SARS-CoV was transmitted to humans from civet cats, and MERS-CoV from dromedary camels.

Both the viruses, however, are believed to have originated from bats and subsequently passed on to other animals.

While researchers are yet to conclude how the novel coronavirus, which was first detected in China’s Wuhan, originated, many believe it could be traced back to bats.

How do so many viruses originate from bats?

Many studies over the years have found bats to be a natural reservoir for a large number of zoonotic viruses that have caused outbreaks in many countries in the past. These include rabies, Marburg, Nipah and Hendra viruses.

The global SARS outbreak of 2002-2004, which claimed almost 800 lives in more than two dozen countries, was also traced to the horseshoe variety of bats in 2017.

Researchers at the Wuhan Institute of Virology in China were able to trace the origin of the SARS virus to these bats in a remote cave in the country’s southeastern Yunnan province. After years of investigating caves in several parts of China, the virologists were able to find a single population of horseshoe bats that had the virus strains which matched the ones which had been transmitted to humans.

Some experts believe that the novel coronavirus could also be traced to horseshoe bats.

How do bats survive despite being carriers of viruses themselves?

Bats are able to carry a host of viruses without becoming ill, except for rabies, which affects them.

Research suggests that bats, which make up a quarter of all mammal species, have developed stronger immune systems through the process of evolution which enabled them to fly.

Studies have shown that when bats fly, the energy requirements in their bodies cause cells to break down into bits of DNA which are then released. While most organisms would treat such DNA particles as foreign invading bodies, in bats such responses are more muted.

Due to this weakened response, bats do not develop inflammations, which can cause a considerable toll on the body’s energy. This phenomenon is believed to be the reason so many viruses can exist in their bodies.

In a 2007 study at the American Society of Microbiology that predicted the emergence of a SARS-like coronavirus epidemic, researchers had written, “Coronaviruses are well known to undergo genetic recombination, which may lead to new genotypes and outbreaks. The presence of a large reservoir of SARS-CoV-like viruses in horseshoe bats, together with the culture of eating exotic mammals in southern China, is a time bomb. The possibility of the reemergence of SARS and other novel viruses from animals or laboratories and therefore the need for preparedness should not be ignored.”

Boss accidentally turns herself into a potato during video meeting, post leaves netizens in splits