Along with leading brands like H&M and Inditex, which owns Zara and Bershka, the new agreement has also been signed by global unions including IndustriALL and UNI Global Union. The accord made it mandatory for brands to set basic standards of workplace, minimum wages, independent factory inspections, public reports on the factories, constant repairs and renovations. (AP)

Leading global retailers have agreed to extend a health and safety agreement with garment workers and factory owners in Bangladesh. The International Accord for Health and Safety in the Textile and Garment Industry – a legally-binding pact – comes into effect from September 1, and will be valid for two years.

Along with leading brands like H&M and Inditex, which owns Zara and Bershka, the new agreement has also been signed by global unions including IndustriALL and UNI Global Union.

What was the previous accord?

The pre-existing Accord on Fire and Building Safety had come into effect in the aftermath of the collapse of the eight-story Raza Plaza complex in Savar near Dhaka that killed more than 1,100 people.

Put in place by IndustriALL, UNI and 17 textile and garment brands, the accord was the first legally binding agreement that was brought in to ensure and improve the safety of workers. More than 200 companies had signed the agreement.

Brands like Primark and Mango used the factories in the building and were called out to look into the highly unsafe factory conditions that Bangladesh workers had been working in.

The accord made it mandatory for brands to set basic standards of workplace, minimum wages, independent factory inspections, public reports on the factories, constant repairs and renovations.

The 2013 Accord specifically focused on fire, electrical and building safety hazards.

Advertisement
Also in Explained |What is the ‘milk crate challenge’ and why have doctors expressed concern over the trend?

What is the new health and safety accord?

The new agreement is being managed by the Ready-Made Garments Sustainability Council (RSC). According to the International Labour Organisation (ILO), the ready-made garment sector accounts for 80 per cent of Bangladesh’s export earnings and employs about 4.2 million people. ILO’s 2017 report stated, “It is estimated that over 11,000 workers suffer fatal accidents and a further 24,500 die from work related diseases across all sectors each year in Bangladesh. It is also estimated that a further 8 million workers suffer injuries at work – many of which result in permanent disability.”

IndustriALL Global Union general secretary, Valter Sanches, said the new agreement is an important victory towards making the textile and garment industry safe and sustainable. “The agreement maintains the legally binding provision for companies and most importantly the scope has been expanded to other countries and other provisions, encompassing general health and safety,” said Sanches.

According to the official website of The Accord on Fire and Building Safety, the new agreement maintains the essence of the earlier accord and includes, “respect for freedom of association, independent administration and implementation, a high-level of transparency, provisions to ensure remediation is financially feasible, safety committee training and worker awareness program, and a credible, independent complaints mechanism.”

Instead of specifically focusing on fire and building safety, the agreement broadens its scope of covering general health and safety, according to a report by IndustriALL. It will work towards expanding the scope of the agreement in order to address “human rights due diligence along the brands’ global supply chains”.

The new accord will also set in place an optional arbitration process to implement its terms in a streamlined manner, stated the report.

Christy Hoffman, General Secretary of UNI Global Union, said, “With its accountability, transparency, and legally binding commitments, the International Accord is an example of what modern due diligence should look like in Bangladesh and beyond. It also recognizes that the work in Bangladesh’s garment industry is not done, and this agreement helps strengthen the RSC and deepen brands’ commitments to the people who manufacture their products.”

What is the Ready-Made Garments Sustainability Council (RSC)?

RSC was handed over the responsibility of looking after the implementation of the 2018 Accord.

RSC was set in place to ease the functioning of businesses under the Accord and to look after the implementation of the Accord in a more streamlined manner.

President of BGMEA, Rubana Huq had told Reuters, “The RSC is an unprecedented national initiative, uniting industry, brands and trade unions to ensure a sustainable solution to carry forward the significant accomplishments made on workplace safety in Bangladesh.” 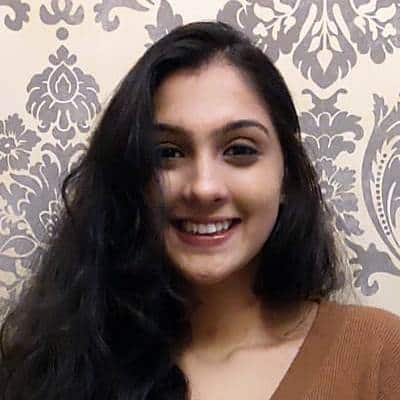