Data released by Assam government caused a storm in Assembly but NRC process stays on schedule. What trends was the govt trying to highlight, and what is their demographic and political significance? 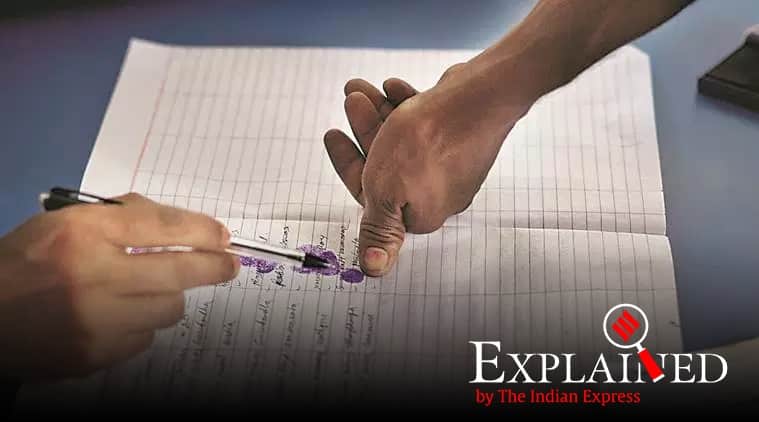 Last week, the Supreme Court refused to be drawn into a debate over the leak of National Register of Citizens (NRC) data in Assam, stressing that it wants the final NRC out on schedule (August 31) “irrespective of who likes it or who doesn’t”. This capped a week of controversy that began with the state government tabling the data in the Assembly, and demanding reverification.

What kind of data were presented in the Assembly?

According to the government, these are from the draft final NRC published in July last year. It showed the number of people included in and excluded from the NRC in each of Assam’s 33 districts. In fact, sections of the Assamese vernacular media had published district-wise data last year itself, but the NRC authorities had never commented on their authenticity. Besides, the numbers of inclusions and exclusions will now have changed, following the processes of claims and objections.

What is the significance of data broken up district-wise?

It is about demographic profiles and geographic locations. BJP minister and government spokesperson Chandra Mohan Patowary, who presented the data, highlighted a trend — the inclusion rate is higher in Bangladesh-border districts, and lower in districts with a predominant indigenous population. The government cited these trends to claim the NRC is flawed. This argument presumes that the number of illegal immigrants will be higher in border districts. Migrants from East Bengal/East Pakistan/Bangladesh have, however, been settling in various parts of Assam for decades.

The three border districts— Dhubri, South Salmara and Karimganj — happen to be Muslim majority. On the other hand, the two districts with the highest exclusion rates — Hojai and Darrang — too have high Muslim populations but are far from the border. What do demographic profiles tell us about immigration?

While it is widely accepted that the migrant-origin population is predominantly Muslim, the counter-argument is that Bengali Muslims have been entering Assam since British rule. Migration is considered illegal only when someone has entered Assam after March 24, 1971. As such, the relationship between population profiles and immigration has been a subject of debate among demographers.

Dr Nandita Saikia, Assistant Professor of Population Studies at JNU, has analysed Census figures since 1891 to conclude that Muslims comprised 85 per cent of migrants from East Bengal during 1891-1951, and about two-thirds of migrants from East Pakistan during 1951-71. For the period between 1971-2011, she concludes that the Muslim population growth in Assam (from about 25% to 34%) cannot be explained as a natural increase.

Abdul Mannan, former professor of statistics at Gauhati University, has gone into the same population trends in his book Infiltration: Genesis of Assam Movement and concluded that the Muslim population growth has been driven by natural factors rather than migration. “A segment of the Muslim population has a higher fertility rate, unfortunately, because of illiteracy, backwardness and other factors,” Mannan said. Some districts have always had a high Muslim population, such as Karimganj since Independence, and undivided Goalpara district since the first census of 1871, he said.

Leave alone religious profiles, even the extent of overall migration is debated. “Over decades, scholars, activists and politicians have struggled, jousted and claimed vastly different figures for in-migration,” noted Sanjoy Hazarika, journalist, author and International Director, Commonwealth Human Rights Initiative. “The issues are far more complex than a simple sum game, much more than the demographics of religion. There are community growth rates, overall and group fertility rates (the number of children that women will bear between different ages), mortality data and replacement rates,” Hazarika said. “… The fact of the matter is that no one has a clear idea. Bangladesh has denied for decades that any of its nationals migrate to India.”

Won’t the NRC clear the uncertainty?

Hazarika said the NRC, “if it had been done clearly and correctly, had been the best bet to develop a reasonable figure. Now it is mired in so many controversies over data and who’s on or off it and why, that it will continue to be a long and tortuous process. And the poorest and most vulnerable are bound to suffer the most. Ad hoc, knee-jerk rhetorical flourishes may make for good sound bites. but they often are far from reality, logic or facts.”

Among researchers, Saikia questioned the NRC, saying it was not scientific as it was done without a pilot project (an attempt in 2010 was foiled by protests), adding there are fundamental flaws in the field verification process, and calling it unfortunate that the Supreme Court has not agreed to reverification. She said the total exclusion was lower than figures declared by the Centre from time to time. “During 1971-2011, the population growth of those districts which experienced established immigration trends before 1951 is unbelievably high. However, they have the highest inclusion in NRC. Whatever exclusion is happening, they too will be included in the final list as excluded people’s close relatives are included,” she said.

Mannan, on the other hand, described the government narrative around the NRC data as “sheer propaganda not supported by statistics”. He said the cutoff date of 1971 is not acceptable to the government, which is trying various ways to delay the NRC. “If they cannot bring the Citizenship (Amendment) Bill (CAB) before the NRC, a large number of those who came after 1971 and who do not have documents… a majority of them will not find their names in the NRC.”

Why should exclusion, and not inclusion, cause the government anxiety?

Higher Muslim inclusion also implies higher Bengali Hindu exclusion, a base that the BJP is trying to protect. Over the last one year, minister Himanta Biswa Sarma and other BJP leaders have publicly cited their estimates about a high proportion of Hindus among the exclusions. If they are still out of the NRC, the BJP is hoping that they would be eligible for Indian citizenship if the CAB is passed.

Ranjit Dass, state BJP president, told The Indian Express: “We have appealed to our central committee that unless a Foreigners Tribunal or a higher court declares a person a foreigner, one should not be declared as such only based on the NRC. Also, people who are eligible under CAB will be included as citizens once it’s passed — and we are committed to passing it… There is no question of vote bank but it’s all about a moral responsibility.”

— With inputs from Abhishek Saha in Guwahati