An Expert Explains: Why hacking EVMs are tough and defy science

For wireless hacking on large scale, the hackers would need to invest millions, involve the authorities and manufacturers, use an ultra-small transceiver circuit. Even then, the antenna would stick out as evidence. Officials in Vadodara test EVMs ahead of voting in 2014. (Express Photo by Bhupendra Rana/Archive)

In the hue and cry and the debate around claims of Electronic Voting Machine (EVM) hacking, the voices of technical experts remain silent and what dominates is the shallow opinion of some self-proclaimed experts, politicians and political experts. As EVM hacking is in public focus again, it is important to look at some of the fundamental technical elements of EVM hacking.

There are two ways by which an electronic device can be hacked: wired and wireless. In order to hack a machine, the best way is to establish a wired link with its control unit, which is the brain of the device. In technical terms, it is called the microprocessor, which is an electronic board with some circuit elements that can do basic mathematical operations based on the given input. The information fed to the system is processed by the control unit and the output is sent to the memory of the system, which can be read or retrieved at a later stage.

Hacking a device through a wired connection essentially means designing another electronic device, which is able to send a specific pattern of information that its brain can read and interpret. For example, if I were to plan to hack your Apple mobile phone, I would need to write a software using iOS, the operating system on which Apple’s phones work.

The software needs to be transferred to the mobile phone’s control unit. In a demonstration at the University of Michigan, scientists used this kind of hacking in the context of an EVM, where they used a specifically designed chip that was physically plugged into its control unit. There is an alternative way, in which you artificially change the processor to show that it is hacked. This technique was demonstrated by the Aam Admi Party in the Delhi Assembly last year.

In wireless hacking, you do not need a physical connection with the device, but you still need a basic understanding of the control unit or the target device and its operational instructions. Current claims by the self-proclaimed cyber expert Syed Shuja are related to wireless hacking; he claims his group was able to intercept some signals related to hacking. In order to hack a device using a wireless link, the device needs to have a radio receiver which comprises an electronic circuit and an antenna.

The Election Commission claims that EVMs do not have any such circuit element. Let us assume that someone has designed a special kind of electronic circuit, technically called a transceiver, which is ultra-small and is artificially inserted in an EVM, so that it gets hooked to its control unit. In that case, one would need millions of such specifically designed transceiver sets, plugged into the control unit of each EVM.

Now, such advanced electronic devices are extremely complex and cannot be bought from a shop at the end of your street. There are only around half a dozen companies in the world with the expertise to design and fabricate such a device at the chip level. The designers would need access to the actual circuit board of the EVM in order to design the electronic interface. The design of a single device at the chip level can cost a couple of million dollars. The overall cost of getting such devices in millions would cost hundreds of millions of dollars. This is not the end of the story. One would also need a specifically designed antenna, which interfaces with the transceiver circuit. Now, there is a twist here — in principle, transceiver circuits can be miniaturised, but the antenna cannot.

As per the recent allegations by Shuja, Reliance Communications has been providing support in this hacking, which would suggest that they are operating at GSM frequencies (800/1800 MHz range). The physical dimensions of smallest GSM antenna that we can think of are in the range of 1 cm × 2cm × 0.5 cm, which roughly corresponds to the dimension of our mobile phone antenna. Now, we would need lakhs of such antennas along with the transceiver circuits, hooked on to the target EVMs to enbale large scale wireless hacking. In principle, a miniaturised transceiver can remain hidden from our eyes if a team of engineers, specially selected by the government or the Election Commission, secretly implants the device in the EVM, but the antenna would always remain visible due to its size. If one were to use lower frequencies, let us say 100 MHz, the antenna size would increase by a factor of 10. That is why we need huge antennas for our TV sets or dish antennas.

Considering all this, large-scale deployment of such a technology would be a huge project in itself, where the Election Commission, EVM manufacturers as well as chip-making companies would be involved. As mentioned earlier, it is almost impossible to hide the antenna, which will always stick out of the system in order to ensure a seamless wireless link. You could argue that mobile phone antennas are not visible as they have been getting smaller. In fact, if you remove the outer cover of your mobile phone, you will always find a metallic patch, which is the antenna. Several companies have been trying to miniaturise the size of antennas, but attempts have backfired at times.

If someone has such an amazing technology that could be used to hack lakhs of EVMs using an ultra-small transceiver circuit with an efficient antenna, which would remain invisible to the human eye, and be able to plug itself automatically to such EVMs, that person could revolutionise the current telecom industry and should be a suitable candidate for the Nobel Prize in Physics.

To sum up, the best people can request for is glass packaging of the EVM, so that all its components are visible to people and experts who have any suspicion about their operation, instead of raising random questions on EVM hacking.

One final note: paper-based voting is even more susceptible to being hacked through booth capturing, artificial manipulation of ballots, change of ballot paper, and many different ways. In the current age, where printers and computers are readily available, it would take a couple of hours to duplicate ballot papers, print them and dispatch them with miscreants to the specific voting booths. Western countries that have refused to opt for EVMs are small, have a small number of voters, and have strong policing systems that prevent manual hacking and manipulation of ballots.

The author is a Postdoctoral Research Associate at the Massachusetts Institute of Technology. He holds a doctorate in electrical engineering from the University of Cambridge, UK. His expertise is in the field of sensors, microsystems and antennas. 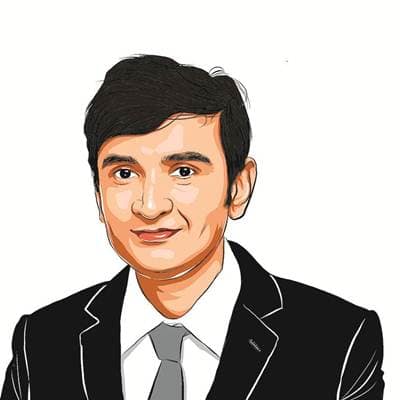 Dhiraj SinhaThe author is a Postdoctoral Research Associate at the Massachusetts I... read more