Amid hurly-burly of negotiations at climate meet, a solution that’s escaping attention

The current problem of global warming is being caused by the accumulation of greenhouse gases, mainly carbon dioxide, that remain in the atmosphere for over 100 years. 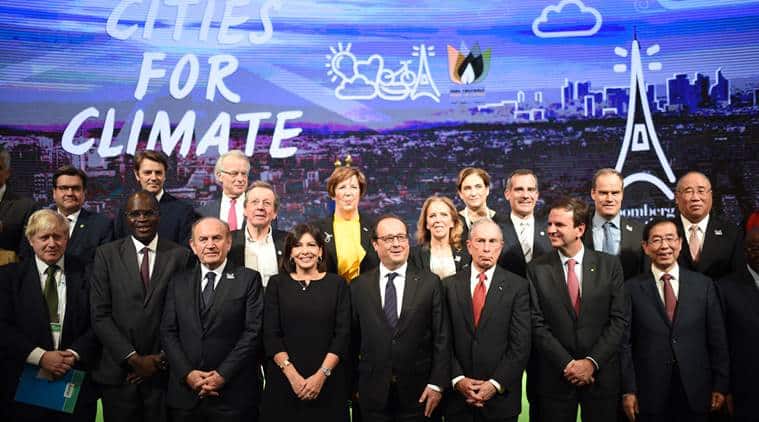 While the world is trying to find the elusive climate agreement that would reduce the emissions of carbon dioxide, a new scientific report has suggested that some other easier and faster ways of slowing down global warming are not being paid enough attention.

The report, produced by the Arctic Monitoring and Assessment Programme, claims that tougher action on pollutants like methane, black carbon and atmospheric ozone could slow down the warming of earth by approximately 0.2 degrees Celsius between now and 2050.

Methane, like carbon dioxide and four more gases, is a greenhouse gas, which will be covered under the new agreement that is currently being negotiated in Paris. But unlike carbon dioxide, it is a short-lived pollutant, and therefore, easier to deal with. It also has about 20 times more global warming potential than carbon dioxide.

The current problem of global warming is being caused by the accumulation of greenhouse gases, mainly carbon dioxide, that remain in the atmosphere for over 100 years.

Black carbon, which is produced due to incomplete burning of fossil fuels, has an even shorter life-term.

“Actions to reduce methane emissions could slow the global warming expected by 2050 by approximately 0.2 degree Celsius. A reduction of about 0.25 degree Celsius in the Arctic could be achieved through global actions to reduce emissions of black carbon and co-emitted air pollutants,” the report, released during the Paris conference, says, according to a statement by the Arctic Monitoring and Assessment Programme (AMAP) that has been set up by the Arctic Council.

“Unlike carbon dioxide, short-lived climate pollutants (SLCPs) have a relatively short residence time in the atmosphere (of a few days to about a decade). The shorter the lifetime, the more quickly atmospheric concentrations can be reduced by lowering emissions. This means that action on SLCPs has the potential to slow the rate of climate warming on a comparatively shorter time scale,” the statement said.

The statement, however, added that the action on SLCPs must be seen as a complement to, and not a replacement for, actions to reduce emissions of carbon dioxide and other greenhouse gases.

The statement said that the AMAP scientific assessments showed that aggressive action on black carbon and methane could make the job much easier to keep the world from heating beyond 2 degrees Celsius as compared to pre-industrial times.

“Action on black carbon and ozone has added benefits since these pollutants are also harmful to human health,” it said.

At the Paris Conference, meanwhile, countries were all set to enter into the formal negotiations on Saturday evening, having come up with a draft negotiating text earlier in the morning. The discussions were so far happening in huddles and in small informal groups, as a result of which the draft text emerged.

The negotiators, who met for three hours on Saturday evening, will reconvene on Monday. By that time, the ministers of all countries would also have arrived to join in the negotiations. After the first week of discussions, most contentious issues have remained unresolved, including those related to finance, differentiation and transparency.