100 crore Covid-19 doses in India: A reason for cheer, and the need to keep going

India’s achievement is enormous — perhaps nowhere else in the world have so many people been vaccinated so quickly. Still, to reach the ultimate goal of full coverage, the number of shots needs to be almost doubled — not counting under-18s. 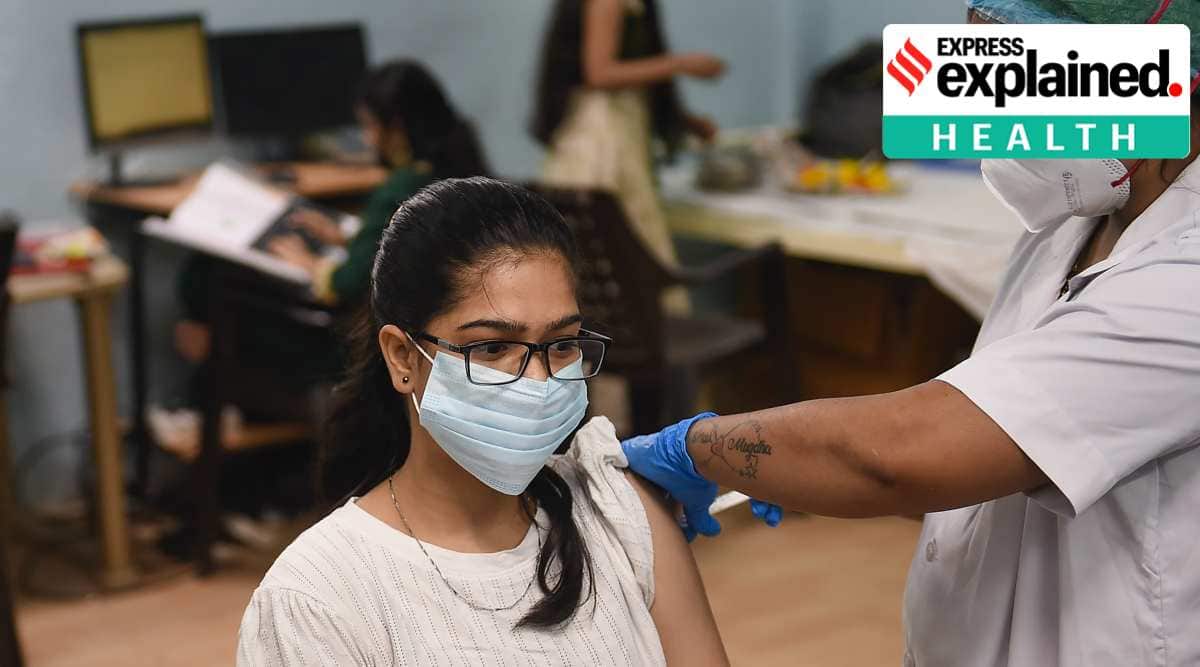 Unlike a few previous instances when record-breaking vaccinations were carried out to mark a special occasion, the milestone of 100-crore doses was crossed on a comparatively uneventful day. By the end of the day on Thursday, fewer than 80 lakh doses were administered. There have been about 20 occasions when at least this number of vaccines have been administered in a single day.

But that takes nothing away from the enormity of the achievement. This is the fastest rate of vaccination, not just in India, but possibly anywhere in the world. China has administered almost twice the number of doses to its citizens but it had also started out much earlier than anyone else. China had begun vaccinating its people in June last year, even before conducting phase III trials of its vaccines.

India, on the other hand, began only in mid-January, with a limited supply of vaccines that was put under further strain by the decision of the United States to clamp down on the export of raw materials. The shortage of vaccines was felt most acutely during the devastating second wave, the worst phase of the pandemic anywhere in the world.

The situation is, of course, drastically different now, with vaccines available mostly on demand and 50-60 lakh doses being administered on many days.

So, while a celebration is not uncalled for, it is important to realise that this is just a milestone, even though an important one, and not the destination. If the task is to vaccinate the entire adult population of about 94 crore, India has just about crossed the halfway mark in terms of total doses. Eventually, the entire population would need to be vaccinated. Vaccines for people under the age of 18 years are just being approved. If the entire population of about 135 crore is taken into account, then an even smaller fraction of the job has been completed.

India also has to remain open to the possibility of providing booster doses from sometime next year. As of now, India looks all set to vaccinate about 70-80% of its adult population by the end of this year. But by that time, the group that received their vaccine in January and February might find its immunity waning. The discussion on booster doses in India — frequency, timing — is still to begin, but it is likely that the cycle of vaccinating everyone would repeat next year. 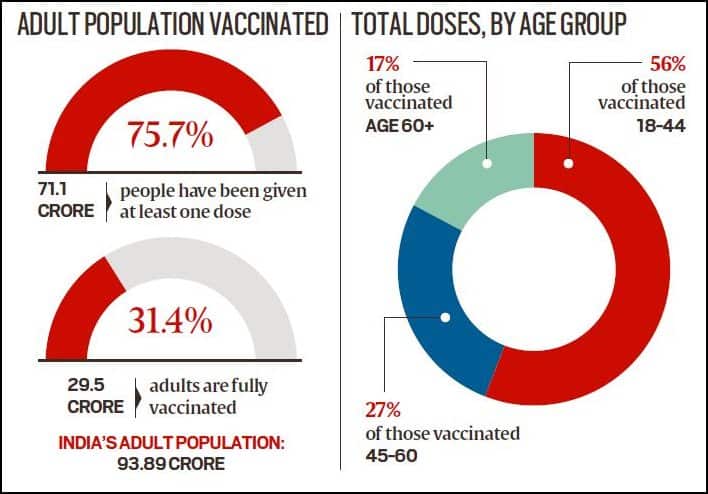 At least 75 per cent of India’s adult population has been vaccinated with one dose.

Also, it is extremely important for the government and the people to realise that vaccination is just one weapon in the fight against Covid-19. And that this weapon would be completely ineffective, if the other weapons, those of masking and physical distancing, are also not deployed simultaneously. Vaccinations have enabled a situation where people can return to their normal lives, and usual economic activity can resume. But lack of Covid-appropriate behaviour can very quickly nullify these gains. Several countries, with high vaccination coverage, have already experienced the slide back into a situation of lockdowns and travel restrictions, with China being the latest example.

India has a slight advantage here because of the fact most of its population has already been exposed to the Delta variant of the SARS-CoV-2 virus, the deadliest variant to have emerged so far. In other countries, where cases have risen sharply despite vaccination coverage, the prevalence of Delta was not as widespread as in India. But that does not rule out a resurgence in India either. Considering its population, and density, a situation where the daily count of cases go back in the 40 to 50 thousand range is distinctly possible. In terms of numbers, the current situation of the pandemic in India closely resembles what was prevailing in end-January and early February, just before the onset of the second wave. The daily count of cases is below 20,000, the decline from the peak is over four months long, and there is a general belief that the worst is now behind India. In January-February, the second wave had given the country a rude shock.

Also read |India vs rest of world: What the Covid vaccine numbers say 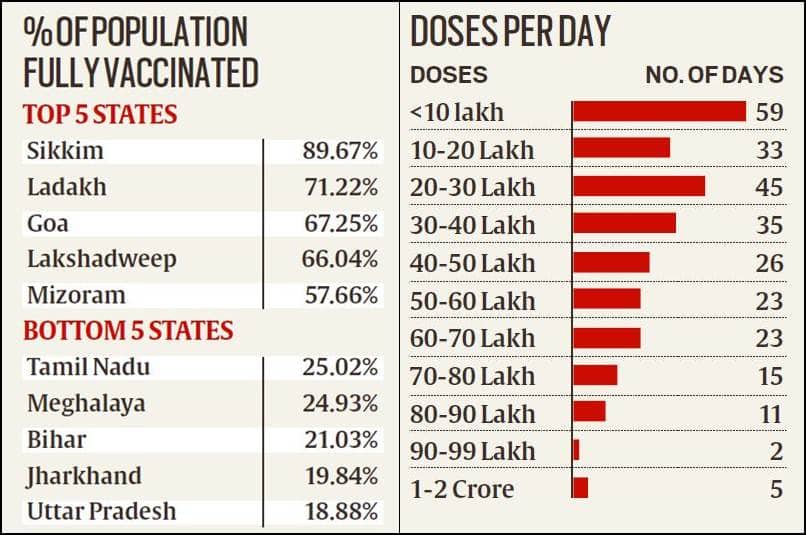 The percentage of the population fully vaccinated

They key difference between the situation then and now is the deployment of vaccines. The fact that a very large proportion of the population got infected during the second wave, and hopefully, gained some immunity from the disease, is also adding to the protection. But that is only until the emergence of another variant that is able to bypass this immunity, as was seen in the case of Delta to some extent. It is a futile idea to bet against the natural evolution of a variant that could be even more deadly than the Delta variant.

Eventually, it is the vaccines, and people’s behaviour, that will protect them against the disease. The 100-crore milestone is a reminder to strengthen our protection through continued adherence to Covid-appropriate behaviour, and to not fritter away the advantage.