Zoya Akhtar will bring a musical based on Archie comics. Unconfirmed reports suggest that Suhana Khan, Khushi Kapoor and Agastya Nanda might star in the Netflix film. 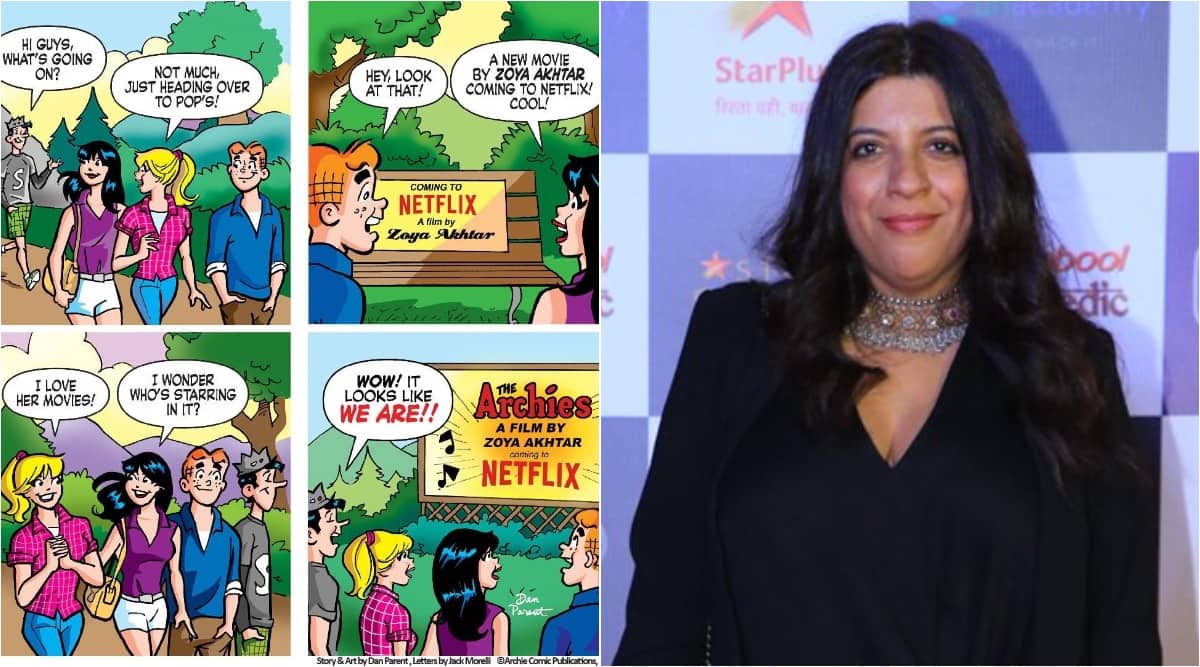 The 90s kids are in for a treat as Archie Andrews and his friends are set to come to India. On Thursday, Netflix announced partnering with filmmaker Zoya Akhtar for a feature film adaptation of the comics. Set in the 1960s, it will be a live-action musical set and introduce Riverdale to a new generation in India. Reports suggest that Shah Rukh Khan’s daughter Suhana Khan, Sridevi-Boney Kapoor’s youngest Khushi Kapoor and Amitabh Bachchan’s grandson Agastya Nanda will play the lead roles. Even Ibrahim Ali Khan’s name had cropped up recently. There has been no confirmation of the casting yet.

Zoya’s company Tiger Baby Films will also co-produce it with Graphic India. The Gully Boy director said that she is excited about the collaboration as the comic has been part of her childhood and teenage years. “I am super excited to have the chance to bring The Archies to life. It was a large part of my childhood and teenage years. The characters are iconic and globally loved, which is also why I am a little nervous. I have to make sure the film stokes the nostalgia of a generation that grew up on the comic and yet resonates with the young adults today,” Zoya Akhtar said in a statement.

Sharing that it’s a matter of pride that Archie and its other comic characters still resonate with fans globally, Jon Goldwater, CEO, publisher Archie Comics added, “We are thrilled to partner with Netflix and trust Zoya Akhtar and her creative team to deliver a truly unique and exciting take on Archie and friends through the lens of Indian cinema. We know that these characters have global appeal and translating them into other settings and cultures is just the start of what we have planned for future multimedia adaptations.”

Pratiksha Rao, director, Films and Licensing, Netflix India, on her part added, “The characters, adventures and friendships in Archies have found fans across the world for generations. With Archie Comics, Graphic India and Tiger Baby, we have an extraordinary opportunity to recreate the world of Archie comics, this time as a live-action musical. Zoya has an incredible and unique ability to make stories and the characters in them relatable, making them feel like they are an extension of our own self. We are thrilled to partner with her in bringing to life the world of Archies to fans and our members in India and around the world.”

Archie comics follow the lives of four friends — Archie Andrews, Betty Cooper, Veronica Lodge and Jughead Jones, and their many teenage issues. While Archie, Betty and Veronica are caught in a love triangle, Jughead is known for his love for food.