Check out these YouTube channels to enjoy some hilarious videos.

During these uncertain times, it becomes important to relax a bit. Here, we recommend a list of YouTube channels for some good laughs.

Saloni Gaur began by making quirky videos on various trending topics like Delhi pollution, soaring onion prices and Delhi elections among others. She took up a fictional character called Nazma Aapi, which found many takers on social media. From mimicking the rant of her neighbourhood aunties to taking potshots at government policies, the young girl has done it all. P.S: Don’t miss her version of Kangana Ranaut.

Stand-up comic Abish Mathew is a known face in the Indian stand-up comedy circuit. His comedy sets have him taking inspiration from his real-life experiences and his observation of things happening around him. If you are looking for something other than stand-up comedy, you can check out his talk show Son of Abish, where he interviews/roasts celebrities.

If you haven’t watched Kanan Gill and Biswa Kalyan Rath’s Pretentious Movie Reviews, you are missing out on a lot. Here, Gill along with Biswa reviews Bollywood films like Dilwale Dulhania Le Jayenge, Kya Kehna, Hum Saath Saath Hain and Main Prem Ki Deewani Hoon among more, and they are out-and-out hilarious. Gill’s stand-up comedy show Keep It Real is relatable as the comedian bickers about Indian parents, siblings, relationships and even blackheads.

From news comedy, sketches, musical comedy, Bollywood banter to discussions on trending topics, a group of stand up comics including Sahil, Sapan Verma, Angad Singh and Pavitra provide you with wholesome entertainment on their YouTube channel East India Comedy. They describe themselves as “a bunch of silly comedians just putting stuff up that we find funny, even if others don’t.”

Varun Thakur and his alter-ego Vicky Malhotra, who is a struggling actor, have something to say about everything, be it Indian moms, Indian ads, Indians studying abroad, struggling actors or astrology. And, as you hear him narrate his personal experiences, you are bound to laugh as it all sounds too real. His latest series Internet Said So has him discussing strange facts available on the internet.

Kenny Sebastian’s latest podcast series Simple Ken Podcast has him talking about several interesting topics including dating your friend, Valentine’s Day, the problem of people-pleasing, the generation gap and coping mechanism among more. Also, you CANNOT miss his vlog Chai Time With Kenny if you are visiting his YouTube channel.

Comedian Tanmay Bhat, who is popular for his roast videos, has started a vlog where you will see him getting sarcastic and hilarious. He shares his point of view about Board exam toppers’ speeches, PubG, Neha Dhupia’s Roadies controversy and coronavirus too. He is sometimes joined by fellow comics like Zakir Khan and Bhuvan Bam. If you are a fan of Tanmay’s roast videos, watch his recent roast with comedians Abish Mathew, Varun Grover, Sahil Shah, Kaneez Surka and others.

Zakir Khan has his way with the audience. As he shares his take on modern India and his love life in his unique accent and rustic style, you will find yourself giving affirmative nods. 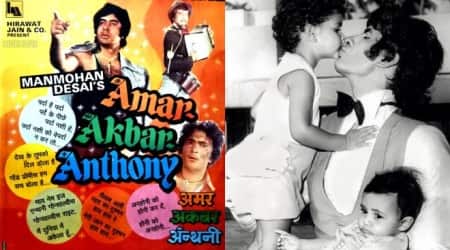