The Afterparty review: Apple TV’s delightful new murder mystery is like the adorable lovechild of Agatha Christie and Akira Kurosawa

The Afterparty review: Sprinkled with Phil Lord and Christopher Miller's inimitable blend of comedy and pathos, the new Apple TV+ show is a fine addition to the new wave of murder mysteries we're currently witnessing. 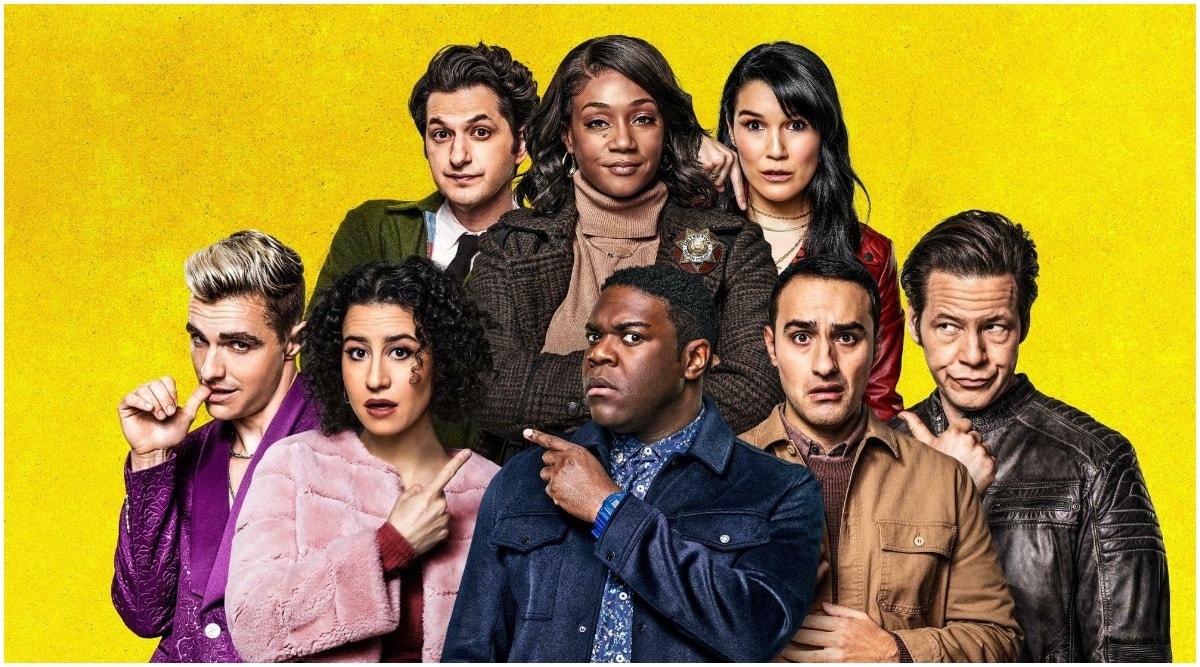 Of all the movie genres to witness a cultural re-emergence in recent years, you wouldn’t have expected murder mysteries to be high on the list. But if they can bring propaganda pictures back into vogue, they can do anything. Like those movies, murder mysteries also seemed to have gone out of fashion decades ago. They were restricted to an annual dusting-off on the BBC, attracting perhaps the same elderly audience that grew up on the Peter Ustinov Poirot films back in the day.

But two things happened between 2017 and 2019. Or three, if you want to bring Adam Sandler into the mix, but let’s not. In 2017, Kenneth Branagh directed a star-studded adaptation of Agatha Christie’s Murder on the Orient Express, and two years later, Rian Johnson put his trademark contemporary spin on the genre with Knives Out. Combined, both films made over half-a-billion dollars at the global box office. Murder mysteries were alive again.

Set to premiere on Apple TV+ on January 28 with three episodes right out of the gate—and a new one every subsequent week—The Afterparty continues the fine tradition of water-cooler hits such as Big Little Lies and more recently, Only Murders in the Building. Created and directed by Christopher Miller—his longtime producing partner Phil Lord serves a more tertiary role—The Afterparty is a delightful comedy that makes the best use of the Rashomon effect since Ridley Scott’s The Last Duel.

A group of 30-somethings, played by some of the best comedic actors of their generation, unite for their 15th high-school reunion. Some have scores to settle, but most of them just want to meet Xavier—a dweeb who somehow became a Bieber-like pop-star after graduating. Before the night is out, Xavier will fall to his death from the balcony of his seaside mansion. Each of his guests will be a suspect.

The gimmick here, so to speak, is that each episode—there are eight in total—features one of the party guest recounting the events of the evening through the lens of a popular film genre. So while the brash divorced dad Brett (Ike Barinholtz) tells his version of events as if he’s the Vin Diesel character in a Fast and Furious-style action movie, the episode centred around his ex-wife Zoe is almost entirely animated. Other genres that get the Lord-Miller treatment are musical, paranoid thriller, and even the kind of black-and-white art film that A24 would pick up sight-unseen at Sundance.

There is also an excellent mid-season flashback episode that puts the characters back in high school. It is exactly at this moment that I realised that these weary 30-somethings, most of whom are dealing with failed marriages, financial insecurity and untreated mental illnesses, are basically the same age as me. Didn’t expect The Afterparty, of all things, to trigger an existential crisis, but there you have it.

Shot with a Sony HandyCam aesthetic and scored to a soundtrack that includes bangers such as Timbaland’s The Way I Are and Shakira’s Hips Don’t Lie, episode five is a neat encapsulation of Miller’s creative ambition for the show. While it never deviates from its quirky whodunnit tone, underneath the chipper exterior, it’s a story about millennial disillusionment.

The story is anchored by the very talented Ben Richardson, who plays Aniq, a harmless-looking guy who believes he’s the star of his own romantic comedy, until, of course, he becomes one of the prime suspects in the murder of Xavier. For all intents and purposes, Aniq is the protagonist, but crucially, he was also the person who discovered the crime. Richardson has an easy comedic presence—sort of non-threatening, but also resourceful. To clear his name, Aniq joins hands with Ben Schwartz’s endearingly air-headed Yasper, who is basically a slightly-altered version of the Jean-Ralphio character that Schwartz famously played on Parks & Recreation.

Over the course of the night, as each suspect is called into a room to be interrogated by Tiffany Haddish’s upstart detective—she gets her own Southland-style episode—Aniq and Yasper discover that everybody had a reason to harm Xavier, who was by no means a good person. But, as one character says, “Tell a story in a certain way and anyone could have done this, tell the story in a different way and none of us did this.”

Engaging, inventive, and enthusiastically performed, The Afterparty is another fine addition to Apple’s ever-increasing (but largely ignored) roster of original programming, which, hopefully, will pay dividends by the time murder mysteries are given another makeover 30 years from now.