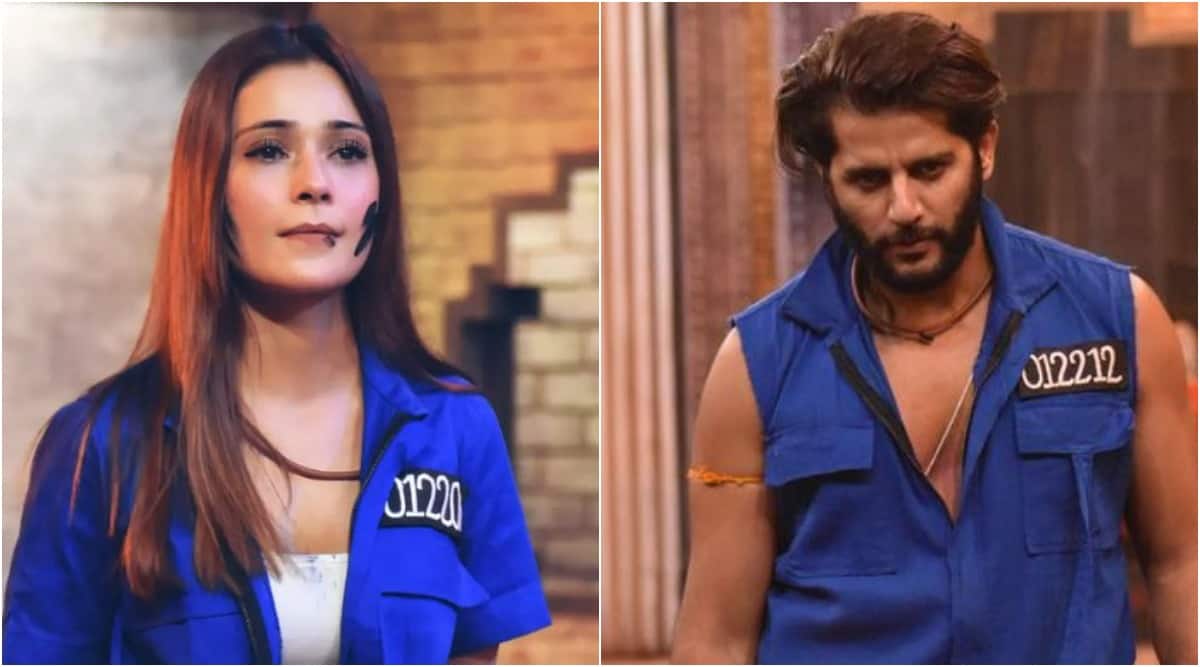 This weekend, Lock Upp saw a big shuffle among contestants. After Chetan Hansraj and Saisha Shinde were ousted from the show for misbehaviour, television actor Sara Khan was also evicted on Sunday. If this was not enough, Kaaranvir Bohra also exited the jail following a mid-night surprise eviction.

As readers would know, Zeeshan Khan and Vinit Kakar entered the reality show as wild cards. While they were still warming up to contestants, they were given special powers to name one contestant who would get ‘locked out’ immediately. The blue team was in for a rude shock when they named Kaaranvir. As the Naagin 2 actor walked out of the show, his team was seen breaking down, calling it an unfair eviction.

Kaaranvir’s wife Teejay was also seen crying foul over the sudden eviction. In a tweet, the actor-host wrote, “But just curious.. how do 2 new guys have power to eliminate anyone from chargesheet? And when KV had to eliminate someone, he was told he couldn’t pick from the chargesheet and was given a selection of 3 names instead?” Fans too supported her, demanding makers to get Kaaranvir back in the jail.

Coming back to Sara Khan, the actor was nominated alongside Payal Rohatgi, Poonam Pandey, Shivam Sharma, Nisha Rawal and Anjali Arora this week. While Anjali was saved by getting the maximum votes from the audience, Poonam was saved by her co-contestants. Payal, on the other hand, revealed her secret to get immunity, Kangana announced Shivam as safe. Later, the host announced that while Sara got more votes, she should be evicted given her inactive behaviour over the week. Kangana even called her out for not even attempting to save herself by revealing her secret.

Also Read |Ali Merchant on rekindling relationship with ex-wife Sara Khan in Lock Upp: ‘Give me any punishment instead’

The Bidaai actor was touted to be a strong contender, however, she failed to make a mark in the show. While Sara was considered one of the sweetest and caring inmates around, she couldn’t make a strong connection with anyone. Her game also suffered when former husband Ali Merchant entered as a wild card. Sara could not handle being under the same roof with him and had many breakdowns. Another aspect of her journey included Shivam Sharma’s love for her. While he never shied away from expressing his affection, Sara never reciprocated it. In an interaction with Kangana, she also hinted at already having someone else in her life.