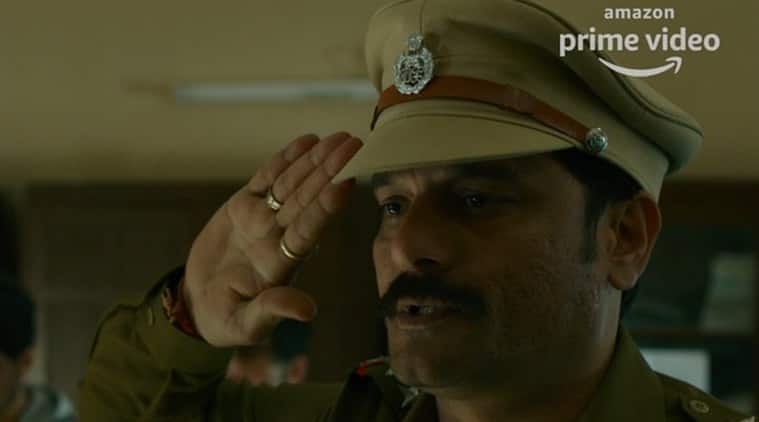 A celebrity TV anchor is the target of a group of killers. Why do they want to kill him? Who is behind it all? The case is handed over to a cynical, seen-it-all, from the wrong-side-of-the-tracks cop, and as he starts digging, startling connections between the most unlikely people in the most unlikely places start popping up. Paatal Lok is fashioned as a crime thriller-cum-police procedural set mainly in Delhi, spinning off into several threads, some really solid, a few comparatively weak, but managing to keep its hold on us. Weaving in an awareness and recognition of contemporary India makes it political, and elevates it: Paatal Lok is intelligently written, fast-paced, and engrossing, and I thoroughly enjoyed it.

Paatal Lok is an old-fashioned, evocative word which means hell or the nether-world, the exact opposite of swarg-lok aka heaven. And in this tale written by Sudip Sharma, produced by Anushka Sharma, we are led inexorably into darkness, which gets darker at each step: there are some parts here, doused in blood and bone and gristle, making even the most hardened fans of gore wince. I confess to closing my eyes in a couple of scenes, but the violence isn’t gratuitous because it has history: we know there will be blood.

Right in the first episode, we get Inspector Hathi Ram Chaudhary (Ahlawat) explaining what Pataal Lok is to newbie Ansari (Singh, impressive), and we pause: is this series going to be a series of explainers, where people will do something, and other people will tell us what they did, in the tiresome way of so many fictive things floating on the web these days?

Thankfully, from the second episode on, we are in adult territory, where we are asked to meet the story-tellers half way, as the series gets busy in laying out its wares, drawing parallels between the cushy world of English-speaking, pub-trawling, bed-hopping media types, and the foul-mouthed cops, colourful consorts, convicts: hell is everywhere.

A bunch of characters jostle for our attention, and as the ambitious journalist who is happy to swing whichever way the wind blows, Neeraj Kabi is efficient. His anxiety-ridden wife (Mukherjee) starts off shaky, but is given more to do as it goes along. There’s an idealistic reporter (Dutt, leaving an impact) in the mix, looking for a moral centre in the murk, too. But the man of the series is, undoubtedly, Jaideep Ahlawat. His Hathi Ram Chaudhary is a man of many parts: exasperated and tender with his wife (Panag, ably supportive), an unsure father with a rebellious teenage son, and desperate to get that one case that will make him come up tops. The craggy faced-Ahlawat aces it, each line of his face denoting a life lived, making even the more unbelievable parts of this thing believable.

His pairing with rookie Ansari is your classic hard-boiled, experienced senior showing the ropes to a wide-eyed junior, but we get more than the trope. Ansari being Muslim gives the series a chance to show us discrimination and dislike of the other. We also get religion, caste, politics, violence, corruption and power-play at all levels, whether it is in tony South Delhi or in dust-ridden rural areas: some of the most powerful parts of Pataal Lok are set in rural Punjab, and Chitrakoot, an ancient town which gets its nous from being the place Lord Ram made a stop-over at on his way to Lanka. And we get a great line from a local cop: ‘Bhagwan Ram (nahin kar paaye) toh yeh Ramavtaar kya cheez hai.’ Some of these lines have heft, making up for such clunky ones as: ‘Who are these people? They are us’. Full marks to the character for saying this seriously.

There are other lines, too, which speak to an India which has changed, as the celebrity anchor tells his own wide-eyed rookie, and even if they are stating the obvious, they are nonetheless on point: ‘ We ( journalists) used to be heroes ; now we get trolled, killed fired.. we are all indispensable like Gauri Lankesh.’ Fake news finds a mention, as do ‘UP elections’: the long tail that wags between a group of gun-toting carpet-baggers hidden in the jungles to the shiny mansions of media mavens in Delhi, becomes too much of a stretch, but the terrifying result of that is the dead-eyed, uber violent Hathoda Tyagi (Banerjee, terrific), who holds the key to a well-hidden secret.

Also Read | Was unsure of pulling off Hathoda Tyag: Abhishek Banerjee | Neeraj Kabi: Want to do commercial movies with Rajkumar Hirani, Zoya Akhtar | Jaideep Ahlawat: A work like Paatal Lok could have been offered to me earlier | Paatal Lok: Journey to the dark side

Finally, when it comes down to it, Pataal Lok cuts through its own clutter to posit these two men, Hathi and Hathoda, each a creature of his circumstance, and gets us to ask: is anyone purely evil? The answer, my friend, lies in the love of a dog. Go figure.

IPL makes quality of cricket as number one priority, BBL has lost its way: Shane Watson