Trial by Fire brings alive the Uphaar Cinema tragedy and is even more visceral with performances by Abhay Deol and Rajshri Deshpande. 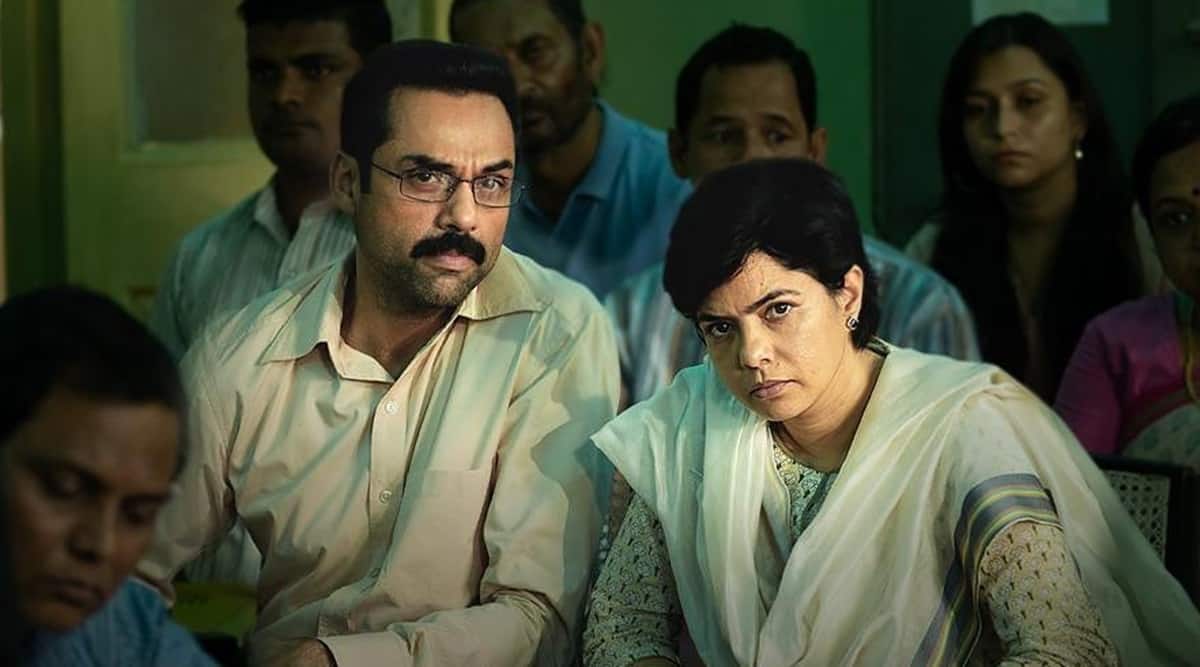 A birthday cake arrives. The delivery man is cheerful, unaware that he stands at the doorstep of a household that’s consumed by raw grief. Abhay Deol’s Shekhar Krishnamoorthi frantically tries to get rid of him—-he doesn’t want to get into the story of why they can’t have the cake at home; he hopes that his wife, Neelam Krishnamoorthi (Rajshri Deshpande) will not see the cake. He lies, tells her it’s the dhobi. She isn’t fooled; she sees him hiding the cake in a cupboard. After he leaves, she puts it back in the fridge. At the end of another long, excruciatingly painful day dealing with courts, the couple meet at home, with just the cake in the middle of the table. They cut the cake, and quietly remember their son—-it was his favourite flavour. There’s a ghost of a smile on Shekhar’s face, while the weariness on Neelam’s face softens a little. Words aren’t spoken; there’s just unshed tears. They hold each other and sleep that night, knowing that the next day is another battle.

It’s these scenes that make Netflix’s Trial by Fire searing—-so searing that words like heartbreaking and gut-wrenching just seem pale and hollow. Trial by Fire captures the journey of the parents who lost their children in the Uphaar Cinema in 1997 and their long road to justice, contending with corruption, hostile witnesses, seedy men in power and exhaustive court visits. It delves into the several layers of the tragedy that burnt down the lives of so many people. While the court battles and fight for justice portray the enormity of the loss owing to callous mismanagement, it’s the unspoken fight for closure that is far more harrowing. Abhay Deol and Rajshri Deshpande—-especially Rajshri——sink into the sea of grief as they play parents left in a desolate household.

After the outbreak of the fire and the deaths of their children, Rajshri is a woman who is almost dead inside, but wants the answers.  Early on, she realises that there has been a failure at each level—-starting from the shoddy repairs of the transformers that burnt down the theatre, to the theatre owners absolving themselves from any kind of responsibility. She is a mother trying to piece a distorted and blurry puzzle together. She knows that her children could have been saved in fire. Shock, fury and anger drive her to that one purpose that begins to form the core of her being. In that state, she cannot help but express slight resentment that her children’s friend survived—it’s a momentary thought, a dark one, and yet horribly natural — “Why us, and why not them?” Shekhar instantly talks her out of it, and the moment evaporates.

Also Read |Trial by Fire on Netflix: What was the Uphaar Cinema tragedy?

Through Neelam’s eyes as she fights for justice, we see a country as it struggles to manage a business. The first few episodes draw you into the shock of the loss, and is a journey through grief, mixed with bitterness and some sweetness. Sometimes the memories surge in the form of sticky notes, which detail reminders of dentist appointments that won’t be attended. Sometimes, the anguish bursts through and clouds all reason. But how does one expect rationality in such a situation?

For instance, Neelam illegally enters a politician’s party and creates a scene. She demands to see her daughter’s friend, who survived the fire. His tearful parents request her to give them some time—-he is grieving as well—-but Neelam’s consumed by the fire of her own loss to see that at first. The agonising realism of the situation is seen in the non-linear processing of the whole trauma—-trying to understand what happened on that fateful afternoon, asking anyone who might remember any details from that day, who as behind it, with the sudden resurgence of one thought that just digs in deeper—-what happened to her daughter’s necklace? Memories are buried in the household; it’s in photo frames, birthday cakes, and toothpaste holders. Neelam’s expression says it all, every time she picks up a toothpaste holder.  The whole portrait of grief is as real and raw as it gets—-the shock of loss, sudden dissociation and the flash of seemingly disconnected thoughts, linked with their past.

As the Krishnamoorthis form the AVUT—the legal association to fight against the system—-there are little moments of nostalgia, that make the show so utterly human and relatable. Shekhar listens with a smile as another bereaved mother shows him photos of her son. She tells him with a warm naivety that her son always wanted a dog, but at first his father didn’t agree. Later, he got the dog. “See, that’s him with a dog.” Shekhar enjoys listening to this; it doesn’t lessen his grief, but he knows that there are others who are desperately trying to fill the void. In another scene, a trembling nurse recites the names and ages of a family of six to a watchman—it ranges from 30 to six months. The victims of the tragedy weren’t just a number, they were living, breathing people once.

The years slowly edge by, the initial shock has worn off, but the drive for justice is as strong as ever. Weariness and heaviness still exists subtly in both Neelam and Shekhar, perhaps not so outwardly but it haunts the atmosphere. Throughout the show, we don’t see Neelam smile ever—-she just has a wry expression, and changes topics abruptly when something comes a little too close to home. The rage at the injustice meted out consistently bursts forth like a dam—-especially when the perpetrators walk free, and Neelam doesn’t a miss a chance to express her anger when talking to the reporters. Yet, like the show portrays, the quest for justice seems as endless for the quest of closure.

Shekhar smiles a little more, as when he meets an old friend—-but it is painful to watch—-because you see a man, trying to laugh at someone else’s jokes, but there’s a sense of suppressed bitterness In one scene, he gets intoxicated with the friend, and continuously laughs at something he had said before, mocking him for it. There’s a distinct change in him as the show draws to a close; he doesn’t believe that there will ever be any justice or change. Yet, Neelam does, and the series ends with her at the court, with faint hope in her eyes.

Trial by Fire brings alive the Uphaar Cinema tragedy and is even more visceral with performances by Abhay Deol and Rajshri Deshpande. It shows you the different circles of inferno—the literal meaning, the agony of legal hell, as well as the personal hellishness that settles into lives after such loss. It hurts deeply, because it shows the several layers of the tragedy that tore apart lives in 1997, in a country, trying to muddle itself out of widespread dysfunction. 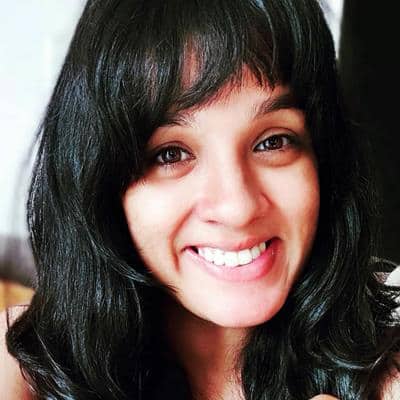