Money Heist 5 actors unite for a new song, but will The Professor and Alicia Sierra join hands in the Netflix show?

Money Heist actors Álvaro Morte and Najwa Nimri will be singing a track in the upcoming album 'AMA'. The Netflix show's season 4 ended on a cliffhanger, with Alicia Sierra tracking The Professor at his hideout and taking him at gunpoint. 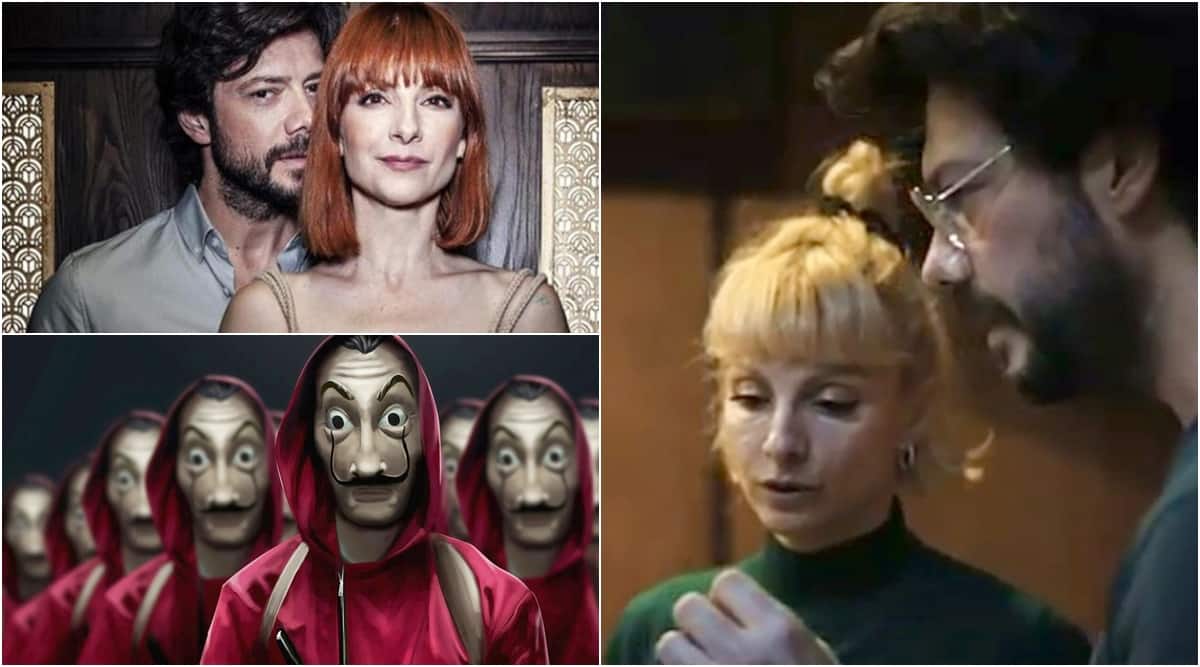 Money Heist might have wrapped up production, but its cast are taking their collaboration beyond the Netflix show. In a recent announcement, actors Álvaro Morte and Najwa Nimri revealed that they are collaborating for an upcoming album that’s set to release on June 4.

Taking to their respective Instagram handles, Álvaro and Najwa posted a video from the recording studio, where the two are discussing the song. As per their caption, the track titled ‘Acércate Más’ (Come Closer) is from bolero genre of music and from what we know so far, will be crooned by them as a duet.

Najwa, who’s also a singer, has named her upcoming album ‘AMA’ which is a collection of songs she wrote during the lockdown. Álvaro’s caption on Instagram was written as a conversation between the two artistes. It read, “Najwa: Would you sing a bolero with me? Me: How? Najwa: I’m making a record of BEAUTIFUL songs. Me: Done.”

The two stars have also been teasing fans on social media about their new project, for sometime now.

Money Heist’s lead actor Álvaro Morte plays the role of The Professor, while Najwa Nimri joined the show in its third season as pregnant cop Alicia Sierra, who’s the investigation head of the ongoing robbery at The Bank of Spain, masterminded by Álvaro.

Season 4 of the crime-drama ended on a cliff-hanger, with Najwa singing the show’s popular theme song “Bella Ciao” in the end credits. This, after she finds out The Professor’s hideout and takes him at gunpoint. Though the season had them coming face-to-face, fans expect more action and suspense as many theories suggest that either Alicia will join the gang or has a past connect with The Professor’s brother, Berlin.

This isn’t the first time Najwa Nimri has teamed up with actors of Money Heist. Previously, she worked with Úrsula in The Tree of Blood and Alba Flores in Locked Up. Even Jaime Lorente (Denver) and Miguel Herrán (Rio), along with María Pedraza (Alison Parker) from its first season, have all featured in another Spanish show, Elite, that streams on Netflix.

Netflix recently announced that Money Heist 5 has finished filming through a viral click of its entire cast from the set. The 10-episode series will also mark its finale, and is expected to release anytime in the last quarter of 2021.

Work from home: How to choose the right desktop PC (or build your own)