Mai review: Despite the elements that stretch our credulity, Sakshi Tanwar manages to hold our attention. 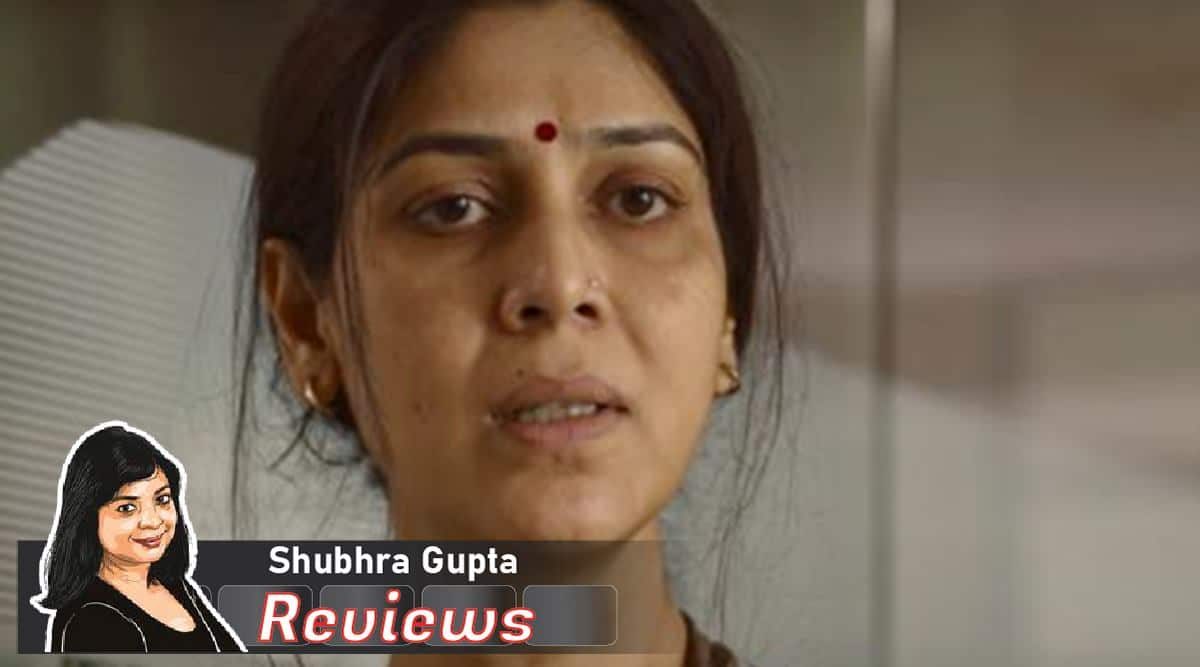 Mai is streaming on Netflix.

‘Mai’ pulls off a tough feat: it coaxes you to suspend tons of disbelief because you have been drawn into its world, and have become invested in its characters. Every time you go, how is that even possible (and this happens over and over again), you are yanked back into the narrative, which relishes its every gritty, grimy, ultra-violent beat.

It’s set in a Lucknow very far away from its ‘nazaakat-filled gallis’, inhabited by people in very different spheres who normally wouldn’t have known of each other’s existence, till a fatal collision brings them together and changes all their trajectories. This is a conceit we’ve seen before, but what ‘Mai’ does is to refresh it by including an unusual ensemble, led by a homely, soft-spoken mother hell-bent upon avenging the killing of her daughter.

Vengeful mums are also not new. Sridevi and Raveena Tandon have gone down that path in ‘Mom’ and ‘Maatra’, respectively. Sakshi Tanwar’s ‘Mai’ is similar only because of the subject; where she branches off from the straightforward revenge track is to get embroiled in murky goings-on involving medical scams, dirty money and very dirty mobsters.

What’s interesting is how Tanwar’s Sheel never strays far from her ‘susheel bahu-biwi-ma’ persona, even as she burrows deeper into the dirt, getting closer to the secret behind her daughter’s accident. Those are precisely the parts which are hard to swallow. Sure, a grieving mother can be full of anger at the tragic turn of events, but the ease with which she does a flip every time she is faced with a seemingly insurmountable obstacle is a major stretch.

Also read |Here’s what Sakshi Tanwar has to say about Mai being compared to Sridevi’s Mom, Raveena Tandon’s Maatr

Just how does a woman who divides her time between her family and the sleepy inmates of an old age home, suddenly become equipped to take on complicit cops, a dodgy businessman (Prashant Narayanan), a hard-eyed female gangster (Raima Sen), and brutal baddies, without turning a hair? This, and more of the same (have fence, will jump over it, sari and all, without breaking a stride; have a killer, turn tables like it’s an everyday occurrence) , is full eye-roll territory, and nothing in the six episodes of season one I’ve seen until now, gives us any hints in that direction. Where does this ease come from?

But, and this is where I found myself admiring the dexterity with which the creator, Atul Mongia, and the writers (Mongia, Tamal Sen, Amita Vyas) coax us along, even when there seems to be something missing from crucial characters .Take, for example, Sheel’s husband (Vivek Mushran, great to see him back after such a long gap), a stoic man who appears resigned to his fate, running a chemist shop as his day job, doing bijli-repair odd jobs as his hobby. Who is this guy? Why is he the way he is? His attitude has a lot to do with the way Sheel responds to things, but it remains a mystery. 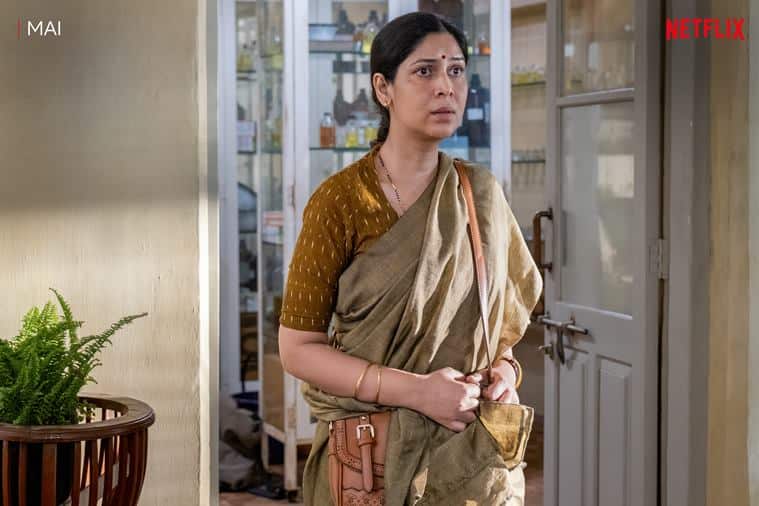 Still, the two of them are able to convince us that they are a unit, have raised a child (Wamiqa Gabbi, eloquently using sign language, very effective) with challenges, and have worked their way around their own challenges. The spiky interactions between the two of them, and their extended family– ‘bhaisahab’, ‘bhabhi’, and the children—are some of the most absorbing parts of the series.

The other parts are full of ‘chor-police’ action (one long sequence where machine guns rattle and bodies fall, life ebbing away, is notable), non-stop ‘gaalis’, and twists and turns. Some of the flood of invective reminds you of ‘Mirzapur’ and other crime sagas set in UP: it’s got old, guys, and tiresome. But again, a few of the faces stand out: as a couple of louts-on-to-a-good-thing, Anant Vidhaat and Vaibhav Raj Gupta (last seen in ‘Gullak’) have something nice going on. As a cop hot on the heels of the bad guys, Ankur Ratan leaves an impression. But Seema Pahwa needed to have been given more to do: for an actor who so effortlessly commands the screen, her part is really sketchy.

Sakshi Tanwar’s journey from a timid housewife to a woman with steel (or did she always have it within her?) is at the heart of ‘Mai’. Right from her mega-popular Ekta Kapoor show ‘Kahaani Ghar Ghar Kii’, Tanwar had proved that she had more to offer than mere saas-bahu shenanigans. Despite the elements that stretch our credulity, here she manages to hold our attention. What will Mai’s next steps be? Tell, tell.

Digging Deep: What a videogame reveals about our navigation abilities