M Night Shyamalan's latest offering is Apple TV+ series Servant. In an exclusive conversation, The Sixth Sense director talks about the experience of foraying into the digital world. Filmmaker M Night Shyamalan, who is known for his twist endings in films, is foraying into the digital world with Apple TV+’s upcoming series Servant. Created by Tony Basgallop, the series involves Shyamalan as a director and executive producer. The first three episodes of Servant will start streaming on November 28, and the ten-episode series will then proceed in a weekly format, much like traditional broadcast television.

The series is set in Philadelphia where a couple is dealing with a life-changing loss. As they let in a stranger into their home, their life goes through a spooky change. In an exclusive conversation with indianexpress.com, M Night Shyamalan spoke about the non-binge format of the show, the ability to surprise his audience and the experience of watching content on smaller screens.

Excerpts from the conversation:

Apple TV+ has the weekly schedule of presenting episodes unlike the binge-model of other streaming services. How do you think that works in favour of Servant?

That’s something I had actually fought for before they made a decision about it. I said I am making this show, and I want it to be weekly, so at least the first wave of people that are watching it, watch it with a certain discernment and let each episode sink into their bones a bit. If we are going to go to all this trouble for us to do it at the film quality level, I want them to think about it and let that episode wash over them and lead them to ruminate over “what could this mean?” And hopefully there is a certain torture involved with it, where they are like, ‘I can’t wait to find out what happens next’. The idea that this is a mystery and then trying to give them all the answers in a binge way — that format works against me.

Much like broadcast television, Servant ends the first three episodes on significant cliffhangers. Does this become a part of the writing process or is that decision made at the editing table?

That’s part of the writing process. Tony (Basgallop, Creator of Servant) has been a career writer for television, so it’s something that he is become very good at.

Many would say that this series has the classic ‘Shyamalan-touch’ to it. Despite having a classic style, how do you manage to surprise your audience? 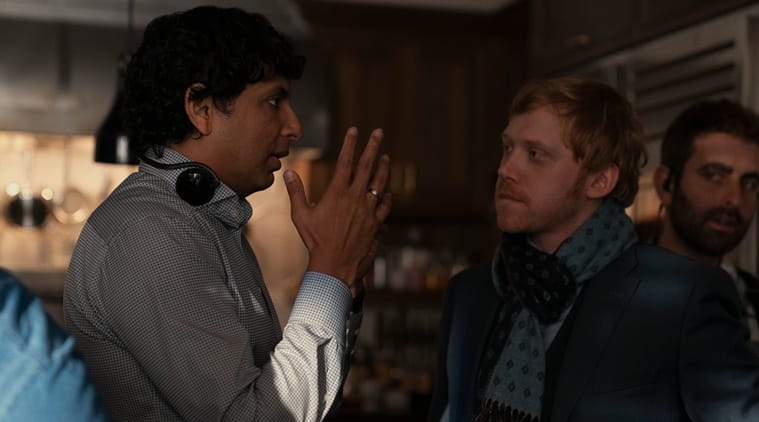 We usually see makers putting out a large chunk of the story in the trailer. This hasn’t happened in Servant. Why so?

We have been working really closely with Apple. They have an amazing marketing team, and we have had a wonderful time. The way I tell stories is very insinuative and very slow — it works very well in the tease format. And so the reason to watch the show is to find answers and learn, but you don’t want to show them. So it’s how can we get them to that feeling of “I need to know the answer.” So certainly showing it is not right.

Streaming services have made content available on phones and tablets. Do you think that takes away from the cinematic experience?

As I understand it, I still think some 80 per cent watch it on their computers or on television, versus a tablet or a phone, so that gives me comfort that they will watch it in the best form they can watch at home. And maybe if they are really involved in it, they will keep moving it to a larger screen as they watch it. The global reach of content has changed dramatically. Movie stars like Priyanka Chopra are just as popular in the West as they are in India. What do you think led to this change?

We still have a long way to go. It’s still America that decides what is popular. The good news is we are the country becoming more and more interested in the audiences around the world. So it’s starting to change that way because they see the commerce in it. And for me on a personal level, it’s amazing because I, for non-commerce reasons but world view and family reasons, like to think about other countries. For me, the United States is one market among all of them. So I like this trend towards that. For me, the international market is a big, big deal. It was one of the reasons I chose Apple because they had a very strong international arm.

The landscape of Indian cinema has changed quite a lot in the last few years. Are there any films that you have seen and liked?

I have to say I watch a lot of cinema and I get recommended cinema, whether it’s Scandinavian or Korean or Latin American cinema. I haven’t, strangely enough, become super versed in the more erudite or art-house cinema coming out of India. But I would love to start to become steeped in it.