Loki episode 6 gave the perfect finale to the Tom Hiddleston-starrer Marvel web show. Though the season ended on a cliffhanger, it introduced a new powerful character for Phase 4. 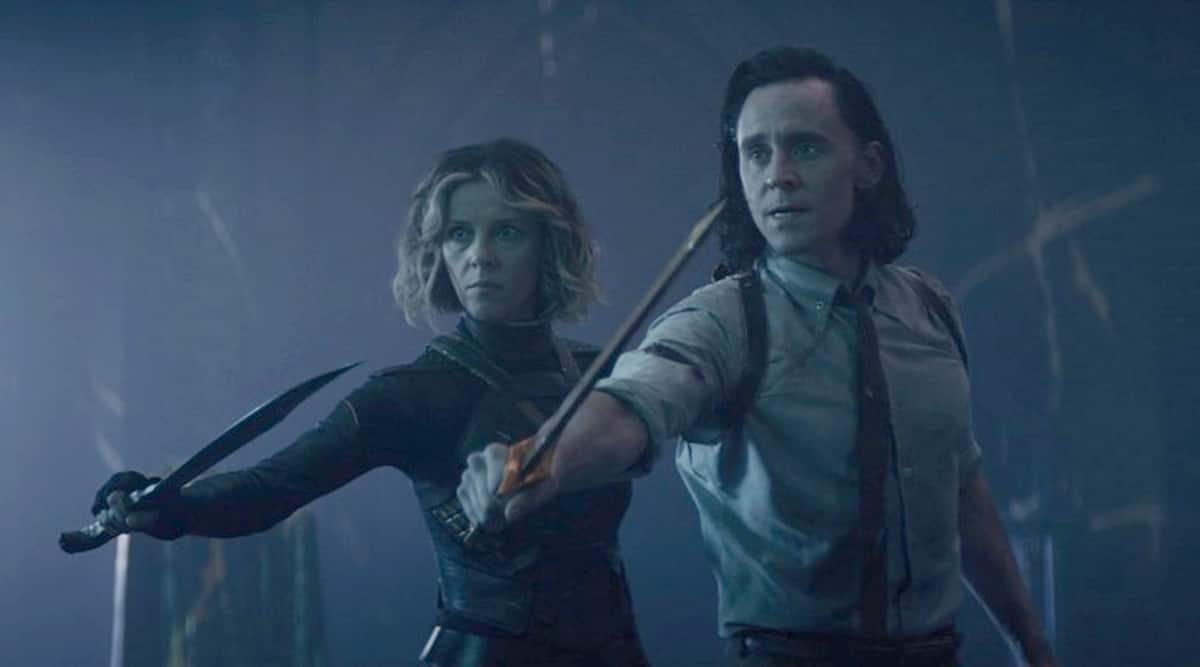 The makers confirmed at the end of Loki finale, that a second season was on the cards. (Photo: Screengrab/Disney Plus Hotstar)

The multiverse has finally opened in Marvel Cinematic Universe, and things are not going to remain same with timelines getting messed up. The finale of Loki was as decisive as fans had expected, and its events are going to have a ripple effect on everything that lies ahead in the MCU.

Loki episode 5 ended with the two Variants defeating Alioth in The Void, and standing hand-in-hand as a single entity, at the helm of the Citadel. We knew that the fort-like structure at the End of Time belonged to the mastermind who runs the TVA. But who emerges out of it, was the trigger point of its finale. 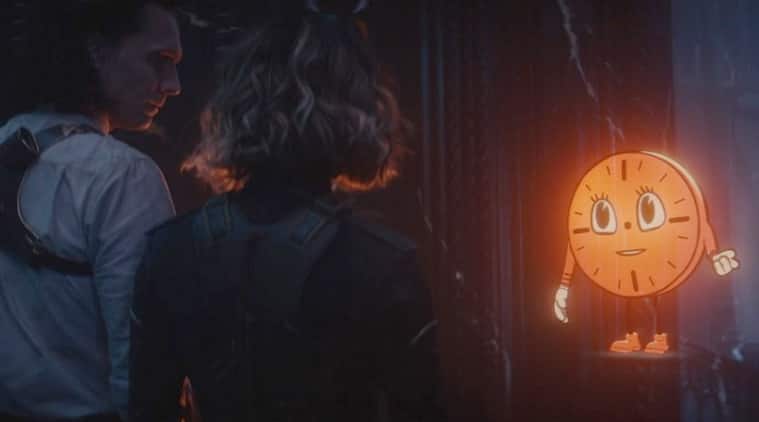 Loki episode 6, also its finale, begins with the two Lokis crossing a portal that houses an asteroid with the Citadel at its centre. Once they enter, they are welcomed by Miss Minutes who congratulates them for completing their long journey. She offers them a deal to go back to their respective lives with everything they’ve longed for, or have lost in their lives.

She promises Loki a win in the Battle of New York, defeat of Thanos and throne of Asgard, with Infinity Gauntlet thrown in. Sylvie gets to lead a peaceful life around people she can trust and love. But, for this, the two need to let go of their plan to destroy the TVA and reveal its truth. After a moment of emotional rush, Loki and Sylvie decline, and proceed to meet the main man behind the Time Variance Authority. 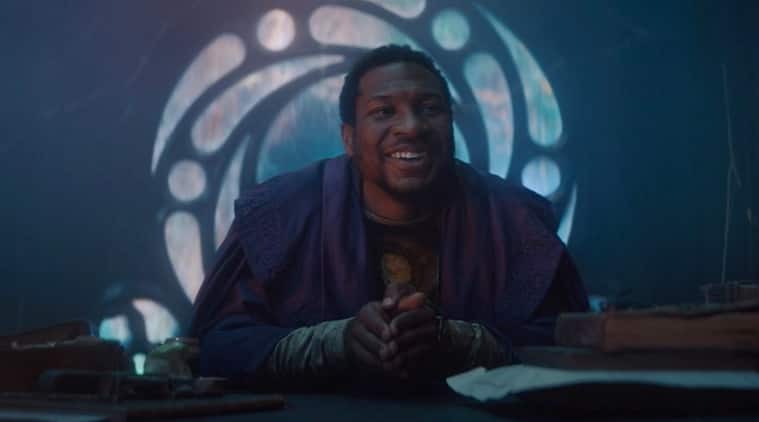 Actor Jonathan Majors has already impressed as He Who Remains aka Kang the Conqueror. (Photo: Screengrab/Disney Plus Hotstar)

Enter a new character in the MCU – ‘He Who Remains’, the brain behind the corrupt organisation, proving Sylvie’s claim that TVA is indeed not the real protector of time. He explains his origin and how, without his control, the Sacred Timeline would collapse and create the multiverse. This would lead to a clash between various evil versions of himself, who he was currently keeping at bay through TVA.

In the meantime, Mobius confronts Ravonna Renslayer for siding with the TVA, while she says she trusts the authority. She picks up some documents and flees the TVA using her TemPad. On the other hand, Hunter B-15 travels to the year when Ravonna was a school teacher to prove to her guards that TVA is indeed farce. Marvel kept its trend of a character against his own opposite version, as Loki and Sylvie get into a scuffle. (Photo: Screengrab/Disney Plus Hotstar)
Don't Miss These Stories
Click here for more

Back to The Void, He Who Remains says the two Lokis can rule over TVA as he’s impressed by their will, assuring that they’ll be reinserted on the Sacred Timeline, and can co-exist in the same world without disrupting anything.

“You know you can’t get to the end until you’ve been changed by the journey. This stuff, it needs to happen.” 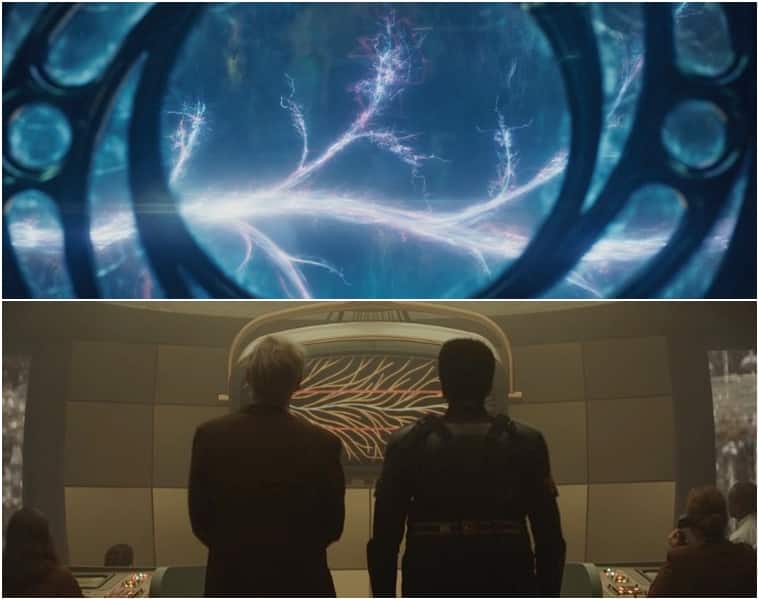 The scattering of the Sacred Timeline in Loki has opened up flood gates for Doctor Strange in the Multiverse of Madness. (Photo: Screengrab/Disney Plus Hotstar)

While Loki trusts He Who Remains’ claims, Sylvie has her doubts. The two Variants get into a scuffle as Loki tries to convince Sylvie that he doesn’t want the throne, but her safety. He pleads to her to believe in him as the two share a moment of silent love and a kiss. But, Sylvie quickly uses the TemPad and sends Loki back to the TVA, picks up her dagger and digs it deep in He Who Remains’ heart.

Also read |Loki creator explains that surprising romance: ‘It felt right in a series about self-love’

Sylvie breaks down after killing He Who Remains, but we see the Sacred Timeline breaking into hundreds of pieces, creating havoc at the TVA. As Loki runs to Mobius and Hunter B-15 to tell them all that happened at the Citadel, the two refuse to recognise him, suggesting that the tampering of the main timeline has caused an adverse effect. Kang the Conqueror is supposedly the new villain of Marvel Phase 4. (Photo: Screengrab/Disney Plus Hotstar)

The episode ends with a pan shot from a confused and worried looking Loki to a big statue at the TVA, where the three Time Keepers stood earlier. Now, there’s just one statue – of He Who Remains, in the avatar of Kang the Conqueror, presumably the new super villain of Marvel’s Phase 4.

Also read |Loki: Is Sylvie the Enchantress from the comics? Sophia Di Martino reveals the truth

‘Loki will return in season 2’ – this shot in post-credit is already intriguing fans!