Sandwiched Forever actor Kunaal Roy Kapur: Everything that’s offered to me is in the comedy space

Actor Kunaal Roy Kapur shares why he is ready to do comedy forever, and what made him say yes to Sandwiched Forever. 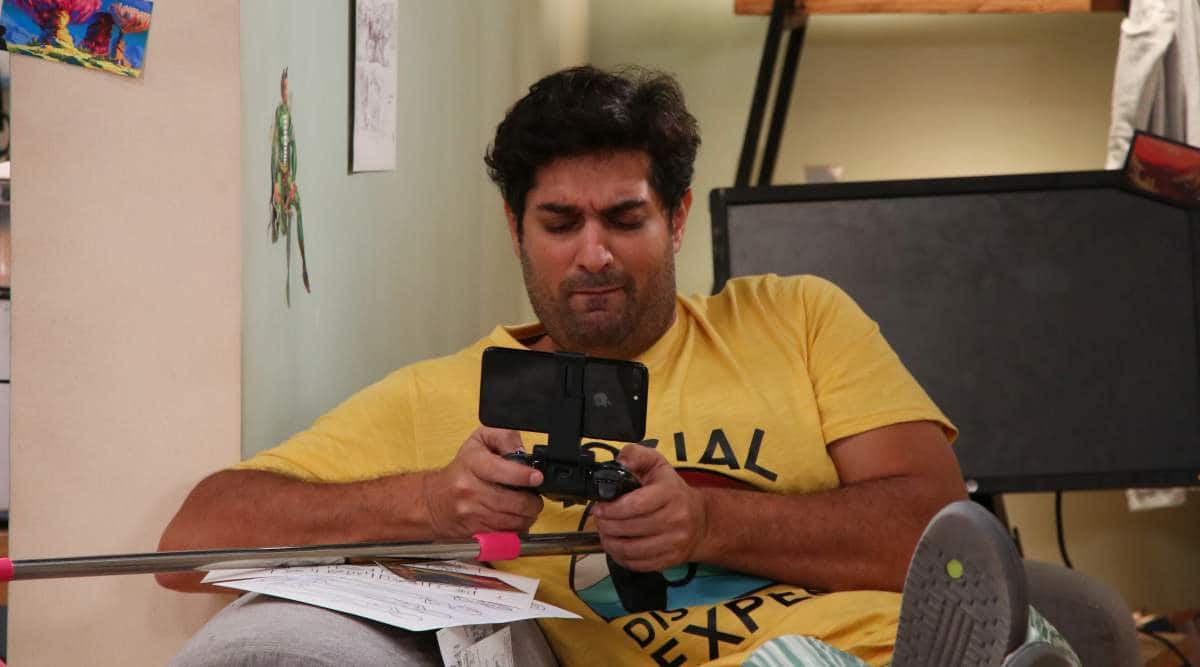 Sandwiched Forever is streaming on SonyLIV.

Going by the trailer, Kunaal seems to be at his comedic best in the series directed by Rohan Sippy. For him, the format of the sitcom is unique, and every character has been etched well. Though he has returned to the comedy genre after successful stints in series like Bandish Bandits and TVF Tripling, Kunaal doesn’t mind doing comedic roles repeatedly. He tells indianexpress.com why he is ready to do comedy forever, and what made him say yes to Sandwiched Forever.

Sandwiched Forever seems to be a very quirky title. How do you think it justifies the theme of the show?

The title is justified because of the situation that this couple finds themselves in. They set out to make a life on their own and be this nuclear family only to find that they are sandwiched between both their parents. They thought they would be living life on their own terms and will have their own space, their own house, but this is what they have been struck with. So, that’s why Sandwiched Forever.

How did you come on board? What was appealing about the series?

There are a couple of things. One is that the format is very unique. They do it abroad all the time with shows like Big Bang Theory, Friends and Seinfeld, where they rehearse for a few days, and then they perform it in front of a live audience. It’s pretty much shot live in front of a live audience, and that was the intention with Sandwiched Forever as well. But unfortunately, when we were just about to start, coronavirus and the lockdown hit. Then, we had to pick it up a few months later without the live audience, but the format stayed the same: rehearsing it and shooting it in a flow. All the actors who are a part of it have had theatre experience, and I think that was a big appeal because to execute this format, you need people with a slightly different skill set. Then, the characters that we created had their own sort of quirk and strong character traits. Ultimately, what appealed to me was the well etched out characters, a unique setup and format, which we haven’t explored enough in India. And, how was it shooting amid the pandemic? Was it challenging?

It was very challenging. Of course, we had to drop the live audience idea. But still, there were so many people together in a closed environment. So, the Sony team arranged a separate agency whose only job was to make sure everyone is following COVID-19 protocols. Every prop which was given to us, every costume that was given, everything that we were interacting with was sanitized. Still, it was tough to work in that environment. Actors were still without masks while they were shooting, but the poor makeup artist and hairstylist had to be in the PPE kit. To be creative, productive, free and fluid in such a situation where people are looking like astronauts around you is not the easiest thing. Everyone was tensed.

You too are married. Do you also feel married couples get sandwiched between their parents? Can you relate to the show?

Lately, the audience’s taste in web series has been dominated by crime thrillers. Are you apprehensive about Sandwiched Forever striking the chord?

I agree there has been a lot of stuff out there which is dark, gritty and hard-hitting. But that stuff doesn’t get a voice on a normal television. That’s why we’ve had this sudden outburst of such stuff on the digital medium. It’s important and great that such content is being made, and things will get more and more refined as we go along. Comedy, however, has been more of a television thing. I don’t think we have a lot of comedy on OTT platforms. And, because of the lack of such simple comedy on OTT platforms, I am hopeful that Sandwiched Forever will work.

You have been loved in the comedy space. Do you feel like you end up gravitating towards to it again because it is like a safe space for you?

No, it’s just the stuff that is offered to me. Everything that’s offered to me is in the comedy space. Even with my comedic characters, I try to make them not just comic fluffs. I try to give them some depth, and they have some resonance and relevance to the story. So, even though my character may be comedic, he is definitely an important part of the plot and the whole story. So I really enjoy playing these characters, but it doesn’t mean that that’s the only thing I have to offer. Of course, I would love to do more drama and maybe play an antagonist. But, honestly, I’m fortunate to do what I love doing and making a living out of it. So I’m not complaining. If I never get a serious role in my life and only get comedy roles, I’ll be fine since I will still be getting work.

You were among the first few to explore the digital medium. What do you think about its growth?

The growth of OTT platforms was inevitable. With almost everyone having access to the internet, it’s going to get even bigger and bigger. However, I feel the lines are blurring. The line between the quality of OTT content and the content in films is almost blurred now. Even web shows have film level production. Nobody is scrounging on budget. The focus now is on the material. Money is being spent on the right areas. That’s why the opportunities for good actors on OTT have grown so dramatically in the last few years. Everyone is not just waiting for those film opportunities now. They can showcase all their talent on an OTT platform, and I think that’s wonderful.