Everything we know about WandaVision

Elizabeth Olsen and Paul Bettany's Disney+ series WandaVision takes place after Avengers: Endgame. Since Vision was killed by Thanos in Infinity War and was not among those who came back in Endgame, this raises an obvious question.

WandaVision will arrive in the spring of 2021.

WandaVision is an upcoming Disney+ series that will follow Elizabeth Olsen’s Wanda Maximoff and Paul Bettany’s Vision. We have known that the series has been in development for a long time, but the first official announcement was made at the Marvel Studios panel of San Diego Comic-Con 2019.

Marvel Studios chief Kevin Feige confirmed the series takes place after Avengers: Endgame, and not on the life the characters spent in Scotland before Avengers: Infinity War. Since Vision was killed by Thanos in Infinity War and was not among those who came back in Endgame, this raises an obvious question.

And the obvious answer may be time travel — Wanda loved Vision so she is not going to rest when time travel tech is available and he could be brought back. This could open a whole new can of worms, though.

Apart from Wanda and Vision, the series will also have an adult Monica Rambeau. The character appeared as a child in Captain Marvel (as the daughter of Lashana Lynch’s Maria Rambeau). Teyonah Parris will play the adult version of the character. Akira Akbar played the role in Captain Marvel.

Like all other Disney+ announcements, the plot details are currently under wraps. Wanda is also confirmed to make an appearance in the sequel to Doctor Strange titled Doctor Strange in the Multiverse of Madness.

WandaVision will arrive in the spring of 2021. 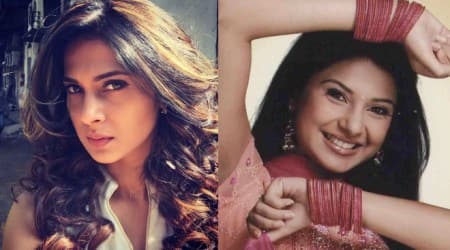