Directors Ashwiny Iyer Tiwari and Nitesh Tiwari spoke about making Break Point and getting tennis legends Leander Paes and Mahesh Bhupathi to tell their story in the ZEE5 web series. 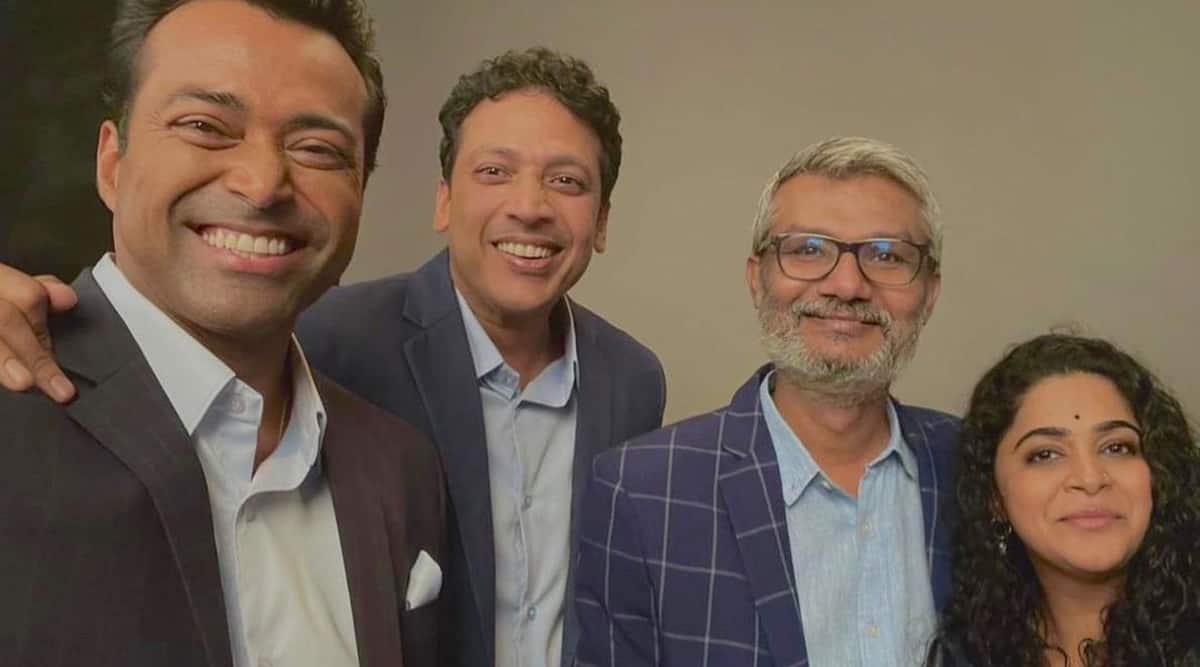 For director-duo Ashwiny Iyer Tiwari and Nitesh Tiwari, Break Point was a once in a lifetime opportunity. “We got a call from Collective Artists one afternoon. I still remember that we had just finished the household chores and Nitesh was having his favourite mithai,” Ashwiny said, to which Nitesh added, “When Ashwiny asked me if we should do it or not, I said of course. Aur maine muh pehle hi meetha kar liya tha!”

The filmmaker couple, who are now presenting the story of tennis legends Leander Paes and Mahesh Bhupathi in the web series Break Point, got candid with indianexpress.com about directing a different format, and whether they thought the story of Lee-Hesh had enough drama to keep the audience engaged.

Break Point fell in the lap of Ashwiny and Nitesh during the uncertainty of the pandemic last year. Ashwiny said the show gave them hope and gratitude. “We were actually using our minds creatively and writing their story. That made us move through, talk to Leander and Mahesh through video calls. Then when we met them, it felt as if we’ve known them forever.”

Break Point is a telling narrative of Leander and Mahesh’s on-court partnership and their off-court lives. The seven-part web series unravels their story of grit and determination, and throws light on their bitter breakup and how they struggled with handling their meteoric rise.

While Leander and Mahesh called Break Point ‘a great healing journey’, it was a different ball game for the directors despite making films round the theme of sports in the past.

Nitesh, who’s delivered one of the biggest sports dramas in recent times, Aamir Khan starrer Dangal, apart from Sushant Singh Rajput’s Chhichhore that also won a National Film Award for Best Feature Film in Hindi, said “I love challenges. I love new ways of storytelling, and this was probably one of the most challenging ones because this was straight out of our comfort zone. If you ask us to make a film, we can do it maybe half asleep also, but to be able to tell a series which is being narrated by the people whose story it is, and to be able to get the best out of them, to be able to help them not hold back. If they wanted to laugh, they should laugh; if they wanted to break down, break down.”

Ashwiny, who’s made Panga starring Kangana Ranaut that revolved around kabaddi added, “I think the base itself was very different because we have made movies, but we have not made a documentary web series. But every story has a beginning, middle and end and we cannot run away from that as storytellers. The only difference here was that we had real people and we didn’t had to make any one act for them.”

Nitesh agreed as he further shared that they know the plot points in a screenplay, but not in a series like this. “And you’ve not written the dialogues either, you’ve not written anything. That to me was very challenging, and at the same time rewarding also, because when the end result turns out to be more than your expectations, it becomes even more rewarding.”

Break Point will begin streaming on ZEE5 on October 1.