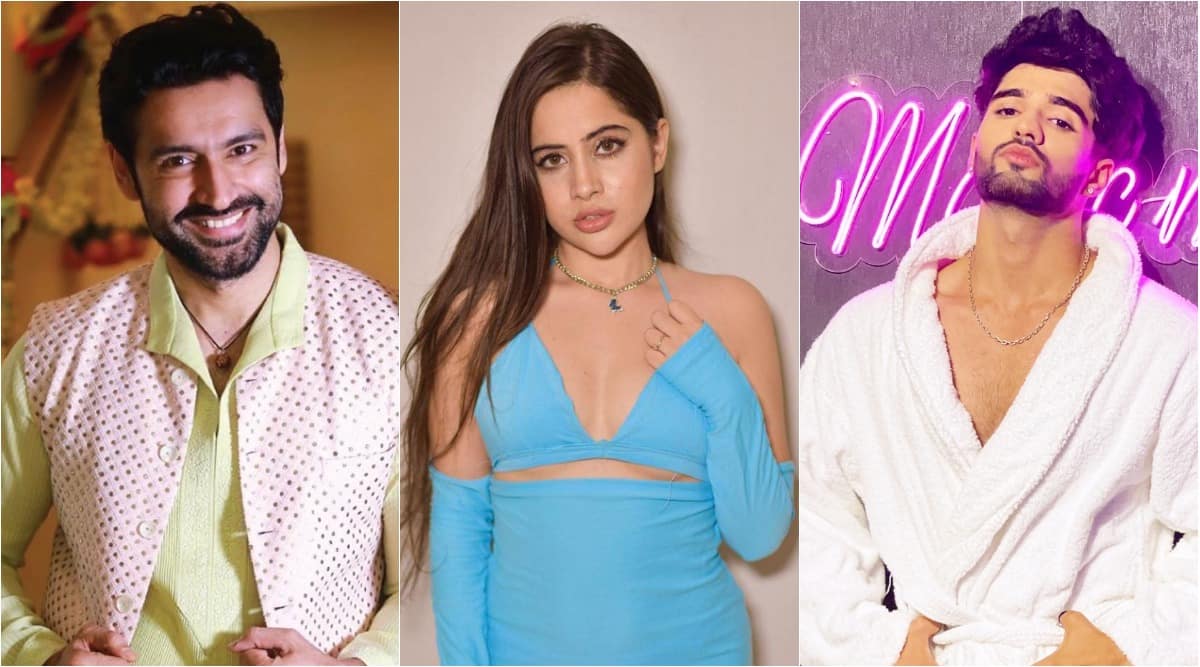 Karan Johar hosted Bigg Boss OTT is just around the corner and fans have been left guessing which celebs would be locked inside the house. The digital version will see 12 contestants fighting it out for 12 weeks to win the trophy. The top performers will also get a chance to feature in Bigg Boss 15 hosted by Salman Khan.

After revealing Neha Bhasin as the first confirmed contestant, makers have now dropped teasers of the next two inmates. The first teaser features Bollywood actor Karan Nath, who is known for playing the lead role in films like Paagalpan and Yeh Dil Aashiqanaa. In his promo video, the actor is seen flexing his muscles and showing off some ‘heroism’.

The next confirmed contestant is Kumkum Bhagya actor Zeeshan Khan. He recently made headlines after he decided to fly in a bathrobe. He recorded his heated discussion with the airlines objecting to his ‘outfit’, which soon went viral on social media.

Others who are confirmed to get locked in the Karan Johar-hosted show are Ace of Space 1 winner Divya Agarwal, television stars Ridhima Pandit and Rakesh Bapat. Interestingly, both of them had played the lead in Bahu Humari Rajni Kant. Puncch Beat 2 actor Urfi Javed, known for her bold social media image and MTV star Pratik Sehajpal will also join the show.

While TV actor Manasvi Vashisht was said to join the show, the actor’s team informed that his participation was put on hold at the last minute. Choreographer Nishant Bhat will now replace him in Bigg Boss OTT. As per reports, Bhojpuri actor Akshara Singh and singer Milind Gaba have been the last-minute recruits for the show.

The contestants have already been placed under quarantine and they will undergo a final Covid-19 test on August 7, post which they will shoot for their entry performance. The grand premiere shoot with Karan Johar will happen over the weekend.

Bigg Boss OTT will air Monday-Friday, 7 pm, and on weekends at 8 pm on Voot. The audience will also get 24X7 access via live streaming on the platform.