The bilingual Telugu-Hindi film is touted to be about the mysterious sinking of the PNS Ghazi submarine. 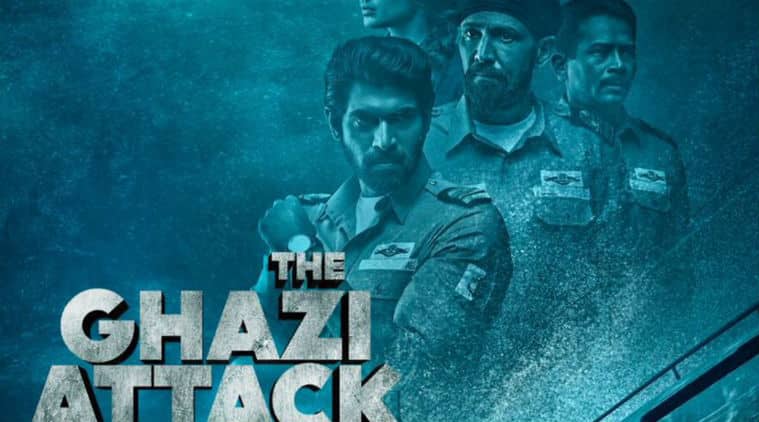 Stepping up the excitement quotient ahead of the release of The Ghazi Attack, Rana Daggubati shared a confidential and redacted document of Pakistan navy related to the investigation of the submarine that sank during the Indo-Pak 1971 war. “Redacted documents from the war you don’t know about. #TheGhaziAttack,” shared the actor on his Facebook page along with the document.

The document of the “Official Investigation Regarding PNS Ghazi” of the Pakistan’s Department of the Navy have a lot of details about the probe.

The bilingual Telugu-Hindi film is touted to be about the mysterious sinking of the PNS Ghazi submarine. Reports suggest that Indian Navy credits destroyer INS Rajput for the sinking of Ghazi while Pakistan claims that either an internal explosion or accidental detonation of mine led the blast of the submarine. We can only wait and watch what the film has to show us.

While Rana is essaying the role of a Naval officer Lt.Commander Arjun Varma of Indian Navy, Taapsee will be seen portrayed a refugee in the film. The film also features Kay Kay Menon, Atul Kulkarni and late actor Om Puri playing crucial roles.

The Ghazi Attack is directed by debutant Sankalp Reddy and is said to be partially based on his own book, Blue Fish. The film is bankrolled by PVP cinema and Matinee Entertainment and will hit the screens on February 17 this year. It will be distributed by Karan’s Dharma Productions.

Ghazi will be another Tollywood movie with the war backdrop after the recent National Award-winning movie Kanche, which is based on Nazi forces in World War II.