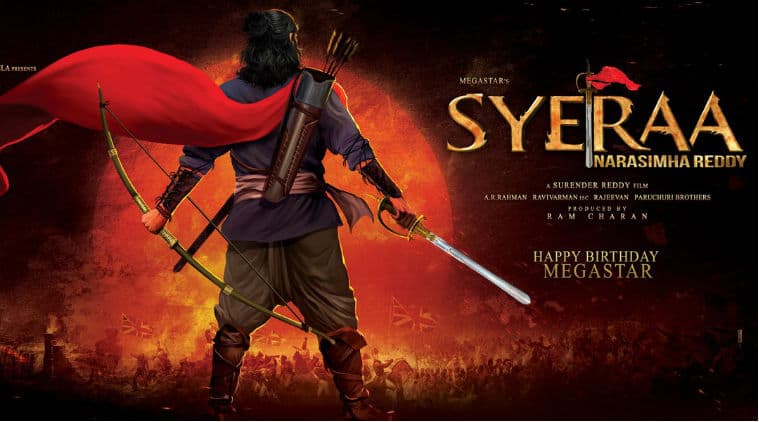 The award-winning stuntman has worked on blockbusters like The Bourne Ultimatum, Skyfall, Avengers: Age of Ultron, Fast & Furious 6 and Hercules. He has lent his expertise to hundreds of films and TV shows made around the world. Powell is not new to working on Indian films. He was the stunt coordinator for Salman Khan’s Prem Ratan Dhan Payo that came out in 2015.

Actor Sudeep took to Twitter to express his excitement of working with Greg. “That’s Greg Powell… the very popular London based stunt choreographer who’s done amazin work in Hollywood. LIke Skyfall, Harry potter n the deathly Hallows, Fast & Furious 6,, to name a few. He was to do The Villain but missed out. Got an oppertunity to work wth him in SYERAA(sic),” he tweeted.

Sye Raa Narasimha Reddy is directed by Surender Reddy. The shooting of the film is going on at a steady pace. Recently, the filmmakers roped in Tamannaah Bhatia for the project, which already stars Nayanthara, Sundeep, Vijay Sethupathi and Jagapathy Babu among others in important roles. Bollywood superstar Amitabh Bachchan will be seen in a cameo in the film, which is being made on an estimated budget of Rs 200 crore.

The filmmakers have also assembled a solid technical crew, including cinematographer R Rathnavelu. Produced by Ram Charan, the film will be released in Telugu, Hindi and Tamil.

Winning Hong Kong event has given me a boost: Karman Kaur Thandi