SS Rajamouli’s RRR delayed, producers say they were ‘left with no choice’ amid Covid-19 curbs

The release of SS Rajamouli's RRR, starring Ram Charan and Jr NTR, has been delayed again. The film was slated for a January 7 release. This is the second film after Jersey to be postponed. 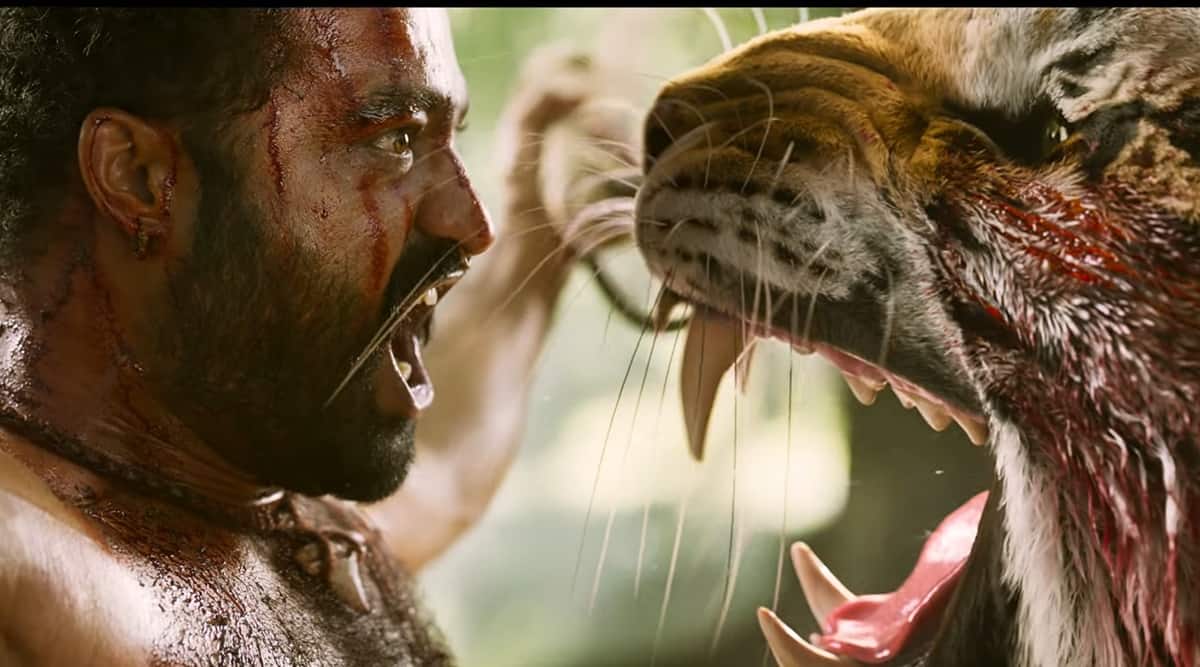 A still from RRR.

RRR, the big-budget period drama directed by SS Rajamouli, has been delayed. The film was slated for a January release, and promotions were all in full swing. In a statement on Saturday, the producers said that they were ‘left with no choice’ after several states imposed new restrictions to tackle the increasing COVID-19 numbers in the country. The news comes days after Shahid Kapoor-starrer Jersey was postponed hours after Delhi announced ‘Yellow Alert’ amid rising Covid cases.

“Inspite of our relentless efforts, some situations are beyond our control. As many Indian states are closing theatres, we are left with no choice but to ask you to hold on to your excitement. We promised to bring back The Glory of Indian Cinema, and at the right time, WE WILL,” the statement read.

Keeping the best interests of all the involved parties in mind, we are forced to postpone our film. Our sincere thanks to all the fans and audience for their unconditional love. #RRRPostponed #RRRMovie pic.twitter.com/JlYsgNwpUO

Also read |SS Rajamouli on Alia Bhatt and Ajay Devgn’s roles in RRR: ‘They are cameos, won’t cheat my audience’

RRR stars Ram Charan and Jr NTR as freedom fighters Alluri Sitaraman Raju and Komaram Bheem, respectively. The film also features Alia Bhatt and Ajay Devgn, but Rajamouli clarified that they appear in cameos. In an interview to indianexpress.com, he said, “They are playing cameos in the film, I am not going to cheat the audience about it. In terms of importance, they are equally and sometimes they are more important than the heroes themselves.”

Mounted on a massive budget, RRR was expected to ride on the success of December releases Spider-Man: No Way Home and Pushpa: The Rise. But in recent days, several states have imposed fresh restrictions. In Delhi, theatres have been ordered to be closed entirely, while Maharashtra theatres are running at 50% capacity. It was also announced that theatres in Mumbai will have to hold final shows by 8 pm.

Budgeted at a reported Rs 400 crore, RRR was supposed to release in Hindi, Tamil, Telugu, Kannada.