Posting an image of the film's poster, Jr NTR tweeted, “Congratulations @MMKeeravaani Garu and @boselyricist Garu on achieving another well-deserved and monumental feat... This song will forever hold a special place in my heart.” Three Indian entries made it to the final nominations of Oscars 2023 on Tuesday, with Naatu Naatu, the track from S S Rajamouli blockbuster RRR that made many Hollywood stars dance to its beats, nominated in the Best Original Song category.

RRR was released in 2022 to blockbuster box office success.

The Last Film Show, India’s official entry in the Best Foreign Feature Film category, however, did not make it past the shortlist. So far, the only other films from India to have been nominated at the Oscars have been Mother India (1957), Salaam Bombay! (1988), and Lagaan (2001).

“We are utterly beside ourselves with joy and a bit lost for words at this moment,” Sen, director of All That Breathes, told The Indian Express. “ I want to offer my deepest, most heartfelt thanks to our incredible characters and the whole film team and I am grateful to the Academy.”

All That Breathes, critically acclaimed at multiple film festivals, including a win in the Best Documentary categories at Sundance and Cannes film festivals, tells the story of two brothers in New Delhi who rescue ailing black kites falling from the sky against the backdrop of religious unrest in February 2020.

Soon after the announcements, the official handle for RRR tweeted, “We created history! Proud and privileged…” The song, written by Chandrabose and sung by Rahul Sipligunj and Kaala Bhairava, featuring protagonists played by Jr NTR and Ram Charan, has become an unexpected cultural phenomenon in the West over the past year. It was shot in front of Ukrainian President Volodymyr Zelenskyy’s residence and its iconic dance step has become a sensation online.

Posting an image of the film’s poster, Jr NTR tweeted, “Congratulations @MMKeeravaani Garu and @boselyricist Garu on achieving another well-deserved and monumental feat… This song will forever hold a special place in my heart.”

Ram Charan tweeted, “What brilliant news! Truly an honour to see Naatu Naatu nominated for the Oscars. Another very proud moment for us & India…”

The Elephant Whisperers is a 41-minute documentary directed by Gonsalves, with a half-a-decade-long reportage at the heart of it, exploring a love that goes beyond boundaries of blood, community and species. It follows the lives of an ageing couple of the Kattunayakan tribe in Tamil Nadu who become parents to two orphan baby elephants. 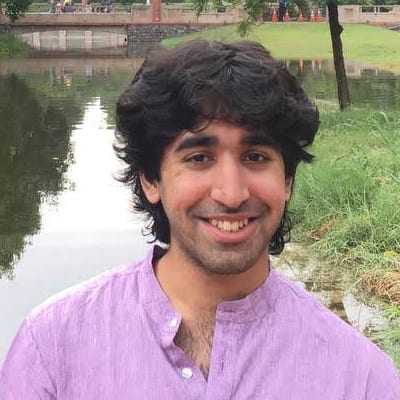 Udbhav SethUdbhav works with the features team at The Indian Express.... read more