Saindhav teaser: Venkatesh’s next has a Kamal Haasan-starrer Vikram hangover 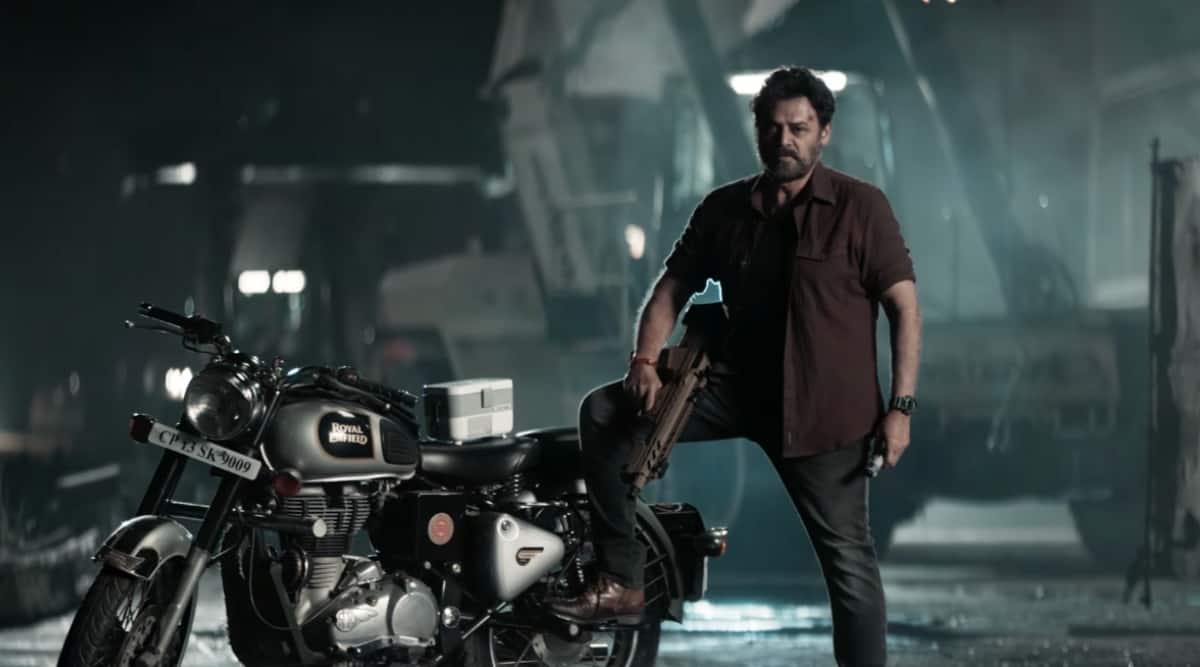 Venkatesh Daggubati, who is fondly known as Victory Venkatesh, is gearing up for his 75th film, which was tentatively titled Venky75. Now, along with a teaser, the actor has revealed the title of the film. Titled Saindhav, the movie will be helmed by Sailesh Konalu, who is known for directing HIT 2.

Sharing the promo, Venkatesh wrote, “My next is a very special film.” The intriguing teaser has the titular hero taking out a veil from a box and walking inside a container with stacks of boxes. When he walks back to his bike, he is seen carrying a heavy automatic gun. As he strikes a pose, the camera zooms out revealing a bunch of injured guys lying on the ground. Venkatesh then says, “I am going to be here. Not going anywhere. Call him.”

The look of Venkatesh in Saindhav is reminiscent of Kamal Haasan’s Vikram. With a similar salt and pepper beard and blood stains on the face, it is hard to miss the similarities. Added to that are the gun and the dark lighting, which would make one think about the Tamil blockbuster. Looks like Venkatesh is also jumping on the bandwagon of the high-testosterone action films, which seems to be the trend currently.

The makers are yet to announce other cast members of the movie. On the other hand, the technical crew has cinematographer S.Manikandan and editor Garry BH. Tamil music composer Santhosh Narayanan has been roped in for the film, which is produced by Venkat Boyanapalli.

On the work front, Venkatesh will soon make his OTT debut with the Netflix series Rana Naidu. The show also stars Rana Daggubati in the lead role.