Nag Ashwin on Mahanati: The film is very honest

Based on the life of late legendary actress Savitri, the bilingual film is titled Mahanati in Telugu and Nadigaiyar Thilagam in Tamil. The film, which stars Keerthy Suresh and Dulqueer Salman in the lead, is set to hit the screens on May 9. 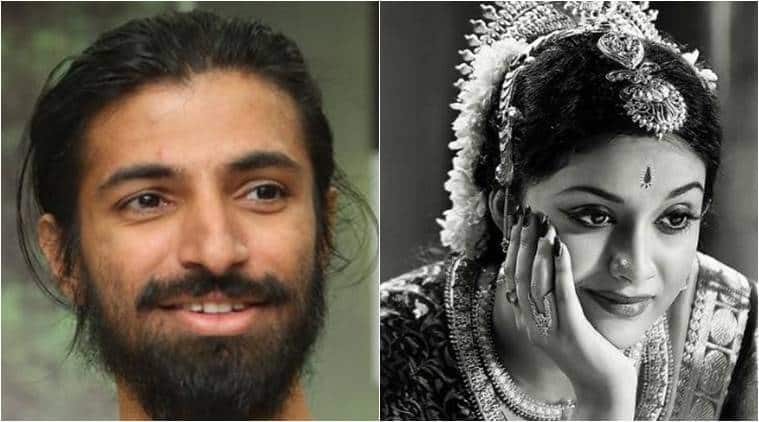 Keerthy Suresh and Dulqueer Salman starrer Mahanati hits the screens on May 9.

Director Nag Ashwin, whose labour of love Mahanati — on the life of late legendary actress Savitri — will release on Wednesday, says there was no need for any “cinematic liberty” for the movie as her own life was so full of highs and lows.

“That way, there’s no purposeful cinematic liberty in Mahanati. We have not forced any unnecessary things because there were enough highs and lows in her real story. We just had to space it out correctly. There was no need to add any heroism to it,” the director told IANS over phone.

A bilingual project, the biographical period film on Telugu cinema’s multi-faceted talent, is titled Mahanati in Telugu and Nadigaiyar Thilagam in Tamil. She acted in award-winning films and had a flourishing career as a director and producer as well, apart from being known for her philanthropic ways, but the latter part of her career saw her battle financial problems and alcoholism, which led to her decline.

Savitri started her career young. How did the team zero in on the aspects of her life to highlight in the biopic?

“It’s quite hard actually…the writing process of a biopic. When you write a real story, it’s always harder. But mostly if you see any biopic made in India or abroad, it’s mainly about a part of the person’s life. It’s not the full story of birth to death as mostly, the film medium doesn’t help. A TV series or now web series is a good medium.”

“But for us, trying to fit that into a film was quite hard… It took a lot of writing and trial and error. We managed to map it. So, that way, it’s a unique biopic because not many people do a full circle,” explained Ashwin, applauding Keerthy for having undergone a lot of transformations for her look in the film.

Produced by Priyanka Dutt of Swapna Cinema and presented by Vyjayanthi Movies, the movie features an ensemble of well-known actors, with Keerthy Suresh playing Savitri and Dulquer Salmaan essaying Gemini Ganesan. There are also Samantha Akkineni, Naga Chaitanya, Vijay Devarakonda, as well as a slew of other celebrated actors from the southern film industry.

Getting together such names from the industry “was quite stressful”, but a “complete pleasure”, says Ashwin.

“All of them were no-hassle and super-talented actors. They made the film better. I think all of them came on board out of pure love for Savitri garu and the history that the film wants to show… So whether it was a lead or non-lead, people became a part of it without inhibitions.”

At this point, he is more excited than nervous to see what the audience thinks of the movie. As far as the industry is concerned, he says there’s a sort of reverence people have for Savitri, and so, “there’s a lot of positivity”. Ashwin says he is not nervous because he is confident of what he has created.

“From the beginning, we just had one thing in mind — we wanted to keep it as honest as possible to her spirit, her story, to the facts… As far as that goes, we have achieved what we set out to do. There will obviously be people who had expected more or less, but I think we have done our bit. That way, there’s no pressure…because sometimes when you don’t do enough, then there’s pressure and you think what will happen? But because we did what we set out to do, we think it’s up to our expectations.”