In what we’ve seen in the trailer, Nani plays the role of a writer who goes by the pen name Pencil. He is a plagiarist who makes money by translating English movies into Telugu novels. Pencil comes in contact with a team of five women from different age groups. The main story seems to revolve around the protagonist’s efforts to aid the women squad in a mission to seek revenge from their enemy.

Talking about his latest film Gang Leader, Nani said, “Generally, revenge is treated as an intense emotion with a lot of violence and vengeful dialogues. In this film, we have treated that emotion in a fun and entertaining way. We know that Vikram makes entertaining movies but this film has brought out the comedian in him. If the audience at the theaters laugh as much as I did while he narrated the script, I believe this film will become a blockbuster.”

He added, “The five female members in the group are not related to each other. The only commonality that they share between them is that they are all hurt by the same villain. The age difference among them is an important element in the narration. We are not going into their backstories, but we will know what exactly happened to each one of them. All of them have a solid purpose to seek revenge.”

Follow all the latest updates about Nani starrer Gang Leader.

User @TolaniSimran tweeted, “Movie drags a bit towards the end. Abruptly ended but then it was an entertaining watch with nice mix of humor and feel good emotion. Great performances from everyone, especially by the leader Nani. 3.5/5 #GangLeader”.

Actor Aadhi wished his friend Nani and the rest of the team luck on Twitter. “#GangLeader has released near you! Wishing my dearest friend @NameisNani, @MythriOfficial, @Vikram_K_Kumar and the entire team a huge success. Go watch it in your nearest theaters! #GangLeaderFromToday,” he tweeted.

User @ganeshravuri tweeted, “#GangLeader is a surprisingly sloppy, uninspired film from Vikram Kumar. In-form Nani turns in a spectacular performance as Pencil Parthasaradhi, but is weighed down by sluggish writing. Disappointed”.

Lyricist Anantha Sriram spotted at a theatre with fans in Hyderabad

Anantha Sriram, the lyricist of Gang Leader, was spotted after watching the movie at a theatre in Hyderabad. 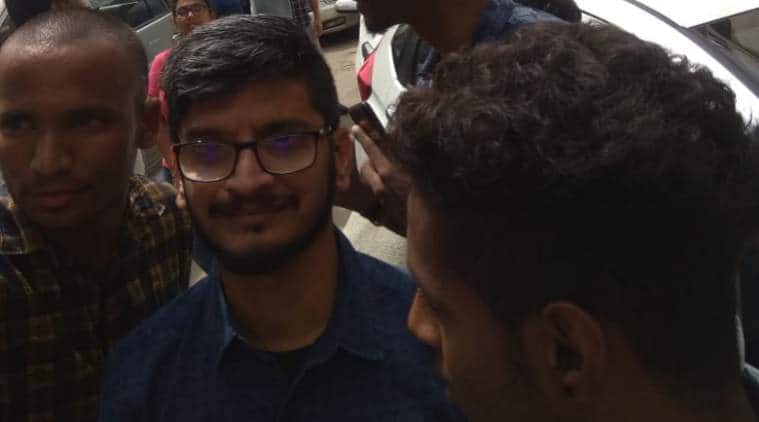 A user @anusha111997 posted on Twitter, "Just watched Nani’s Gang Leader! Seriously loved the film with the twists and suspense! The cast was amazing: @NameisNani @priyankaamohan @saranyaponvanan @ActorKartikeya! Everyone did super! Kudos to director @Vikram_K_Kumar for bringing such a film! #GangLeader"

'Good but not great'

“#GangLeader quite looses its flow around the pre-climax and then ends suddenly. But there are many heartwarming scenes, laugh out load moments, terrific BGM & songs and super performance from Nani that makes us have nice time in the movie. Good but not great,” tweeted @sushanthreddy.

User @Chitralahari_M tweeted, "@anirudhofficial super music brother, you gave life to the film #GangLeader Everyone did very well in the film including #sravani  neat screenplay, good writing and @Vikram_K_Kumar you proved again, you are story teller. Congratulations to whole team @NameisNani #PriyankaMohan.”  He further added, “And the remaining gang members also too good at their roles, totally #GangLeader is simple comedy entertainer and you will cry also. #GangLeaderreview @MythriOfficial congratulations to the producers."

Amitashh shared on Twitter, “Wishing @Vikram_K_Kumar @NameisNani a blockbuster with #GangLeader !! And to our rockstar, superstar, @anirudhofficial , you are a blessing to this world and all that you do inspires above and beyond. #Hoyna is my all time fav. #BGMking set to rage once again !! 🔥🔥🔥”.

Twitter user @rahulmanidravid said, “#GangLeaderreview #Gangleader is a thorough entertainer. It has a right dose of entertaining, enthralling, and emotional moments.Gangleader Nani successfully led the gang to a hit. 2019 is @NameisNani's year - #Jersey and now #Gangleader.”.

In an interview with indianexpress.com, Karthikeya said, “I closely observed Nani’s working style on the sets. The way he suggests improvisations, his involvement in the script and the character. He is involved with every department in the film production. He has enough knowledge about filmmaking that he can direct a movie. And, I used to ask him on what basis he select his films. I bothered him a lot. But, he patiently answered all my questions.”

A fan celebrates the release of Nani’s Gang Leader in Hyderabad. Nani said he hopes Gang Leader makes the audience laugh as much as he did while hearing the narration from Vikram. Sharing how the project fell into his lap, the actor said, "Vikram and I had been talking about working together for a long time. He is full of ideas all the time and we discussed many of them. During one such meeting, he pitched the story of Gang Leader and I liked it. And I was about to start shooting for Jersey then. By the time Vikram finished the script, I finished the shoot of that film. Following which, we immediately started shooting for Gang Leader."