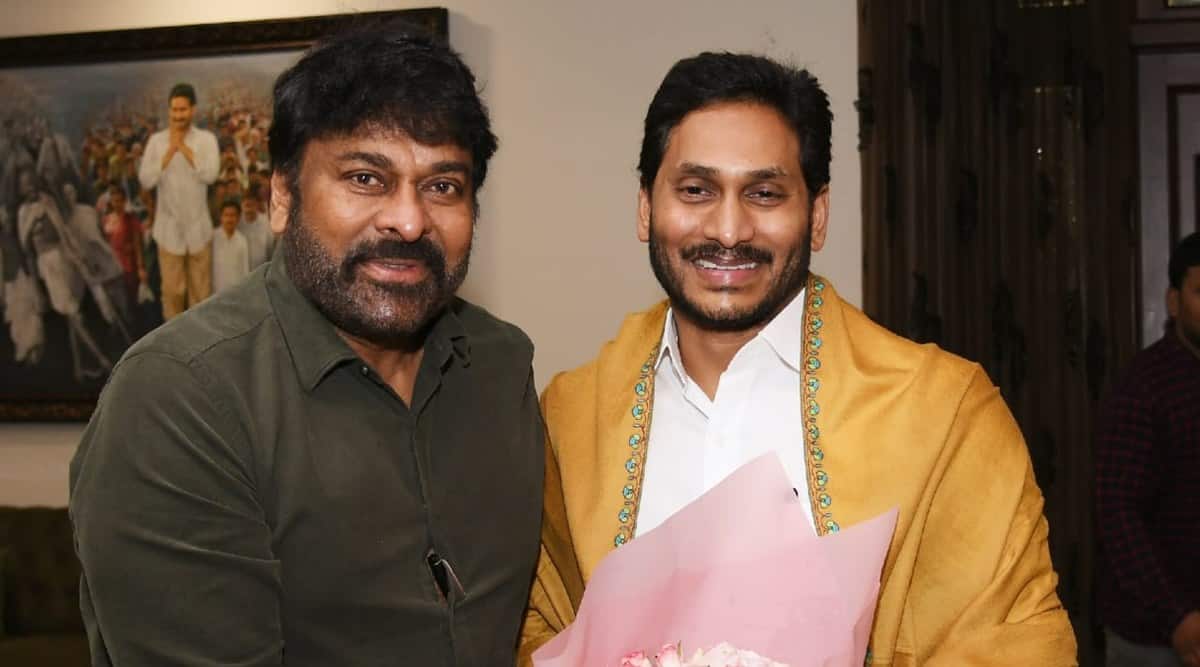 Amidst the ongoing row between the Telugu film fraternity and the government of Andhra Pradesh over the low cap on cinema tickets, actor Chiranjeevi met AP Chief Minister YS Jagan Mohan Reddy in Vijayawada on Thursday to discuss the problems of Tollywood and exhibition sector due to the coronavirus pandemic.

After completing his meeting with Jagan, Chiranjeevi interacted with the media and said, “My meeting with honorable Andhra Pradesh Chief Minister YS Jagan Mohan Reddy has ended on a satisfactory note. The Telugu film industry and the government of AP have had several misunderstandings in the past few months. The belief that the CM has put in me and his desire to listen to problems from the film industry’s perspective is a responsible and commendable approach.”

In Premium Now |Why Allu Arjun’s Pushpa is yet to break even in its home Andhra Pradesh: How cinema theatre ticket prices are affecting industry

“The plans to make entertainment available for all, the struggles of the film industry and exhibition sector — all have been discussed with the CM. He responded positively. He assured that the matters will be discussed in the committee, and a positive solution will emerge that is agreeable to both parties. He also said soon a new draft of rules will be made and a fresh Government Order will be issued soon. It is good news. On this occasion, as a son of the film industry, I would like to suggest (people from) the industry and exhibition sector not give any statements. Please exercise restraint. I hope within two weeks, a new government order will come out,” he added.

Chiranjeevi concluded, “When I spoke about allowing the fifth show in theatres for small movies, CM responded positively. It was a very fruitful meeting as he understood every issue. I will soon discuss with all industry people and associations about my meeting with the chief minister.”

The recent decision of the AP government to put a low cap on movie ticket prices led to a lot of discussion among celebrities and exhibition sector members in the Telugu states. With Chiranjeevi’s meeting with Andhra Chief Minister YS Jagan Mohan Reddy, an end to the ongoing row is expected soon.