Prakash Raj and Vishnu Manchu have seemingly taken a take-no-prisoners approach in their campaign against each other in the MAA elections 2021. 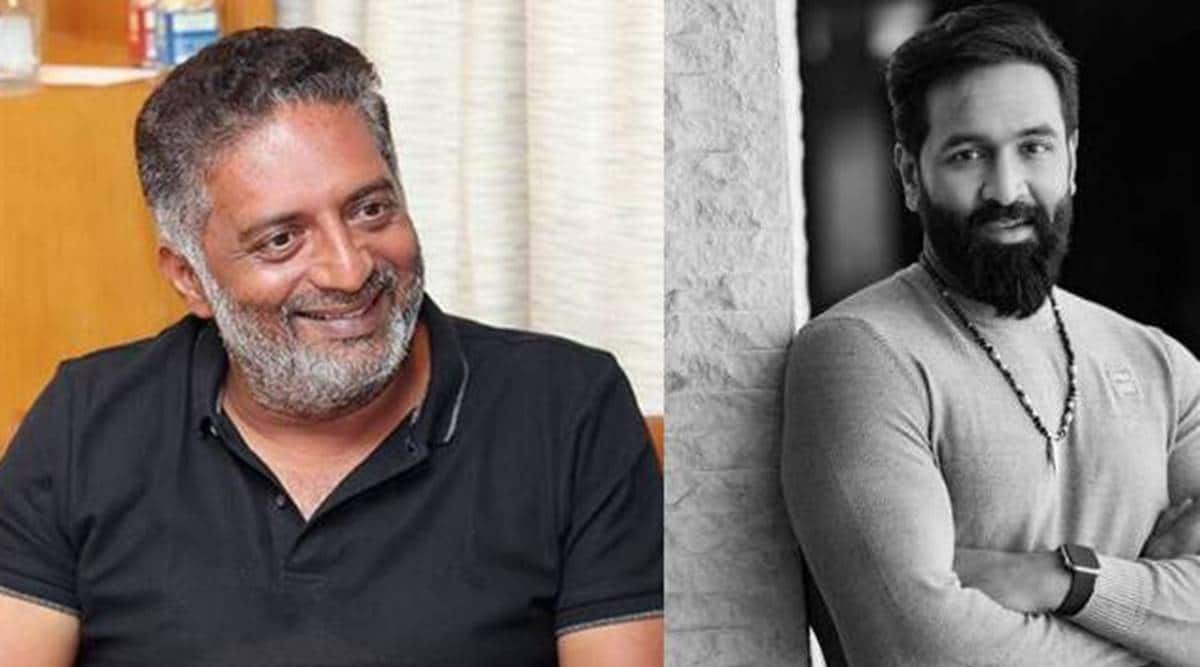 Prakash Raj and Vishnu Manchu are contesting for the MAA president post.

The ongoing campaign for the Movie Artists Association (MAA) 2021 elections is getting nastier and personal as the poll date draws closer. The new office bearers, including the president for Telugu cinema’s apex body, will be elected on October 10. And Prakash Raj and Vishnu Manchu have seemingly taken a take-no-prisoners approach in their campaign against each other.

Vishnu kick-started his bid for the MAA president post in June by politicking around his identity. While announcing his candidature for the MAA president post, he described himself as “the true son of the soil.” He distinguished himself as an “insider” from an “outsider” like Prakash Raj, who is also contesting for the top post. And that sort of became a precursor to a high-voltage contest.

Prakash Raj, a native of Karnataka, is a household name across South India. He has transcended language barriers with his performances in hundreds of movies as he can fluently converse in all four languages of south India. It became a flashpoint dividing the industry over Prakash Raj’s candidacy. Some leading names of Telugu cinema, including Naga Babu have openly come in support of Prakash Raj, lashing out at those painting him as an “outsider”, even as people who belong to Vishnu’s camp continue to make rhetorical statements on Prakash Raj’s identity.

The war of words between the rival camps have only intensified with just a few days left for the elections. Prakash Raj has levelled serious allegations of corruption against Vishnu Manchu. The former has accused the latter of indulging in unfair and unethical means to influence the outcome of the elections.

Prakash accused Vishnu of bribing those who opt to cast their votes through postal ballots. “The postal ballot system is for senior artists who live away from the city. There is a bylaw that ensures that ballot posting happens in an ethical manner. But even before the announcement, Mohan Babu and Manchu Vishnu have collected signatures from over 50 artists who are living in different cities,” Prakash alleged while seeking the election commission and disciplinary committee of MAA to take action against such practices.

Prakash Raj waved a few documents to the media claiming evidence that some unidentified person had paid ballot charges to the tune of Rs 28,000 on behalf of 56 voters.

In turn, Vishnu accused Prakash of creating a toxic environment by making a big fuss about everything. He claimed that he was not doing anything unlawful. “Prakash Raj should stop shedding crocodile tears. All his allegations are baseless as we never pay ballot charges for someone without their consent. As a presidential candidate, I’m campaigning and seeking votes by knocking on every single door. And Prakash Raj should also do the same and put an end to this drama,” Vishnu said.

Vishnu even justified paying the ballot charges on behalf of voters.

There was also buzz that Vishnu Manchu’s proximity with Andhra Pradesh Chief Minister Jagan Mohan Reddy will play a role in the elections. And a top minister from the government had to publically issue a clarification. “Neither Jagan Mohan Reddy nor YSR Congress nor the AP state government has any interest in the MAA elections,” said AP minister Perni Venkataramaiah.

The stakes are really high in the MAA elections. From invoking Telugu pride to allegedly bribing members for votes, this election is being fought hard. And when it’s all over, the power and relationship dynamics are likely to be altered for good.

About 26 positions will go to the polls this Sunday. And more than 900 members of the association will participate in the voting that will select the new executive body for the term of two years.

Lille and Marseille away fans banned from traveling in 2021